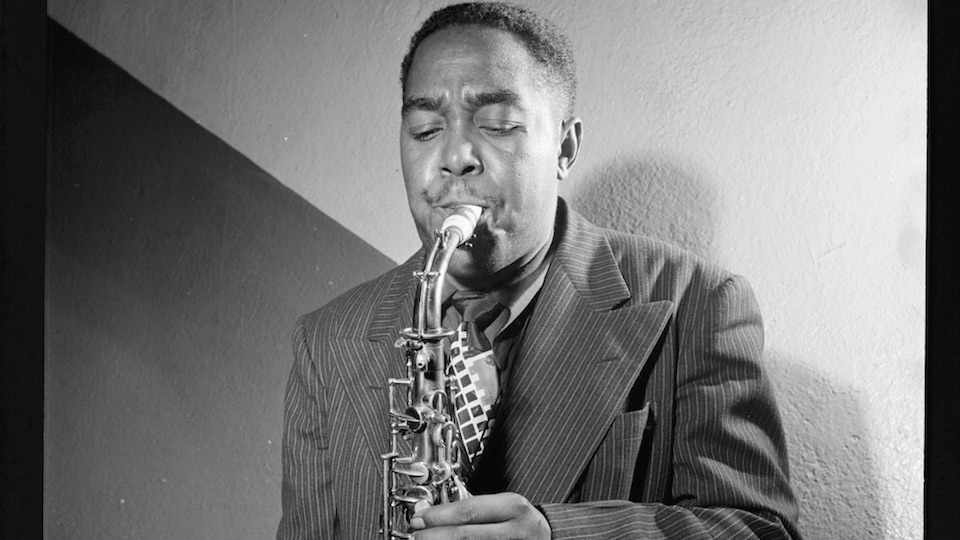 Back in the 1930s and ’40s, the signature sound for jazz music was dominated by a style called “Swing.” Take a listen to those classic World War II releases by Tommy Dorsey, Count Basie, Louis Armstrong, Glenn Miller, Duke Ellington, and Artie Shaw – songs like “Take the A Train,” “In the Mood,” “Minnie the Moocher,” or “Oo Bop Sh’bam.”  That sound was danceable and characterized by catchy melodies. Swing was usually delivered by large orchestras, often accompanied by vocals or scatting. Further, the melody was the driving force behind the song, and generally, the music was structured in terms of chord progressions, timing, and bridges.

At the same time during this era, a small group of jazz musicians began experimenting with what some would call “musically the opposite of Swing.” It wasn’t danceable. It was usually delivered by a small trio or quartet. It had a melody, but that was rarely the focus of the song. Instead, this style of jazz was music for musicians. The performers didn’t expect the audience to dance. They played for each other, improvising complicated runs of notes before returning to the melody. It required exceptional command of your instrument because of the speed of the phrases, as well as a deep knowledge of how to play in odd key signatures and timings. If you saw the movie La La Land, it was what Ryan Gosling’s character was pointing out when he took Emma Stone’s character to the jazz club: each musician would hand off to the other for improvisation and then return to the melody for a short bit before handing off again.

The father of this Bebop style was Charlie Parker. Unfortunately, mostly due to his heroin addiction, the world lost this musical genius at age 55. But for forty years, he worked with some of the most influential jazz musicians who embraced Bebop and helped Charlie make the style a permanent part of jazz. He partnered with Dizzy Gillespie and Thelonious Monk who encouraged Parker to sign up with Earl Hines and later Billy Eckstine. All of this contributed to Bebop becoming a familiar jazz style around the world.

Charlie Parker was born in Kansas City, Kansas in 1920 and grew up without a father figure.   He showed a proclivity for music, receiving lessons as part of his public-school education. He showed an exceptional talent for the alto saxophone (a gift from his mother) and eventually dropped out of school at age 15 to play alongside adults in night clubs across Missouri.  Parker joined Jay McShann’s jazz band in 1938 and went on a tour of Chicago and New York City. He liked New York and decided to continue performing there rather than returning to Kansas City. During his time in New York, Parker picked up the nickname “Bird” (short for “Yardbird”) and eventually led his own group of musicians.

Parker performed under a variety of record labels and with various influential musicians. In New York, the Birdland Club was named after him, and it was the venue of his last public appearance. He died in 1955 from pneumonia, but his death was also attributed to his nearly life-long addiction to heroin.

In celebration of the 100-year anniversary of Charlie Parker’s birth (February 28th), Craft Records released The Savoy 10-inch LP Collection that covers the music that Parker produced from 1944 to 1948. The collection includes carefully reproduced artwork and liner notes by Grammy Award-winning journalist and author Neil Tesser. Artists that can be heard with Parker in this set include Miles Davis, Dizzy Gillespie, John Lewis, Bud Powell, and Max Roach. If you want a taste of what to expect in the release, the Charlie Parker original composition “Koko” can be streamed on a variety of sites. That song is considered to be an early masterpiece by Parker, and in 2003 was added to the National Recording Registry as a recording that is “Culturally, historically or aesthetically important, and/or inform(s) or reflect(s) life in the United States.”

To this day, Parker’s sax playing is considered the best ever recorded. He succeeded in converting what was then considered avant-garde into the instantly recognizable and world-renowned Bebop style.   There’s no doubt that this newly released set from Craft Records will satisfy the jazz connoisseur in you.