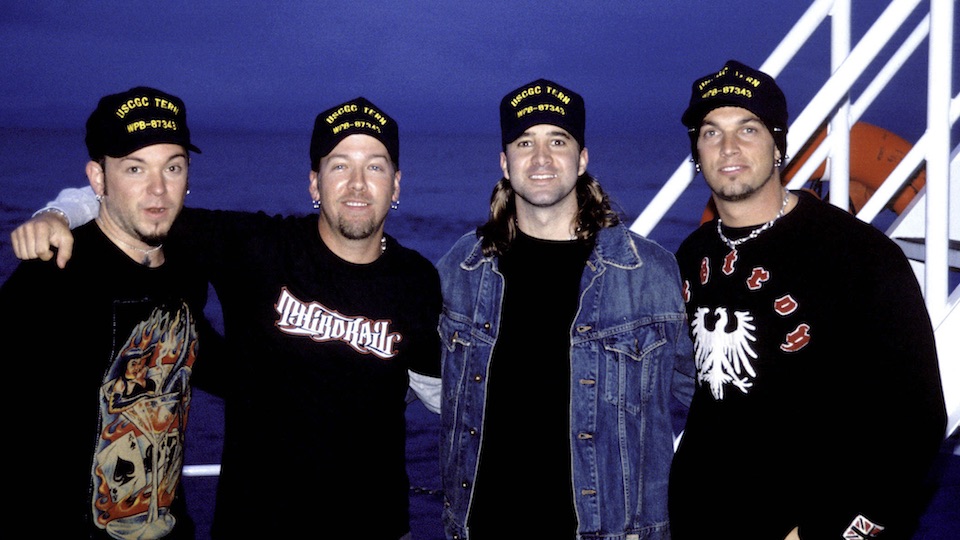 Cal Ripken had died. Not the baseball Hall of Famer, oh heavens no; Cal Ripken was the name of my son’s Guinea pig. Cal Ripken was a cute little rascal with white swirls curving around shades of tan and mocha. As far as Guinea pigs go, I suppose he was a good boy. Frankly, I remember more about burying Cal Ripken than I do interacting with Cal Ripken, but the service we held for Cal was twenty years ago and my rodent memories are not as sharp as they once were.

A hole was dug, and a shoebox lowered. I think it was a Converse shoe box. My son handed me a piece of paper, and on it, had written some sort of tribute to Cal. I unfolded his note and quickly realized that my son had copied the entire lyrics to the song Higher, by the band Creed, no small feat for an eight-year-old. The song, in case you’ve forgotten, expounds the virtues of an afterlife, one with “golden streets”; one where “blind men see.” That’s heavy stuff for a Guinea pig funeral.

My son listened to bands like ZZ Top, Foreigner, Led Zeppelin, and the like, not because he liked them necessarily, but because that’s what I listened to. And in 2000, I listened to Creed. Creed had caught the tail end of an era where budding rock bands were still being played on mainstream broadcast radio. In fact, the group is on the shortlist of bands that may have closed the book on a time where rock bands regularly charted singles on the Billboard Hot 100. Looking back, bands like the Foo Fighters, Linkin Park, 3 Doors Down, and without question, Creed, were torchbearers for a sound whose popularity was dwindling in the wake of pop, hip-hop, and crossover country. For a time, Creed was king.

From the start, Creed’s chemistry was its secret weapon. Scott Stapp and college pal Mark Tremonti may not have realized it then, but the duo was blessed with rock and roll’s holy trifecta: power vocals, driving guitar, and songwriting prowess. Their songs nodded toward their deep-rooted faith but were also heavy with an anthem-like quality. Creed’s first album, My Own Prison, was released in 1997 and sold six million albums largely on the back of singles like the title track which managed to break through on Billboard’s Alternative and Mainstream Rock charts. That was more than enough for fans and their record company, Wind-Up Records, to sit up and take notice of what Creed could accomplish. They didn’t know it then, but Creed was setting the stage for the band’s masterpiece.

Human Clay, released at the end of 1999, would take the world by storm. Higher, would spend seventeen weeks on the charts and peak at #7 on the Billboard Hot 100. With Arms Wide Open, a follow-up release, would give Creed a number one single and a Grammy for “Best Rock Song” in 2001. The band was now charting songs on the Alternative, Mainstream Rock, and Top 100 charts, something that rock bands in the early 2000s had all but stopped doing. The album, after debuting at number one, would go on to sell a staggering eleven million copies, making Human Clay a certified Diamond (10 times Platinum) release. At the start of the new millennium, there was no rock band bigger than Creed.

But even then, it was almost over. Weathered, the band’s third album was released in 2001 amidst tremendous pressure to follow up on the success of Human Clay. That kind of stress is tough on a band, but Creed’s third album would go on to sell over six million copies. Stapp and Tremonti showed no signs of writer’s block and penned the radio staples, “One Last Breath” and “My Sacrifice,” both chart-toppers. With three massively successful albums in their discography, in a time when people still bought actual physical music, Creed seemed poised to become a band for the ages. Sadly, it wasn’t meant to be. An April 2002 car wreck sidelined Stapp and delayed a highly anticipated tour. But in October, Creed became the first band to play live on Alcatraz Island. The band delivered an inspired set that showcased Creed’s ability to grab an audience and pull them close. Still, with so much to live for, Creed was dying.

Injuries from Stapp’s car accident led the singer to a dependency on pain medication. Looking back, Stapp admits that he “was slowly killing himself.” Despite hiding his addiction, Stapp’s over-medication and erratic behavior created a rift between the band’s other members. By the end of the year, Creed was finished. Looking back, with the band’s shocking demise coming so suddenly, it’s tough not to wonder: “What could have been?”

Tremonti, bassist Brian Marshall, and drummer Scott Phillips would go on to form Alter Bridge along with singer Miles Kennedy in 2004. Aside from the reunion album, Full Circle, and accompanying tour in 2009, Stapp and his former bandmates have kept busy with other projects and, so far, a reunion is not in the immediate future. The fact remains that Alter Bridge has been a working band, recording and touring, for over fifteen years now. Stapp’s personal struggles with dependency and mental health issues may have taken their toll on personal relationships between the other band members, but Stapp has turned a corner.

In February of 2019, Stapp announced on Twitter that he was celebrating five years of sobriety. He credited his wife, Jaclyn, with helping him overcome his dependency, as well as supporting him as he managed a previously undiagnosed case of bipolar disorder. His 2019 LP, The Space Between Shadows, featured the single, Survivor, a musical biography of sorts that embraced his strength and resiliency. Recently, in a podcast interview with LA Lloyd, an Austin radio personality and host of the syndicated radio show, LA Lloyd’s Rock 30 Countdown, Stapp explained that today, more than ever, the song sends a message that we will get through this. We are all stronger than we realize.

For now, where does that leave Creed? Officially, the band is on “hiatus,” which is a good thing, right? Creed fans will certainly embrace the notion of a band reunion and possible tour versus the alternative. Even still, what will be Creed’s legacy? Is it tarnished by timing? Was Creed simply out of place in an era where tastes in popular music were changing? According to Lloyd, it’s not complicated:

“They did things their way. The band was one of the last rock bands to sell out arenas. They sold millions of records in a pre-Napster era. Today’s rock bands, they really can’t do that. Will the band get back together? All I can say is the guys need each other to be Creed.”

Let’s hope they need each other again real soon.