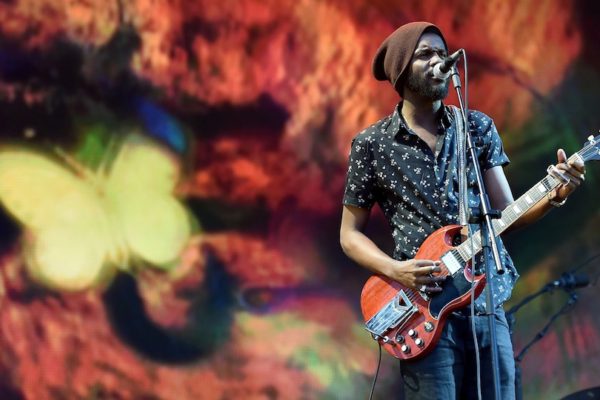 In the same way that humans share about 50% of our DNA with bananas, the blues is at the core of an amazingly wide array of music. Some connections are obvious, like the 3-chord, 12-bar structure of many rock and folk songs. Others are more implied, like the swagger of R&B and hip hop or the improvisational freedom of jazz. Some artists have built spectacular legacies staying pretty close to the roots. Though they had many ups and downs, the original electric generation or two – like the three Kings (BB, Freddie and Albert), Muddy Waters, Hubert Sumlin and Buddy Guy – managed remarkably long-lived careers playing music almost all of us would call straight-up blues.

The ’60s Brits who recycled the music and brought it back to us have done pretty well, too. The list is long, but Eric Clapton would naturally be near the top. And that’s where things take a bit of a turn. Although you can always hear the blues in his playing, he extended and twisted the form – taking it through psychedelia, proto-metal, near-prog and other iterations. It was never as far away as a banana from a human, but he took some long trips, as it were.

The next generation brought it back to the USA, often to Texas (Austin, specifically). They took it closer to home, musically, too. The Vaughan brothers, Jimmie and Stevie Ray, rediscovered the swing – but generally stayed pretty close to the general blues neighborhood. Which leads us to Gary Clark, Jr.

Another proud product of the Austin scene (cutting his teeth at the fabled Antone’s), Clark has been honing his chops on-stage since he was about 12. He’s a monster player, terrific singer and electrifying stage presence.  His style is clearly Texan, and very much blues-based. He’s a regular on the festival circuit, and has played with a wide range of stars, from Dave Matthews to Foo Fighters to Alicia Keys to The Rolling Stones.

He’s obviously absorbed it all, and can shine in any context.

So, where does he go from here? Stay close to metaphorical home, or head off into new directions?

You can look at his latest album, The Story of Sonny Boy Slim, either way. There’s no mistaking the blues roots, but there are ample other flavors in the stew, including rap, gospel and even a touch of electronica.

In other words, it’s hard to tell where he’ll end up – but it’s good to be along for the ride.

3 comments on “From Clapton to The Vaughan Brothers to Gary Clark Jr.”