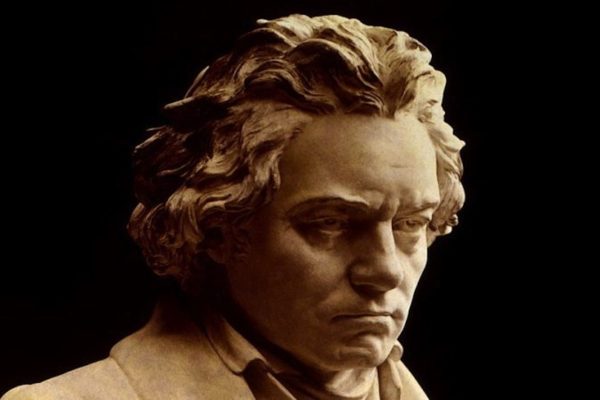 Elvis isn’t the only pop star to rework Ludwig van Beethoven for his own purposes. So did Nas (“I Can”), Busta Rhymes (“Back on My B.S.”) and the Saturday Night Fever soundtrack. Still, classical music’s elitist stigma remains. That’s understandable: Along with high ticket-prices and unstated dress codes, symphony concerts seem to scream “rich people only” loud and clear. Yet this music was composed to be heard and appreciated by the masses, not just the upper crust. So let’s start enjoying en masse. Aside from Beethoven’s Ode to Joy which you heard during the Olympics, here are five breakout hits to catch online.

1. “Clair de Lune” by Claude Debussy
If you’re a hardcore gamer, you’ll recognize this piano solo from Resident Evil: The Evil Within. The sound alerts you a “save point” is near. Huzzah! TV shows ranging from The Blacklist (Season 3, Episode 13 “Alistair Pitt: No. 103”) to Pretty Little Liars (Season 6, Episode 3 “Songs of Experience”) have also both employed it. Even more memorably, Ocean’s Eleven used it to convey tranquility after a heist well done. Most importantly, Edward (Robert Pattinson) dances with Bella (Kristen Stewart) to “Clair de Lune” in the first Twilight movie. Swoon.

2. “Le Cygne (The Swan)” by Camille Saint-Saëns
Where have you heard this one? On a friend’s Facebook feed. That’s where. Cellist Yo-Yo Ma’s and dancer Lil Buck’s collaboration was directed by filmmaker Spike Jonze then posted on YouTube. The post went viral and to date, has gotten over 3 million views. Think Jonze’s newest commercial for Kenzo perfume has insane dancing? Check out what jaw-dropping moves Lil Buck does to Saint-Saëns.

3. “Montagues and Capulets” by Sergei Prokofiev
Composed for the ballet Romeo and Juliet, this piece has been excerpted by Sia (“Taken for Granted”), repurposed as theme music for British and Irish versions of The Apprentice, and excerpted for Gotham’s Season 1 finale. You can easily see why. With its constant strum of basses and cellos matched by violins taking the melody into the stratosphere, “Montagues and Capulets” provides serious drama. You’ll even hear strains of the brass section in “Star Wars – The Imperial March” as these cheeky horn players illustrate here.

4. “String Quintet in E Major, Third Movement” by Luigi Boccherini
Did you re-watch Ferris Bueller’s Day Off for its 30th anniversary this June? This quintet is what you hear in the background as Ferris (Matthew Broderick) and his cohorts crash a classy restaurant for lunch. Here’s why: The plucked strings effectively add an air of pretension to the setting. You’ll also hear Boccherini’s masterpiece in Dustin Hoffman’s underrated gem of a movie Quartet (starring Maggie Smith and Michael Gambon) about four classical musicians in a nursing home. Run, don’t walk, to your Netflix queue and add it now.

5.”Unaccompanied Cello Suite No. 1 In G Major” by J.S. Bach
On Netflix’s Daredevil Season 1, Episode 8 (“Shadows in the Glass”), Wilson Fisk (Vincent D’Onofrio) wakes up to this every morning. This suite is used a lot to suggest order and harmony, or in contrast to a lack thereof. If you’re a West Wing fan, you’ll recognize the music from Season 2, Episode 10 (“Noël”), when Joshua Lyman (Bradley Whitford) suffers a PTSD outbreak during a White House Christmas concert by none other than Yo-Yo Ma. American Express once used it in a commercial: Remember the one about sad things and happy things that aired a few years ago? Yeah, that one.

0 comments on “Beethoven in the House! Proof You Like Classical Music”