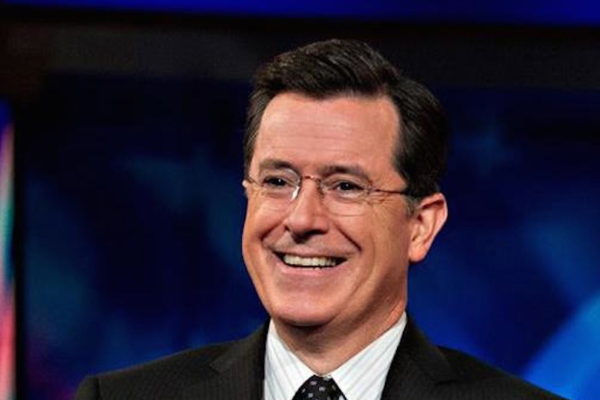 Certain pleasures fall under the purview of what I’ve long called “adult fun.” Neither explicitly X-rated nor necessitating a minimum age (usually), adult fun is the sort of enjoyment one earns through a little wisdom, a little life experience and the belief that the most sublime delights come when you no longer give a shit what other people do, like or think. A rye Manhattan up with a twist, to me, is adult fun; SoCo and 7-Up — my pre-millennial version of Red Bull and vodka, which I inhaled by the bucketful in a laughable attempt to channel Janis Joplin during my post-collegiate years — is not. Richard Linklater indies are adult fun; comic-book franchise films are not. Dinner parties are adult fun. Birthday parties, not.

Until recently, the late-night talk show was safely ensconced within the scope of adult fun. For decades, the hallowed half-past-eleven time slot served as a vessel for the art of conversation and the type of skewed wit you’d rarely find on a sitcom. That’s not to say that legendary hosts like Johnny Carson and David Letterman didn’t regularly indulge their juvenile sides: One of Carson’s most famous bits involved him wearing a cartoonishly oversized genie turban, while Letterman practically made his name on a recurring segment called “Stupid Pet Tricks.” That’s also not to say that today’s late-night talk shows — those that hew to the monologue-first guest-second guest template, like The Tonight Show With Jimmy Fallon, Jimmy Kimmel Live! and The Late Late Show With James Corden — aren’t very, very funny. They are! Only one, though, remains funny in an adult-fun way: The Late Show With Stephen Colbert.

If you go to The Late Show’s YouTube page and sort the program’s videos by popularity, it takes several scrolls past boffo bits of on-point political comedy, like this summer’s Jon Stewart cameo and Laura Benanti’s Melania Trump impression, before you reach one of my favorite Colbert moments. It’s a nine-minute clip of the host shooting the breeze and tequila with Fifty Shades of Grey star Dakota Johnson. What I love about this interview is everything, starting with the fact that I couldn’t care less about Dakota Johnson. Yet Colbert (with an assist from the tequila) draws her into a playful, surprising tête-à-tête that spins standard talk-show chitchat (Johnson’s latest movie, going to the Met Gala) into the sort of frisky repartee you’d enjoy on a promising first date — or in a Linklater movie for that matter. Their exchange zips from an off-the-cuff bon mot like “If you can’t outswim a jellyfish, then you really shouldn’t be swimming” to the nutty non sequitur, “Tilda Swinton, she’s full of love and information.”

You might actually hear such wacky statements on The Late Show’s main rival, The Tonight Show With Jimmy Fallon, but only when Fallon enlists a guest to spout gobbledygook in one of his “Word Sneak” games. And therein lies what bugs me: Rather than trust in the art of conversation as its own worthwhile form of comedy, Fallon continually opts for lowest-common-denominator funny. He often races through interview questions as if they were an assignment before moving on to the activity-based sketches for which he’s become renowned. “Box of Lies,” “Lip Flip” “Musical Beers” and the like may be easy and obvious laugh-getters, especially among the next morning’s viral-video audience, but Fallon’s willingness to serve as the kids’ birthday clown of late night, offering up a litany of diversions in an obsequious, almost histrionic way, turns me off. Again, it’s not that these segments, and similar ones like Corden’s “Carpool Karaoke” and Kimmel’s “Lie Witness News,” aren’t funny; they are! It’s that they’re funny without really being clever. In fact, they get less and less clever every time they air, because by now we all know exactly what the joke is and how the punch lines will arrive.

Much ink has been spilled lately about Colbert’s shortcomings in the ratings, and he’s been dinged for daring to aspire to “highbrow inclinations.” I fear that’s just a fancy way of saying he’s funny like a grown-up and that there’s no room left amid the overgrown late-night landscape for that kind of humor: the jokes you’ve gotta wait for, the punch lines that sneak up behind you rather than slap you across the face. (As Colbert himself mentioned in a monologue last month, “All of our jokes come with footnotes here.”) As a Gen X’er, the older I get, the more I appreciate an offbeat perspective, a glimmer of spontaneous wit or that moment when an awkward pause becomes a full-on sidesplitter. Colbert doesn’t just make me feel like I’m in on the joke. He makes me feel like I’m invited to the most entertaining dinner party on the dial.