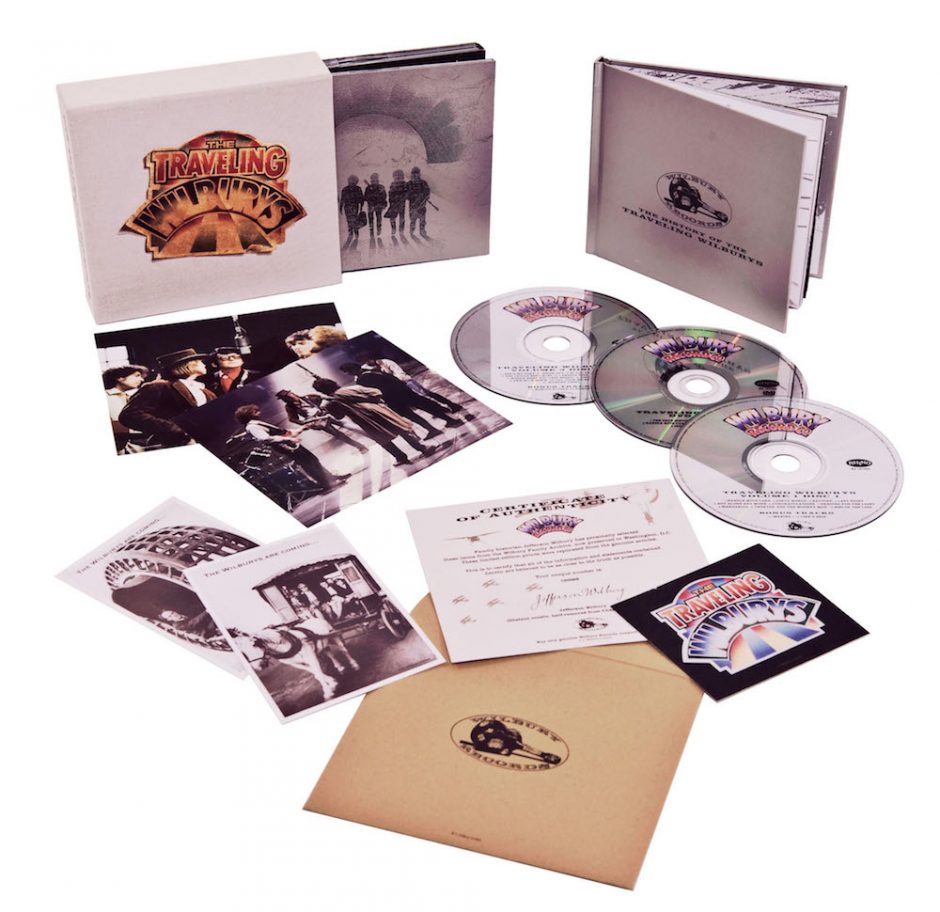 When you’re truly obsessed with a band, owning their hit records simply isn’t enough. While we’re now a lot less likely to put a poster over our bed to proclaim our allegiance (no judgment here!), we’re also infinitely more willing to dig a little deeper into the discography and to treat ourselves to some related collectibles of almost fetishistic appeal. The four sets below each come with some pretty cool extras and represent a pretty wide array of musical tastes. Then again, who says you can’t be a lifelong fan of both The Traveling Wilburys and Parliament-Funkadelic? We sure are.

This five-disc CD box set compiles every single — both A and B sides — released on Stax and its subsidiary labels in ’68: over 120 iconic songs from era-defining artists such as Otis Redding, The Staple Singers, William Bell, Booker T. and the M.G.’s, Carla Thomas, Johnnie Taylor, Albert King, Isaac Hayes, Linda Lindell, Rufus Thomas, and many more. The package also features a 56-page book with in-depth liner notes by Andria Lisle, Robert Gordon, and renowned producer Steve Greenberg, plus rare and never-before-seen photographs from the Stax archives. Price: $59.95

This collection contains all seven of Creedence Clearwater Revival’s studio albums completely remastered. If you grew up with Bayou Country, Green River, Willy and the Poor Boys — to name their 1969 releases alone! — then these new pressings will reveal nuances to some songs that are embedded deep in your DNA. If you want to introduce someone to the pleasures of CCR’s Cosmo’s Factory, Pendulum, and Mardi Gras then you can’t do any better than this. Price: $214.99

In his ’70s heyday, George Clinton took James Brown’s musical revolution to the outer limits of the musical cosmos. His outrageous, jamtastic brain-melting innovations peaked with the prophetic 1975 Parliament classic Chocolate City. This set is the ultimate experience of that release with its Chocolate & Pantone gold chocolate box, a double 12” vinyl brown-and-white marbled vinyl with five live to vinyl cut tracks from George Clinton’s P-Funk, a double CD of the live performance in brown-and-white discs, the full live concert DVD filmed at Metropolis Studios plus a special foldout poster along with sleeve notes featuring George Clinton in his “Uncle Jam” guise. Price: $99.99