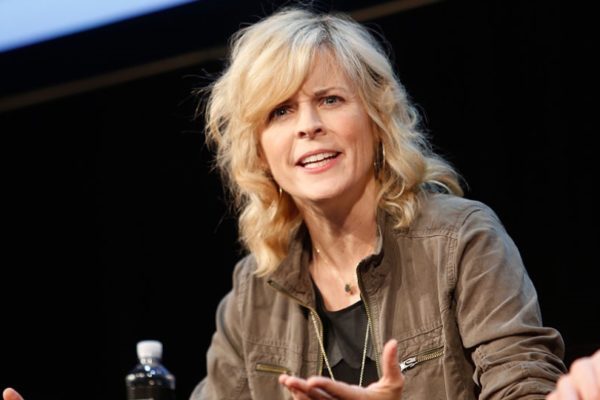 Like in many other fields, there’s always going to be people telling you that stand-up comedy ain’t what it used to be. That there is no one today rising up to the level and importance of Carlin, Pryor and Hicks. Quality is ultimately subjective, and we could sit here all day talking about who is better without arriving to any decisive conclusion. However, if there is one thing that can’t be argued it is the sheer quantity and diversity to be found in stand-up comedy today. Watching Bo Burnham’s Make Happy special last year gave me the feeling that every rule in the genre was being challenged and reinvented, and that feeling persists in 2017: You have comedy that’s politically outspoken, comedy that doesn’t take itself too seriously, comedy that adds a layer of darkness, comedy set to music, comedy played in sold-out arenas, comedy played in small nightclubs and so on. Whatever your preferences, there’s something out there for you. Here are six specials that I recommend starting with.

Louis C.K.: 2017
No list would ever be complete without Louis C.K., one of the biggest names in comedy today and deservedly so. At his seventh hour-long special and with the hype around him so big, you can’t help but think that this is the one that’s finally going to suck. It never happens, though, as 2017 is easily as brilliant as anything the man’s ever done. Big topics are handled with a casualness that reveals fresh angles in them, while mundane observations turn into unexpected, hilarious stories. One thing that they all have in common is the head-spinning construction and attention to detail that Louis C.K. puts in them, as well as his humble-guy persona — the feeling that he’s just one of us never goes away throughout the special, keeping the audience glued to the performer.

Maria Bamford: Old Baby
In terms of presentation, Old Baby is definitely one of the most unique specials of this year if not of all-time. It starts out with Bamford all by herself practicing the jokes in front of the mirror, and then each subsequent portion of the show is delivered to a bigger audience — first it’s just her husband, then a couple of friends in locations such as libraries and bowling arenas, and ultimately a full theater crowd. A clever illustration on how a comedian’s material (and even career) is built from scratch, this is a perfect fit for Bamford’s general unpredictability and out-there style. Her voice impersonations and layered jokes won’t appeal to everybody, but if you end up loving her, you’ll love her like few other comedians.

Jim Gaffigan: Cinco
Jim Gaffigan’s never tried to change the world with his stand-up, but he doesn’t need to. With Cinco, a reference to both the number of specials released so far and his newly-born fifth son, we get another hour of the comedian doing what he does best: self-deprecating jokes about small yet universal subjects such as laziness, obsessions with food, and the hardships of being a father. Gaffigan’s stage persona is deceiving since he’s actually another comedian with a technically brilliant delivery and construction — remembering his jokes may not be hard, but telling them like he does is.

Dave Chappelle: The Age of Spin and Deep in the Heart of Texas
If there is one thing that Chappelle’s disappearance from the spotlight ten years ago has in common with his return now in 2017, it’s his fearlessness as an artist. Quitting Chappelle’s Show at the height of its popularity and turning down a $50 million deal in doing so was a bold move, but it revealed an important aspect of the comedian: He’s not out there to please the fans and give us what we want, but to follow his own vision. This attitude is present again in his two new specials, where no story is too intimate for Chappelle to share and no topic too controversial to discuss. Most of the bits in the two hours of material are winners, and absolutely all of them feel like him being true to himself and his beliefs. It’s really inspirational.

Mike Birbiglia: Thank God for Jokes
I have to admit that Thank God for Jokes was my first Mike Birbiglia experience. His laid-back style appealed to me right from the start, and I thought the punch-lines and callbacks were really smart. Even the interactions with the audience members turned out to be a success. It was not something that I hadn’t seen before, but it was all good enough. But then the ending came and took things to a whole new level. Many comedians choose to close the sets with their strongest joke, but Birbiglia did something different — he ended on an honest note, with a story that offered a glimpse into who he is and where his material comes from. It was ballsy, it was touching, and it was yet another move that made me question the limits of stand-up comedy.

0 comments on “5 New Comedy Specials That Hold Nothing Back”