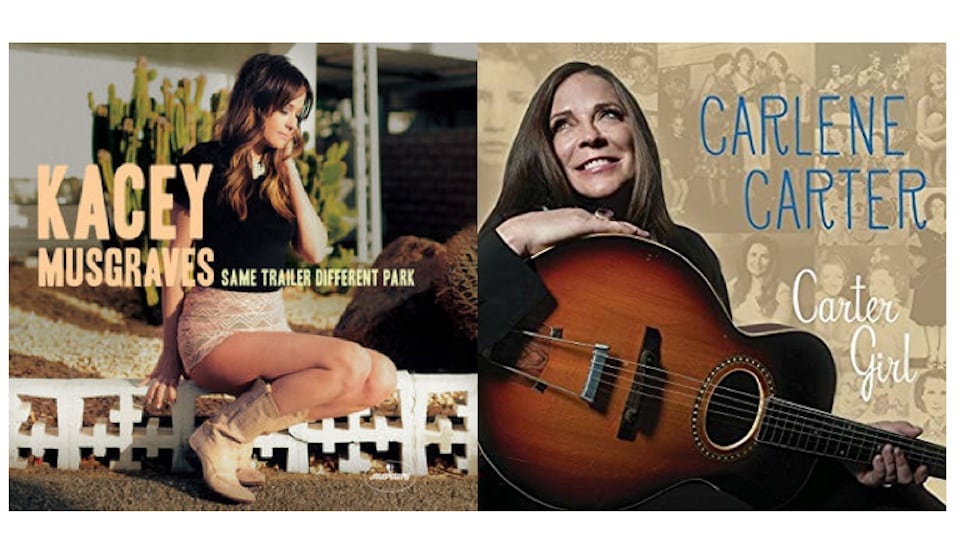 Country is probably the most popular music in these United States, but it’s not for everyone. The hat acts, the “chicks in pickups” clichés and the tired “bro” vibe are all overdone. Plus, you turn on country radio and it’s just full of the same-old-same-old. But, like any vibrant art form, “Country” is not just one thing. It’s got a lot of facets – with lots of ridiculously-talented artists. And when you dig a little deeper, there are treasures everywhere.

So let’s talk today about country music for people who don’t like country music – starting with Kacey Musgraves. The title of her major-label debut, Same Trailer Different Park, tells you a few things: she’s different, she’s smart, and she both embraces and questions country traditions.

Critics love her: she won the Best Country Album for Same Trailer Different Park and the Best Country Song Grammy for “Merry Go ‘Round” from that album. The Country Music Association awarded her New Artist of the Year in 2013 and gave her Song of the Year honors for “Follow Your Arrow” the following year. Nashville itself was gushing that perhaps Kacey could save country music from itself – meaning, from the onslaught of “bro country” with all those pickups and tailgate-dancing girls.

Yet if the fans and critics were on board, and Music Row itself was hoping she could help usher in a more creative climate, too many tightly restricted country radio stations remain resistant. And no wonder. Some of Kacey’s characters smoke weed, are gay-friendly, and generally aren’t very orthodox. This has probably restricted her radio airplay; but it thrills legions of fans. As Kacey put it herself, “The things I’m singing about are not controversial to me, I don’t push buttons to push buttons. I talk about things that have made an impression on me that a lot of people everywhere are going through.”

Where Musgraves is one of the faces of “new country,” Carlene Carter traces her lineage WAY back. She was born into a musical dynasty, namely, the Carter Family. Beginning in 1927, the Carters (A.P., Maybelle and Sara) brought their down-home mountain folk to the masses and became one of the first country music stars, whose influence would be felt all the way through the ‘60s folk revival.

Mother Maybelle gave birth to June (who would become June Carter Cash), and June passed her musical gift down to daughter Carlene. But Carlene had a difficult relationship with her legacy, spending time in England in the 80’s, where she married and later divorced rocker Nick Lowe.

Later that decade, she hooked up with Howie Epstein (a member of Tom Petty’s band) who produced her hit, “I Fell In Love.” But that relationship would prove tumultuous, as well – the couple struggled with drugs, with Epstein succumbing to complications from his heroin addiction in 2003. That same year, Carlene lost her step-sister, Rosie, as well as June and Johnny.

After that walloping, it took a number of years for Carter to get her feet back under her. But happily, at 60, she’s healthy and back with a new project, Carter Girl, which has her making peace with her massive musical roots. While she’s always dipped in and out of the music that’s in her DNA, this is one of the first times she’s fully immersed herself in it. On the project, she revisits Carter Family classics, helped out by guests including Vince Gill, and Kris Kristofferson. She’s been out with John Mellencamp, sharing her particularly unique slice of American music – and is rumored to be working on an album with him.

Considering that Carlene Carter’s voice carries the distinctive mountain-honey-whiskey timbre that made her ancestors so beloved, it’s great to see her fully embracing that legacy.

Lastly, let’s take a quick look at a new act that sounds old.

Margo Price’s bio sounds like many others. She grew up in a small town, in Illinois in her case, where she played piano and sang in the church choir before studying dance and theater in college. She dropped out at 20 and moved to Nashville.

In Nashville, Price worked a number of jobs including waiting tables, installing and removing residential siding, and teaching children to dance at a YMCA. She eventually created the group Buffalo Clover with her guitarist husband, Jeremy Ivey, and later formed Margo and the Pricetags where top artists like Sturgill Simpson and Kenny Vaughan, longtime guitarist in Marty Stuart’s band, sat in.

She’s been getting traction since then, mixing a serious roots sound with totally contemporary lyrics about modern life’s twists and turns. She credits Emmylou Harris and Dolly Parton as major influences. Her voice has also been compared to those of Loretta Lynn and Tammy Wynette. In any case, she’s someone worth hearing, and watching.

0 comments on “Country For Folks Who Don’t Like Country”