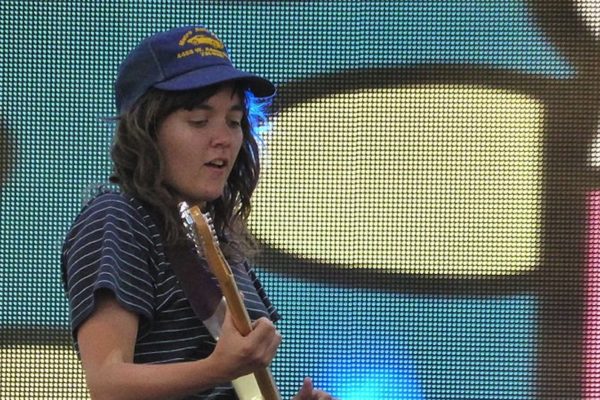 This will be the fourth in a series, which I call in my head “If You Love (Obviously Awesome Legacy Band or Musician), You Might Like (New Act Fishing in More or Less the Same Pond).” Over the course of the series so far, I’ve come to realize that the pleasure for me as a writer is not so much in proposing a newer act’s worthiness to carry the legacy of a crucial earlier artist. It’s a fun exercise, but it’s not of lasting interest in itself. It’s a defensive posture in a way: considering all the shortcomings of the upstart and making a case that accounts for them.

Instead, I’ve come to focus on the identification and brief unpacking of micro-schools of songwriting, performance and musical style. We talk about things like soul and rock and folk-pop, but what is it exactly that makes two artists or bands feel like they go together?

The next musical connection across multiple generations that feels interesting to me is that between Lou Reed, the late great minimalist rock icon, and Courtney Barnett, the up-and-coming Australian singer-songwriter who got a lot of play recently with her song “Avant Gardener” and her album Sometimes I Sit and Think, And Sometimes I Just Sit.

Lou Reed is of course known for his seminal work with Velvet Underground, and his big hit “Walk on the Wild Side” from the album Transformer. To fans he is a reliably compelling poet with a mostly reductive, daringly direct approach to music. At his best he was scorchingly incisive and even sometimes a bit frightening. A massive influence on later notions of mystery and outsider cool in rock, and on bringing street level attitude and detail into rock song narrative.

Reed’s songs remain master classes in the power of minute observation of life for the storyteller and the lyricist. He rendered wonderfully evocative images in lean unsentimental phrases that bring us into the very specific place and atmosphere the narrator is recounting.

“Here he comes, he’s all dressed in black
PR shoes and a big straw hat
He’s never early, he’s always late
First thing you learn is that you always gotta wait
I’m waiting for my man”

No one has ever captured with such devastating economy a middle class person waiting for drugs outside his own turf. Not that I would know, ahem.

A person could write a whole lot of words about the way Lou Reed, who sadly passed in 2013, informed our evolving sense of what counts as authenticity and narrative in American rock. But I’m going to move on to the “You Might Like” bit now.

Courtney Barnett, an Australian, found her way into the Melbourne music scene as a guitarist, playing slide electric for the band Immigrant Union founded by ex-Dandy Warhol Brent DeBoer. She then played lead guitar on Jen Cloher’s album In Blood Memory, while developing her own recordings in the background. EPs under her own name followed, culminating in the release of her debut album in March 2015. She has appeared on The Tonight Show, was nominated for a Grammy, and has just generally wowed people all over the place since.

She shares several distinctive traits with Lou Reed. A minimalist approach to rock arranging – well chosen progressions, relatively unadorned strumming patterns with a certain amount of bluesy riffing thrown in to keep things chugging along. A relatively low dynamic and unsupported delivery that almost aggressively evinces no desire to prove its energy or charm – and paradoxically compels interest. A simple approach to the arc of a song that somehow encourages moments of great band energy and unity in between the chunks of story. A keen focus on finding just the right detail to convey a scene to the listener’s inner eye. A willingness to let the unattractive aspects of self and life enter the story.

Here’s a stanza from “Avant Gardener,” which features a sardonic non-apology for a failure to meet neighborhood expectations, one little snapshot from a brilliantly tragicomic song about an asthma attack.

“The yard is full of hard rubbish it’s a mess and
I guess the neighbors must think we run a meth lab
We should amend that
I pull the sheets back
It’s 40 degrees
And i feel like I’m dying.”

Like Lou Reed, Barnett has a knack for drawing me in to her world, and making me want to hear the next unexpected detail.

Unlike Reed, who is widely seen as a giant in rock history, Courtney Barnett’s body of work is just getting started. I for one hope that the kind of directness and poetic ear she represents, in the wide field of things we call “rock,” finds a continued audience, allowing Barnett to grow her songwriting and her band into new and I’m betting very interesting territory.