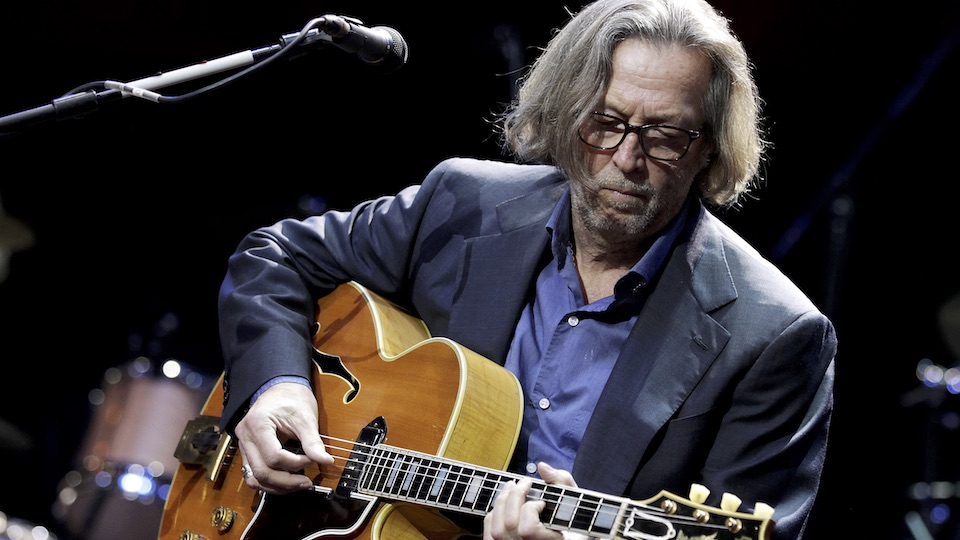 Music lovers can break all kinds of conversational ice by getting into debates about whether or not original tracks get all the glory, or if redos take a song to the next level. Sure, kudos can be safely given to the first person who records a hit song, but there are myriad examples of popular songs that have been rejiggered into totally fresh interpretations. Here’s a tiny sample of some cover songs that are better than the original versions.

Written by iconic singer-songwriter Randy Newman for Eric Burdon’s first solo album in 1966, Randy took his own shot at it with a quiet version that had its own charm; Burdon himself and Tom Jones, among others, did well with it. But it didn’t hit the big time until Three Dog Night topped the charts with it in 1970, and their rendition remains the best known, best-loved version. They kept the humor intact with the hick narrator recounting his first debauched party, jacked up the tempo and made it into a classic that conjures up the funky, playful spirit of the 1970s.

English-Aussie singer Olivia Newton-John had a hit (peaking at #6 on the charts) in 1973 with this upbeat, romantic tune on her album of the same name. She gave it an unfettered sweetness and country flavor, and it was a happy ear-worm on the radio waves for quite some time. Then Elvis Presley got wind of it in 1974 and took it to his latter-day concerts. Oh, how he lifted a fine pop song to the next level! Infused with rockabilly, gospel, and some impressive high notes, The King absolutely nails it. There’s no evidence that the two ever met, but Newton-John was a worthy muse for his last days of singing, and he did right by her joyful tune.

Related: “The Great Song Adventure: Exploring the Mysteries of Music-Making”

A moving track from the 1985 LP Empire Burlesque, Dylan explores his deep connection with a woman who reminds him of his highest self as he indulges a chaotic life on the road. Eight years later The O’Jay’s performed it during Dylan’s 30th Anniversary Concert Celebration in 1993. They recharged the air in the arena, treating “Emotionally Yours” as a soul anthem of the highest order. Their gospel harmonies and back-up singers are nothing less than glorious. When they sing “It’s like my whole life never happened/when I see you/it’s as if/I never had a thought” and keep building to a heart-pounding crescendo, it becomes a transcendent musical experience.

Sir Elton co-wrote this ode to triumph over alienation with his lyricist Bernie Taupin; it was featured in his 1970 album, Elton John. Initially, it didn’t make any great waves in John’s native U.K. but it charted over time in the States and Canada. When Eric Clapton played it on the 1991 album Two Rooms: Celebrating the Songs of Elton John and Bernie Taupin, he broke out his maestro guitar skills, gave it a bluesier treatment and a horn section, lifting it to a whole new plane. “Slowhand” paid honor to his dear friend, yielding a stellar outcome which many feel transcends the original.

The band Labelle hit it big with “Lady Marmalade” (written by Bob Crewe and Kenny Nolan) in 1974. It was disco deliciousness with its engaging beat, estrogen swagger and the wink of “Voulez-vous coucher avec moi (ce soir)?” as a seductive lyrical hook. It hit the number one Billboard spot for one week and is a fabulous track on every level. But when the movie blockbuster Moulin Rouge was released in 2001, it was reintroduced to a new generation via Christina Aguilera, Mya, Pink, L’il Kim, and Missy Elliot. They took the classic to new horizons with sexy gifted singers and an erotic feast of a video. Purists might make a case for the original’s superiority, but it’s impossible not to embrace the funky follow-up. Mocha chocolata ya ya!

Nine Inch Nails frontman Trent Reznor wrote this melancholy track, which explores suicidal ideation, drug addiction, and psychic pain. It was released as a promotional single for their 1994 album The Downward Spiral to acclaim and a Grammy Award nomination. Then Johnny Cash covered it in 2002 as a single and it blew up even further. Performed by the legendary “Man in Black” near the end of his life, he brought it to a place of greater tearful import with his mournful vocals and demeanor. The extraordinary video showed Cash, old, frail and weary, against images of his earlier days and sequences from his own inspirational life. It’s a work of mordant beauty that will likely outlast the original. Reznor himself graciously said of Cash’s cover: “…that song isn’t mine anymore. [It wound up] being interpreted by a music legend from a radically different era/genre and still retains sincerity and meaning – different, but every bit as pure.” Amen to that.

The Fab Four’s “I’m Looking Through You” was a gently bitter track that graced 1965’s Rubber Soul; a boppy, introspective number about the end of McCartney’s relationship with girlfriend Jane Asher. Four decades later their good friend Billy Preston, affectionately dubbed “The Fifth Beatle,” sat down with Squeeze’s Jools Holland on Holland’s BBC Show, and rocked out the coolest, jazziest interpretation imaginable. Preston knew his way around a Beatles track and a keyboard, and he confidently brought his own spin here. With great boogie-woogie piano, lots of swing, and a New Orleans whorehouse vibe that still honored the Beatles’ riffs, he brought it to a place of memorable freshness and delight.

11 comments on “Cover Songs That Are Better Than the Originals”