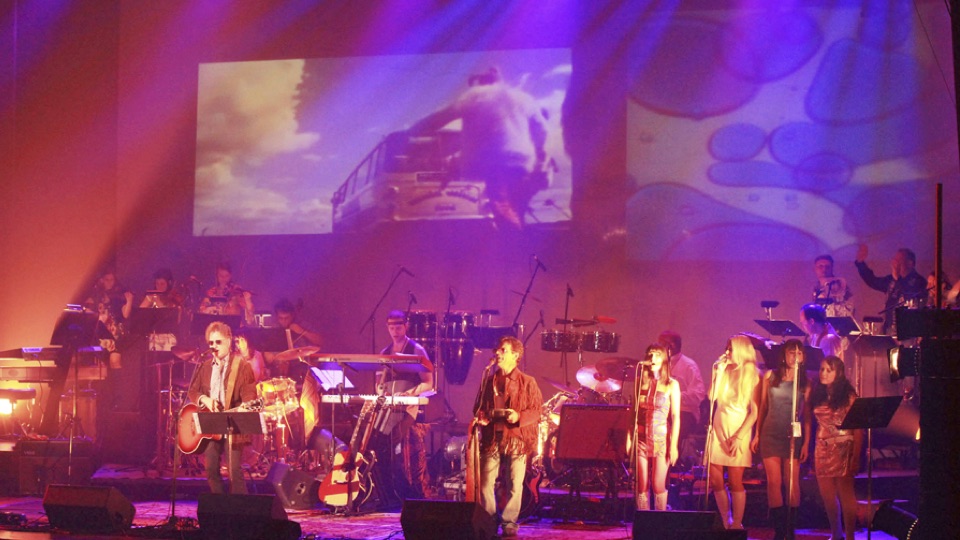 The music of the 1960s continues to resonate with classic rock devotees, as well as new generations of fans, all over the world. One of the most historic moments of the era was the Woodstock festival, which celebrates its 50th anniversary this year. Veteran musician Glen Burtnik (Styx, The Orchestra, The Weeklings) is on the road this summer paying tribute to that iconic musical era with a new edition of his Summer of Love concert. The show features a group of talented musicians (who’ve played with bands like Southside Johnny, Moby, and 10,000 Maniacs) performing the songs of artists such as Janis Joplin, Joe Cocker, Jimi Hendrix, and Creedence Clearwater Revival. We recently spoke with Glen to discuss the tour, the new live album, Glen Burtnik’s Summer of Love Concert, “Live Love,” and why the music of the 1960s still matters.

Q: How did the idea for the “Summer of Love” tour originally come about?

A: I grew up in the Sixties. The late sixties saw an explosion in the world of art and the youth culture of that generation rose up to celebrate peace and love and music. It was a movement. The songs that came out of that time have stayed with me through my life and around 10 years ago we put together this celebration of the era from San Francisco’s hippie culture through to Woodstock, drawing heavily from the songs on my iTunes playlist named “Summer of Love”.

Q: The album “Live Love,” featuring a 2018 performance (at The Count Basie Center for the Arts in New Jersey), is just out. What was it about that particular show that caused you to select it to represent the “Summer of Love” concert?

A: Tony Pallagrosi (music industry veteran and co-creator of the Summer of Love concert) and Marty Scott (president of Jem Records) thought it would be a good idea to capture the show at the theatre we began at. As it turned out, everyone was on fire that night and the record came out great. Very exciting to listen to.

Q: The band you’ve put together for these shows is nothing short of incredible, and you all have great onstage chemistry. The fans clearly pick up on the fantastic vibe created by the band. Do you have any favorite moments or performances by the group?

A: Gosh, the musicians in this show are all fantastic and the performances are all spectacular! I’m a fan of those I share the stage with and consider myself very fortunate.

Q: The audiences at the “Summer of Love” concerts span several generations. Do you enjoy seeing younger fans that appreciate this classic music at the Summer of Love shows?

A: I can tell you that when I was a boy, the music of 50 years prior was not as popular as classic rock from the Woodstock era is today. It is phenomenal to see teenagers in the audience singing along at our Summer of Love concerts as well as the adults.

Q: What do you feel makes the music of the “Summer of Love” so enduring? Do you feel Woodstock was the pivotal point for that era?

A: Even though there was an unpopular war going on which was drawing from the youth of the U.S., it also worked as a motivator. This peace movement brought forth positive, optimistic pop songs when mixed with the experimental attitude of the times led to the colorful, beautiful musical era. In retrospect, the Woodstock Festival seemed to be the culmination of the movement and the peak.

Q: You’ve been a member of classic rock bands like Styx and The Orchestra, and are a founding member of the Beatles-inspired group The Weeklings. What artist or band from the “Summer of Love” era do you wish you could have played with?

A: Wow. I would have to say the guy I was most affected by was Jimi Hendrix. I would loved to have worked with him – or even have been in the same room with him!

0 comments on “The “Summer of Love” for A New Generation”