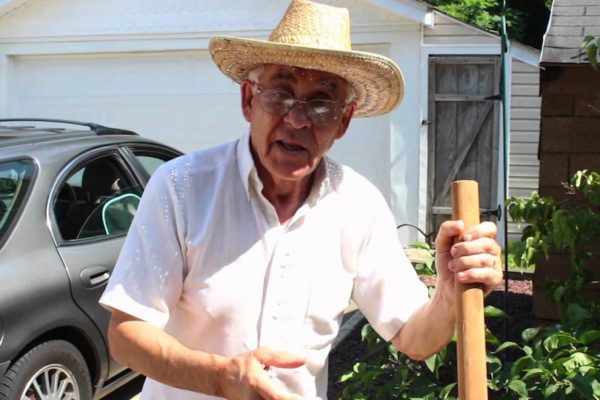 I’m an honorary Italian-American. As one of the few Jewish kids growing up in a primarily Roman and Irish Catholic town, my friend Sal would regularly invite me over to his family’s house for Sunday gravy. In New York City and surrounding areas, and especially if you’re of Italian descent, tomato sauce anointed with an array of meats and then slowly simmered until divine transcendence is achieved is modestly known as “gravy.” It’s more like a Ragu, and it’s a one-pot feast that, along with pasta and good bread will feed an army — with leftovers. My mother’s cooking was horrible (she once mysteriously burned pasta with the pot still full of water) and what we ate for dinner most nights could only be vaguely recognized as food, so if Sal asked, I jumped at the chance for some of his mother’s amazing cooking.
[amazon template=right aligned image&asin=039458404X]

Those dinners were the beginning of my love affair with Italian-American people and their food. Their reverence for local, fresh ingredients predates any of the Slow/Local Food movements (every Italian family I knew had a vegetable garden and many had chickens). For me, Slow Food is really nothing more than practicing the best Italian food traditions. Which brings me to this nice little video. On the surface, it’s simply a charming old guy putting up tomato sauce in his backyard. But what I see is a love letter to “old world” cooking methods and traditions. I find the process of making ANYTHING properly worthy of a watch, and the soul that this old guy cooks into his sauce leaves me a bit nostalgic for those Sundays at Sal’s. Pass the bread!

0 comments on “Craftsmen & Artists Work in All Media (Including Tomatoes)”