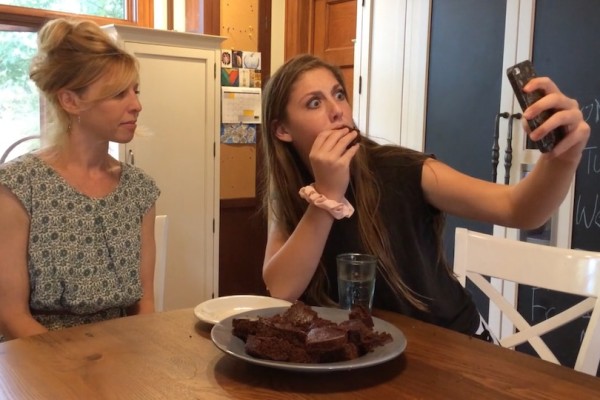 Two of our pals recently released short films which, at first glance, couldn’t be more different. “How Was Your Day” examines the subtle emotional pas de deux between a mom and her teenage daughter as they navigate their blessedly normal suburban days. “Boyz Under the Hood” profiles a group of Philadelphia kids from the wrong side of the proverbial tracks as they make incredible strides developing an ultra-high-mileage car in the equivalent of high school shop class. Actress Maddie Corman and producer/director Allison Hadar each wanted to make art from the experience of their daily lives.

Victoria Estevez, now a partner in a high-end Brooklyn branding agency but then a grad student at UCLA, received a Gates Foundation grant to produce a short piece about innovators who were changing the face of education. “In my research I came up on the story of Simon Hauger and his team EVX kids from West Philly High. Here was a group of highschool kids, from one of the toughest schools in the country, in the finals of the Progressive Auto X Prize which was aiming to build a car that could reach 100 miles per gallon. They beat out MIT, Tata and other top notch teams.”

In the end, each film feels totally authentic. They both capture the striving, stumbling and reaching that are central parts of our common human experience.  Each film, in its own way, is about making satisfying, life-affirming connections.  Seeing that happen is fun to watch.

2 comments on “Different Sides of the Tracks Yet Same Heart”