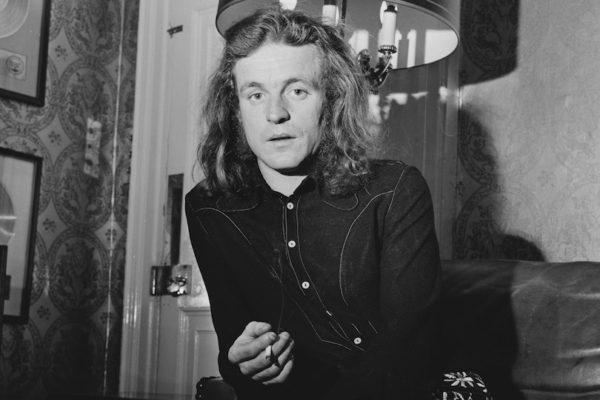 Legendary bassist, vocalist and composer Jack Bruce passed away just over three years ago. His groundbreaking work with Cream in the 1960s made him a household name and bonafide rock star. But his unpredictable, genre-defying solo catalog is where the real goodies are to be found. Originally hailing from the tough streets of Glasgow, John Symon Asher Bruce began his career as a jazz bassist in his teens. Later he studied cello and composition at the Royal Scottish Academy of Music and Drama, but the Academy frowned upon its students playing jazz; they demanded he choose between school and his jazz gigs. Fortunately Jack (wisely) quit school and ultimately made his way to London and its vibrant jazz and R&B scene. Keeping company with top players such as Alexis Korner, John Mayall, Graham Bond, and (of course) Ginger Baker and Eric Clapton, his bold, melodic approach on acoustic AND electric bass set him apart from the pack. It is that spirit of adventure and experimentation that makes Jack Bruce’s solo work so captivating and addictive. He was equally adept at the fearless improvisation of jazz, the raw power of the blues and rock and roll, and harmonically rich compositions that reflect his early classical training. He was also unconcerned with the commercial potential of his solo recordings, choosing instead to follow wherever his muse led him. With such a rich and eclectic body of work it’s difficult to choose which of his albums to start with, but in my opinion these three are the purest examples of Jack Bruce at his essential best. If you’ve only heard him with Cream, you don’t know Jack.

A Question of Time (1989)
An excellent primer, possibly the closest Jack ever came to making a “mainstream pop” album. But don’t let the smooth, streamlined production fool you. The full spectrum of Jack’s unique musical language is represented here, from head-banging rock (“Life On Earth”) to greasy funk (“Grease The Wheels”), down-and-dirty blues (“Blues You Can’t Lose”) and a dreamy, soulful ballad based on an old Scottish folk song (“Make Love”). Jack glues it all together with thick bass lines from his Warwick fretless (some of his most potent playing on record) and his then-45-year-old voice, still strong and full of emotional power. Guests include Living Colour’s Vernon Reid, P-Funk’s Bernie Worrell, legendary jazz drummer Tony Williams, blues master Albert Collins, and his old Cream mate Ginger Baker. A stunner.

Things We Like (1970, recorded in 1968)
Jack’s solo career is marked by bold choices. His first move after the demise of Cream was a return to the upright bass for this frenetic “free jazz” session featuring drummer Jon Hiseman, saxophonist Dick Heckstall-Smith, and guitarist John McLaughlin (yes, THAT John McLaughlin). Egged on by old mates from his London jazz days, Jack mercilessly attacks his upright like Charles Mingus after a quart of Irish coffee. (One wonders why he didn’t record on upright more; he’s a monster!) Jack claims to have written most of the tunes on TWL when he was twelve years old, and the quartet gets right down to post-bop business using them as springboards for some mind-blowing group improvisation. Lean, mean and uncompromising, Things We Like is (dare I say it) far more compelling than the “live” half of the double Wheels of Fire album!

Harmony Row (1971)
In 1970 Jack toured sporadically with Tony Williams’ Lifetime, but the pioneering fusion group only saw marginal success. Returning home to London, Jack wrote an entire series of songs in one afternoon, and by January 1971 he was committing them to tape at Command Studios with ace session guitarist Chris Spedding and Soft Machine drummer John Marshall. The music on Harmony Row is unlike anything Jack (or anyone else) has produced: atonal harmonies, unorthodox song structures that allow for fiery group improvisation, and abstract lyrics by Jack’s longtime collaborator Pete Brown about post-war Britain, societal decay and complicated relationships. Jack later referred to HR as his favorite album, and it’s easy to see why. Taking the album’s title from a tenement street in Glasgow not far from where he grew up, the nod to his humble roots and the personal nature of the music make Harmony Row a singular artistic statement by a singular artist. It feels like the musical heart of Jack Bruce: restless, always exploring new territory, sometimes dangerous and confusing, other times beautiful and profound.