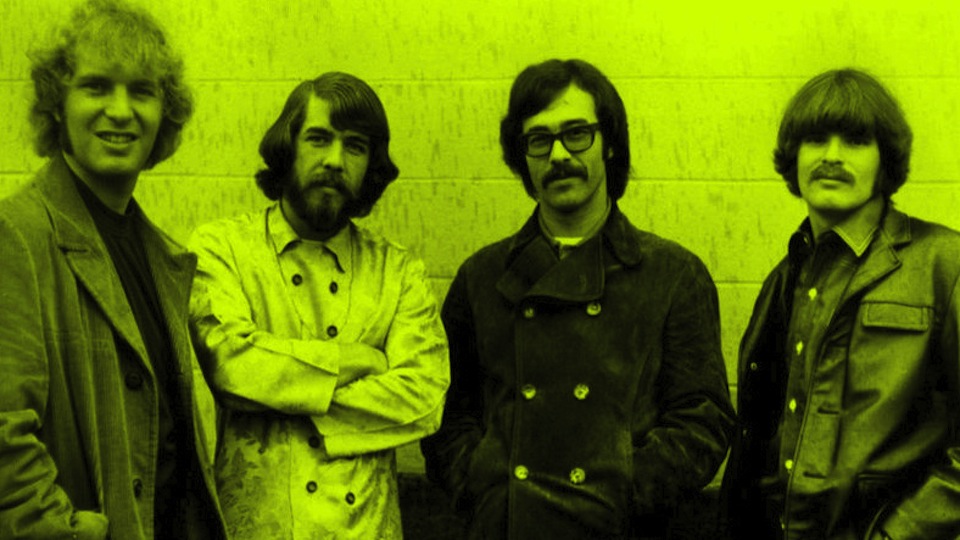 In 1969, Creedence Clearwater Revival was a major presence on radio and on the Billboard charts. Naturally, they were among the first groups to be invited to play Woodstock, and one of the acts who were paid top dollar (in their case, $10,000). Their name on the bill helped drive interest in the festival.

Earlier in the summer, the band had also been a hot draw at festivals in Atlantic City, Denver, Newport, CA and Atlanta. After all, songs like “Bad Moon Rising” and “Proud Mary” had raced up the charts. “Green River” was on its way.

Related: “Creedence for A New Generation”

By the time they hit Woodstock, the buzz was unmistakeable. For John Fogerty, expectations were high: “By the time we got to Woodstock, I felt we were the number one band. Assuming that The Beatles were God, I thought we were the next thing under them.”

Their slot at the festival was originally set for midnight on Saturday, August 16, a primo spot. It didn’t quite work out that way.

The Grateful Dead came on before them, and according to Fogerty “pulled their usual shenanigans.” That set went on….and on….And on. By the time CCR took the stage long after midnight on Sunday, August 17, the massive crowds were mostly zoned out or asleep. Looking out over the sea of people, Fogerty described it thusly: “Dante scene, just bodies from hell, all intertwined and asleep, covered with mud.”

Related: “CCR Puts A Spell On Us Again”

Fogerty recalls one guy out in the darkness, flicking a lighter and shouting, “We’re here for you, John.” That inspired the band to play for those who were still, um, “with it.”

At Woodstock, there was both a film crew and a sound crew recording the show for a future movie and album. Fogerty felt that the heavy-lift the band had had to do after the Dead’s set didn’t make for their best performance. He was later sent a copy of “Bad Moon Rising” from the show and declined to put it – or any of the filmed footage or recorded songs – on those official releases.  [A few of their songs later appeared on a ’94 commemorative set].

Despite Fogerty’s reluctance to share their full performance, bassist Stu Cook took an opposing view. “The [Woodstock] performances are classic CCR and I’m still amazed by the number of people who don’t even know we were one of the headliners at Woodstock ’69.”

Fortunately, a comprehensive new collection from Rhino Records covers every single act at the festival – including Creedence’s set. So you can enjoy what many of the attendees missed at the time (#sleeping).

Despite all of their success, Creedence constantly struggled with in-fighting amongst the members. By 1972, they were officially done. Even at their 1993 induction into the Rock and Roll Hall of Fame, Fogerty refused to play with his old bandmates, opting instead to perform with Bruce Springsteen. But those classic songs, from “Susie Q” to “Lookin’ Out My Back Door” and so many more, are still a testament to one of the most unique rock bands of the 60s.

1 comment on “Creedence Clearwater Revival At Woodstock: “…just bodies from hell…covered with mud””