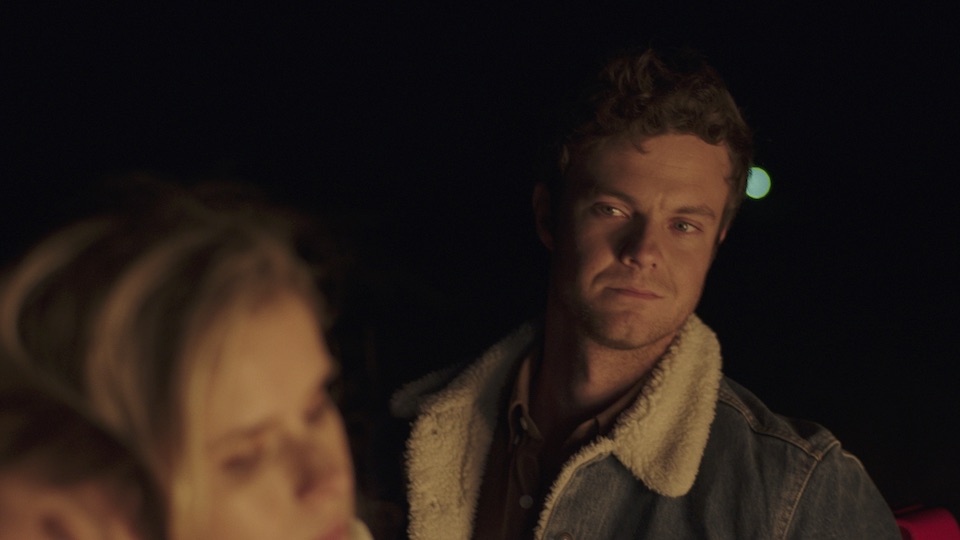 You know them as “CCR” or “Creedence Clearwater Revival” or even “Creedence” but there’s a whole generation out there who doesn’t know them at all. Director Laurence Jacobs was tasked with the job of introducing this seminal classic rock band to an entirely new group of listeners. Drawing on the nostalgic vibe of one of the band’s most memorable songs, the resultant video feels at once rooted in the past and effortlessly contemporary. We talked to Jacobs about how this project came to be … among other things.

Your video for “Have You Ever Seen the Rain” is actually the first official video for the song even though it came out in 1970. How did that come about?

A: In honor of CCR’s 50th anniversary, last summer Craft Recordings commissioned a video for the iconic “Fortunate Son.” I loved how that video celebrated the band’s legacy while also introducing their music to a new generation of fans. So, I wanted to continue that visual momentum and create something contemporary but timeless. Of all Creedence’s songs, “Have You Ever Seen The Rain” was my favorite. I had grown up listening to that song since I was thirteen and for that reason, it was so personal for me. So, my writing partner and I developed a storyline which I then turned into a more flushed-out treatment–a visual deck with film references that conveyed the look/feel of what I envisioned. The Craft team really got behind the project and we just got lucky. From cast to crew, locations and beyond, the whole experience was magic. It almost felt like kismet.

Related: “CCR Puts A Spell On Us Again”

Q: The narrative of the video uses the music to comment on its distinct storyline in interesting ways. What was it about this music that led you to create this particular tale of a love triangle?

A: For me, the song always evoked this confluence of emotions—nostalgia, hope, melancholy, etc. But throughout, it had a wild kind of energy…this adrenaline rush that just reminded me of my youth. So, we decided the narrative must be about friendship and what it’s like to escape and be free; when you’re out on the road, hanging with people who really get you. This trio of characters emerged, and we just ran with it, ran with them. It was important to present a dynamic that was special yet complicated like most friendships are. But it always came back to the original feeling of the song, and how best we could express that feeling via these three friends.

Q: If you could choose another song from the CCR canon for a music video, what might that be and why?

A: Ugh, this is too hard! You could literally take any CCR song and think of some video concept. I think I’d create a narrative for “I Heard It Through the Grapevine.” In most cases, anyone who tries to cover Marvin Gaye or Motown fails. But CCR really made it their own and I love the solo in it. Also, Fogerty’s vocals are UN-REAL. It would be fun to do a heist/robbery story. Maybe something set in Louisiana or Arkansas. It would also be cool to do a lesser-known track like “Sailor’s Lament” that hasn’t appeared in (as many) commercials. That would be a less daunting task!

Q: Your work with Concord Music has led to projects involving major talents such as Steve Martin, Elvis Costello, and Melissa Etheridge. Are there any new artists that you discovered through your job that you’re particularly excited about but that you hadn’t known of before?

A: Absolutely! That’s what makes working at a record company so much fun. My first week at Concord, I passed by our A&R guy’s office and he was playing an early version of Valerie June’s record The Order of Time. I literally stopped walking and listened outside his door. I wasn’t aware of Valerie at the time and just became a huge fan. Luckily, I was able to work her record and produce this video for her song “Got Soul.” The same happened with so many artists, most recently Bailen. They’re this beautiful sibling-band from New York and we’re finishing up their first video right now. They’re awesome, a cross between Fleetwood Mac and Fleet Foxes!

Q: An early short of yours, “Life in Text,” premiered at LACMA. Did you find the reactions to that film dramatically different from a museum audience than when it was on sites like Yahoo! and Slash Film? How so?

A: The reaction was similar, actually. I think people, from all audiences, related to the modern concept of relationships via texting. How guttural and soul-crushing it is when you look (or scroll) back at old photos or videos. Even emojis. Nowadays, more filmmakers utilize VFX to create slick text bubbles on-screen. But back in 2013, when we released the film, that kind of thing wasn’t as popular. We just thought it would be interesting to create a physical text message world–an environment that felt as suffocating and expressive as the one in your pocket.

Q: You’re a photographer as well as a filmmaker. Have you done photo shoots for any bands? Is there a band you’d especially like to shoot?

A: The photos on my website are from so long ago! I actually don’t shoot professionally and would never call myself a photographer. But I think my best photos were in college when I was living in New York. I would just run around the city with my Nikon and take photos of friends. Honestly, I would get too nervous shooting a band now. I prefer filmmaking and the convenience of the editing room. Even though you’ve already captured moments, you’re still shaping them and creating new meaning from juxtapositions.

Q: What would be your go-to song if you were going to sing karaoke?

A: Another very difficult, loaded question! But I have to decide and therefore I choose “Born to Run” by Springsteen. Talk about adrenaline…that song is a force of nature! It’s so much fun to sing and you can pretend you’re Bruce, on-stage, sharing the mic with your friend. Just having the best time ever.

1 comment on ““Have You Ever Seen the Rain”: Creedence for A New Generation”