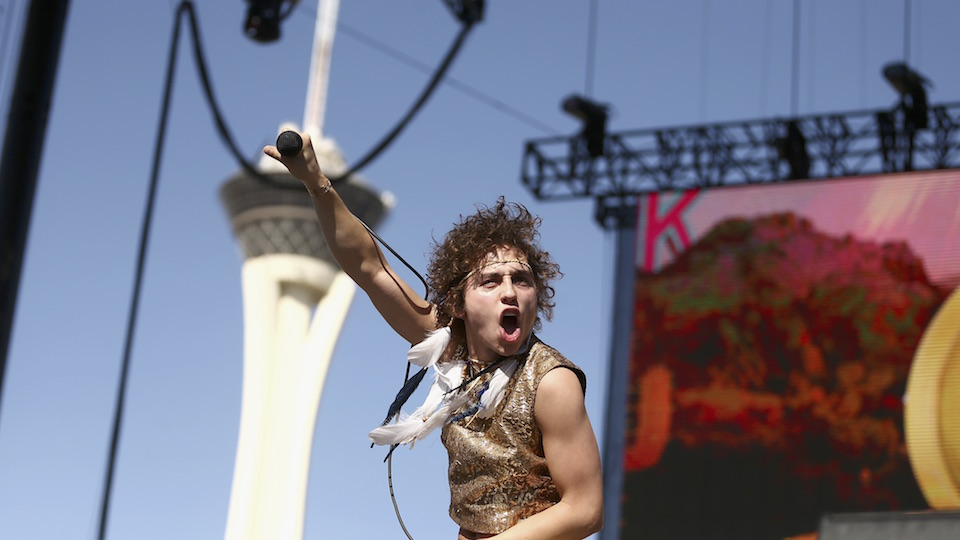 When surfing channels on the radio today, it can sometimes be easy to believe that music’s best days are in the rearview. With the prevalence of poor songwriting, overproduction, and the intention of creating a viral TikTok soundbite, it’s understandable why many of those who grew up during the golden age of music feel this way. But the reality is there are many current artists releasing great records that echo the past, just with a modern flair. Good music is out there, you just have to look for it because it’s not likely to be played on the radio. To save you some time, though, we compiled a list of a few artists we think you might like.

Formed in 2012 in Derby, England, The Struts are one of the focal groups carrying the flag of glam rock right now. And with three albums under their collective, studded belt, they’ve proven to be a success both in their homeland and across the pond. “Could’ve Been Me,” the lead single from their debut album Everybody Wants, went to number one on the Spotify Viral Top 50 and number four on the iTunes rock chart. They’ve opened for the Rolling Stones, the Who, Foo Fighters, and Guns N’ Roses, proving they have the respect of their heroes. It’s no surprise considering The Struts are led by the effervescent Luke Spiller, a natural showman who oozes charisma. With the wink of a glitter-dusted eye, he holds audiences, big or small, in the palm of his hand, making the comparisons he’s drawn to Freddie Mercury, Marc Bolan, and Mick Jagger all the more valid.

Shucking the dissuasion from her mother who didn’t view music as a viable career path, British singer-songwriter Yola never gave up on her dream of becoming a musician, which led her all the way from the Bristol music scene to clubs in Nashville. This is where she was discovered by Dan Auerbach, guitarist and lead vocalist for The Black Keys, who signed her to his Easy Eye Sound label and helped produce her first record Walk Through Fire, which received wide-spread critical acclaim. The album, which has a Southern soul sound, also earned her four Grammy nominations, including one for Best New Artist. Her sophomore album, 2021’s Stand for Myself, sees Yola coming into her own and embracing more of a blend of soul, country, disco, and rock. If you’re not familiar with her music, you might recognize her from the biopic Elvis, in which she portrays Sister Rosetta Tharpe.

Twin brothers Jake and Josh Kiszka, along with their younger brother Sam and his best friend Danny Wagner, all came together to form hard rock band Greta Van Fleet, their foundation being a mutual love of the blues. And like all good rock bands, they got their start playing in their parents’ garage. Lead singer Josh Kiszka, who’s known for his soaring vocals, developed his pipes by having to sing to be heard over the rest of the noise being made in the garage. His voice, along with their ‘70s-inspired fashion and Jake Kiszka’s mesmerizing guitar riffs, has become their calling card. These attributes have also caused the band to be quite polarizing, however, drawing criticism that they’re too similar to Led Zeppelin. While they don’t deny Zeppelin’s influence, they seem to shake off the comparison and have moved in the direction of developing their own sound with their most recent LP, The Battle at Garden’s Gate. Robert Plant has even given his stamp of approval, describing Josh Kiszka as “a beautiful little singer.” Plant’s not their only supporter though, seeing as they’ve opened for fellow Michigan native Bob Seger as well as Metallica, and they’re close friends with Elton John, who personally invited them to perform at his Oscar party in 2018.

Once referred to as “the little sisters of the Allman Brothers,” Larkin Poe combine their rich, soulful voices with electric and slide guitar in a blend of Southern and roots rock. Front and center are sisters Rebecca and Megan Lovell, who are originally from Calhoun, Georgia, but now based in the booming music hub that is Nashville. In the twelve years they’ve been a group, they’ve toured as backing musicians for Elvis Costello, featured on a Steven Tyler album, and performed at Glastonbury. Their third studio album, Venom & Faith, went to number one on the Billboard blues album chart and was nominated for a Grammy in 2020 for Best Contemporary Blues Album. Their follow-up, Self Made Man, also went to number one on the same chart, and their sixth album, Blood Harmony, was just released this month.

In the same way others on this list are proving rock isn’t dead, Kingfish is proving the blues aren’t quite six feet under either. Born Christone Ingram, Kingfish hails from Clarksdale, Mississippi, the land of the Delta blues and home of Muddy Waters and Robert Johnson, two of his biggest musical inspirations. While their influence certainly flows through this blues prodigy’s veins, he’s developed his own style and tone that seep through every strum of his six-string, making the music wholly his own. He’s been awarded for his efforts in this blues revival, earning a Best Contemporary Blues Album Grammy for his 2021 record 662, as well as five Blues Music Awards in 2020, including one for album of the year. Also, he’s toured and recorded with Buddy Guy, been interviewed by Elton John on his podcast, and recently Fender released the new Kingfish Telecaster Deluxe, dedicated to the bluesman. Not bad for a 23-year-old.