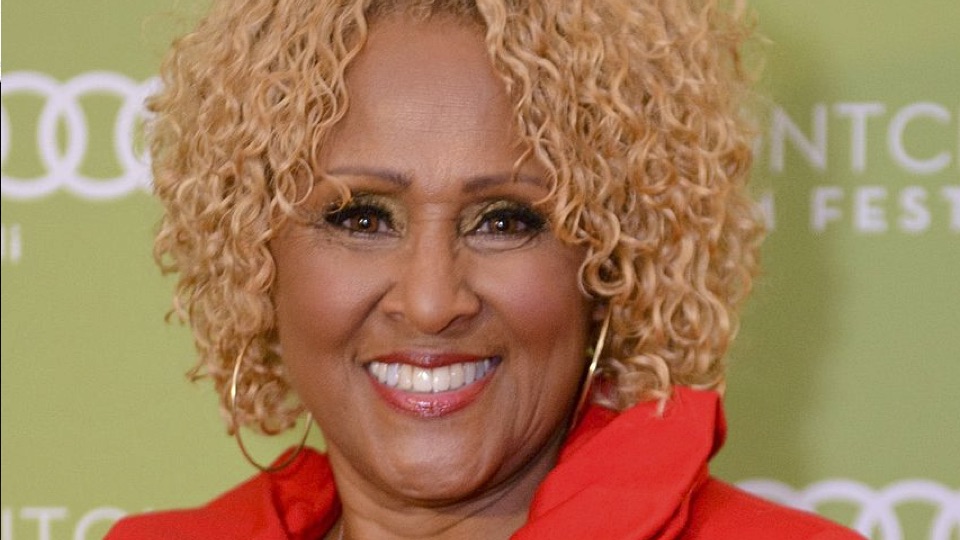 From 1961 to 1965, Phillies Records, with Phil Spector at its helm, produced eighteen hits that landed in the Top Forty. Phil was like a foreman on an assembly line (albeit, one who believed that waving a loaded gun around was a great motivating tool) who oversaw every little detail in creating a product that would stand the test of the time.  With Phil behind his company’s wheel, Darlene Love became a (somewhat) unknown force to be reckoned with.

Her road to semi-stardom began when a teenaged Darlene performed at a friend’s wedding and was asked by two of the bridesmaids to join their group called the Blossoms.  The new trio, who got their Blossoms’ name from a Capitol Records executive who remarked that their different skin tones resembled a bouquet, became the voices behind music made by Sam Cooke (on his “Everybody Loves to Cha Cha Cha” single), Bobby Darin (on the Bobby Darin Sings Ray Charles album) and Frank Sinatra (on “That’s Life”).  As Darlene Love, whose real name is Darlene Wright, noted in her autobiography, My Name is Love:

“There were so many sessions that it’s impossible to remember all or even most of them.  What I remember most from those days is that almost overnight, we were making boatloads of money.”

One of these sessions in 1962 featured the Blossoms as the fictional “Crypt-Kicker Five” on the “Monster Mash.” Soon after, Darlene met producer Phil Spector who gave her the moniker “Darlene Love,” named after gospel singer Dorothy Love.

To explain: legend has it that Phil heard that producer Snuff Garrett was going to have Vickie Carr record a cool Gene Pitney-penned song.  Since the Crystals weren’t in Los Angeles, Phil rush-recorded and released Darlene Love as a “Crystal” singing “He’s a Rebel” which surprised the real Crystals.  Crystals lead singer La-La Wright stated: “We’re riding in a car, all of us girls going on a gig and we hear: ‘He’s a rebel and he’ll never be any good’ but we don’t think anything of it. At the end, the DJ said, ‘The Crystals, ‘He’s a Rebel.’ We looked at each other like, ‘The Crystals?  Where did that come from?’”

This rock ‘n’ roll ruse continued with the faux “Crystal” Darlene singing “He Sure is the Boy I Love,” a hit that memorably plays before the hit on Billy Batts in Good Fellas.  Phil also cast Darlene as one of the Blue Jeans behind Bob B. Soxx and the Blue Jeans.  Soxx (Bobby Sheen) and Darlene shared lead vocals on hits like “Zip-a-Dee-Doo-Dah” and “Not Too Young to Get Married.”

Darlene continued to toil in anonymity as she recorded her signature tune “Christmas (Baby Please Come Home).”  Spector promised that he’d make Darlene Love a household name only for him to keep her twisting in the wind.  After three magnificent “Darlene Love” singles (“Wait Til’ My Bobby Gets Home,” “(Today I Met) The Boy I’m Gonna Marry” and “A Fine, Fine Boy” (with backing vocalists Sonny and Cher), Phil decided he no longer required Darlene’s singing services and left her without royalties and to fend for herself.

Recently divorced and with two sons to support, it was back to backup singing. She noted, “I wanted to be a star in my own right, but I was more concerned with survival.”

Darlene sang backup for the best of them, including Dionne Warwick, Elvis (she appeared on the Elvis 1968 TV special), and the hard-partying Tom Jones.  As Darlene recalled: “That was a very good decision for me, to not get intimate with Tom Jones, because of all his ladies — all kinds, all colors, everything, it didn’t matter. I wasn’t going to be counted among the many!”

But even though Darlene’s voice was still as strong as ever, the job market for her became weak and she found herself cleaning houses as her songs played on her employer’s living room radio.  She finally got to financially clean up (a bit) by appearing in four Lethal Weapon movies as Roger Murtaugh’s (Danny Glover’s) wife and as a Christmas-time guest on The David Letterman Show, singing “Christmas (Baby Please Come Home).”

Audiences were finally taking notice of Darlene—including her old pal, Phil Spector. Darlene noted that Phil “tried to talk to Letterman’s producers, saying, ‘Shut it down. If you keep letting her sing that song, I’m going to sue you!’ And they said, “Okay then, so sue us!” But it was Love who sued Spector for unpaid royalties and won a $250,000 settlement.

Despite years of Phil being a thorn in her side, the recently-turned 80 years old Darlene graciously acknowledged him in her Hall of Fame acceptance speech, saying, “I am so thankful for the genius of Phil Spector, for his recognition of my talent to be the main voice of his Wall of Sound.”  It wasn’t much of a surprise then, when Bette Midler, who inducted Darlene into the Rock Hall of Fame, said of her friend:

“Darlene lives without a trace of bitterness.  I wonder what that’s like!?”

0 comments on “Darlene Love: Adding Her “Touch” Over Decades”