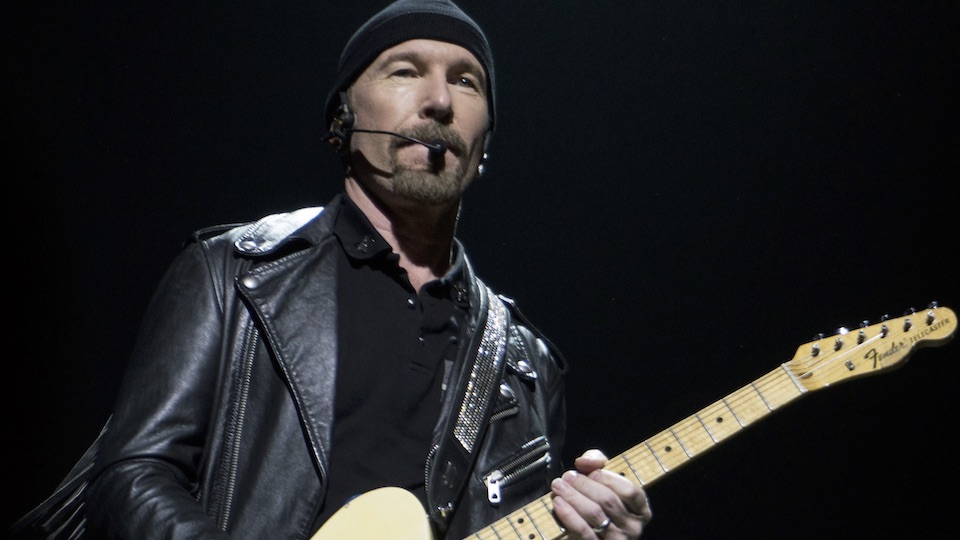 When U2 first started out, they called themselves “Feedback,” a little joke about their (very, at the time) limited musical abilities. Since those early days, they’ve become one of the most successful bands in rock. Pollstar just ranked them as the biggest touring band of the last decade, bringing in over $1 billion (with a “B”).

The Edge has earned his own acclaim, as he’s often considered one of the world’s great guitarists.

At nine, he found his first instrument at a flea market, a beaten-up acoustic. He’s since developed a textural style that’s instantly recognizable. His philosophy is one of minimalism; he’s said that he considers musical notes as “expensive,” thus plays as few as possible.

So what is it about The Edge’s way of playing that makes U2’s music such a standout? CultureSonar tapped professional musician Vinnie DeMasi to break down that hypnotic sound in this handy video.

Photo of the Edge: Wikimedia Commons