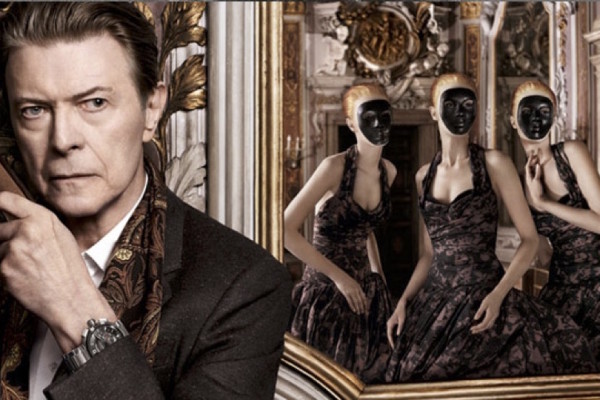 David Bowie, who died of cancer only two days after the release of his newest album, BlackStar, appeared in a number of television ads over the years. But none seemed to suit him as well as the Louis Vuitton costume extravaganza. Set in a 18th century costume ball where he croons “I’d Rather Be High,” the spot evokes the mystery and hidden secrets of dangerous liaisons, ambiguous relationships and forbidden pleasures. Like Bowie, no easy interpretation. For an artist sometimes as difficult as he was appealing, this ad captures his nuanced and finely observed view of life. From Ziggie Stardust to his recent Lazarus, David Bowie framed our lives with the complexity of reality. David Bowie has now fallen from earth.