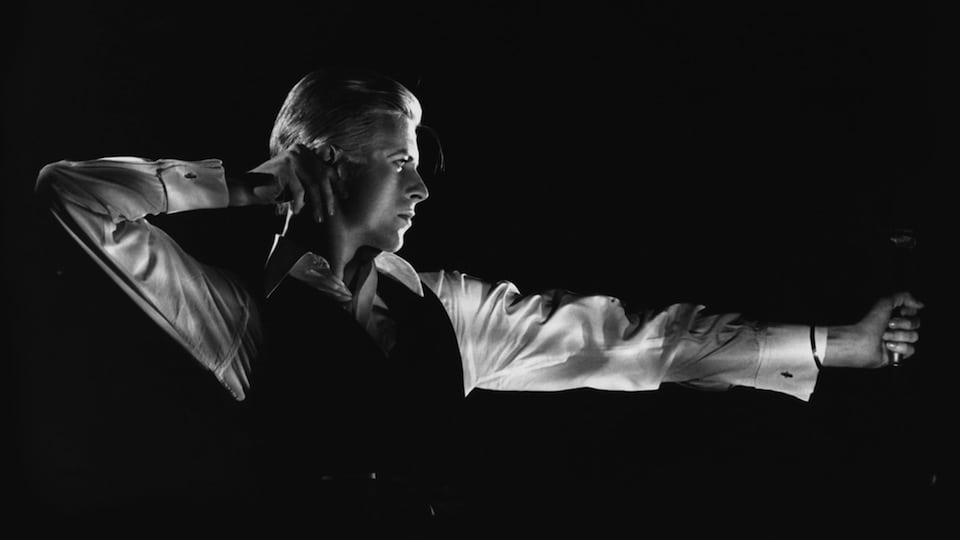 “I wanted to be thought of as someone who was very much a trendy person, rather than a trend.” These enigmatic words from the late David Bowie come early in the exhibition of his life. David Bowie Is… at the Brooklyn Museum sets the tone for an exploration of this one-of-a-kind creative soul. Bowie’s surprise passing in 2016 caused a worldwide wave of grief for a man who informed musical and creative sensibilities for over a half-century. David Bowie Is...shines a glorious spotlight on his genius and puts his artistic life into context.

The snug but dense collection of Bowie’s writing, artwork, music and cinematic presence begins with the name “BOWIE” spelled out in light bulbs.  The air seems to grow charged with electric possibility from thereon. The required headsets make the viewing process more accessible as they cleverly incorporate background music changes with each new section. Since the exhibition was begun before Bowie’s passing, the experience feels alive as Bowie’s voice shares stories about his childhood, entry into the arts, and various creative inspirations. Early on, we see a teenage Bowie then using his original name, “David Jones.” Reeking with charisma, he explains to a BBC reporter how he’s often mocked as a “long hair” in mid-‘60s England when fashion was extremely conscripted.

His openness to the world seemed hard-wired. There’s something inspiring about hearing how he listened to everything, consumed artwork voraciously, followed trends obsessively, then internalized these influences. Endearingly, he shares that he was so eager to expand his horizons that he listened endlessly to improvisational jazzman Eric Dolphy until he convinced himself that he liked it. He then incorporated this influence into later works. If he’d not been a musician, he would have been a writer or illustrator; he used all his sundry skills to create a world both otherworldly and accessible.

The exhibit has over 500 items to feed your fandom. There are journals, a stray cocaine spoon, correspondence from Elvis, photos of his idol Little Richard. And those costumes! You’ll reignite your own excitement for his stage personas by standing next to his “Aladdin Sane” jumpsuit and the debauched elegance of his “Thin White Duke” suits. The concert footage on view becomes more powerful after seeing the many dazzling costumes in all their stitched detail.

His movie turns are highlighted via clips from The Man Who Fell to Earth, Basquiat, and Labyrinth. A small makeshift theater plays concert performances (with beautiful sound quality) enhanced by more historic outfits and archival photos positioned around the room. Admittedly, his personal life is only fleetingly acknowledged, but David Bowie Is… can ch-ch-change anyone from a Ziggy Stardust newbie to a dedicated fan. The exhibition’s final work ( “The Periodic Table of David Bowie” by artist Paul Robertson), lays out all his sundry influences, muses and inspirations in scientific fashion. It’s a fitting visual displaying the enormous influence of a man so tuned in to the world around him that we’ll always be his willing students.