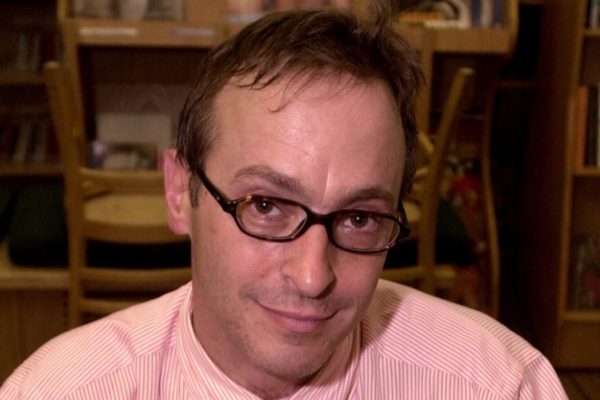 David Sedaris hasn’t been honest with us. That’s not to say his work isn’t characterized by honesty in its portrayal of his own foibles — and those of many around him, but generally speaking his work falls into two categories. The majority of his books are filled with fictionalized reminiscences of his life — particularly his family life — but he also dabbles in outright fiction, as in his his collection of fables Squirrel Seeks Chipmunk. However, even when stories are based on actual events, Sedaris admits he’s prone to exaggeration for comic effect. As a result, even when his recounting of real-life experiences felt extremely direct, there’s still a question of whether you’re getting the real story.

Sedaris’ latest book neatly sidesteps that issue. Theft By Finding is the first of two planned volumes collecting entries from his diary. Covering the years 1977 to 2002, the book offers a remarkable view of Sedaris’ life as he goes from a fairly aimless college dropout to a regular figure on the New York Times bestseller list. Though he admits to having occasionally changed names or physical appearances of people within — presumably for privacy reasons — it’s also a remarkably candid view.

While the “voice” is effectively the same as Sedaris’ other work — especially when listening to the audiobook version — the diary format has a very different feel. This is true even when relating events that later featured in his essays. For instance, many of the early entries included in Theft By Finding deal with time spent in Oregon working as a fruit picker, which was the basis of the story c.o.g. from his book Naked. Nothing in the content of the diary entries will particularly surprise anyone who’s read c.o.g., but there’s a degree of distance in the later telling that the diary entries don’t display.

This often makes the book an entertaining compliment to his story collections, but that’s not the only appeal. Dipping in and out of the book — an approach Sedaris himself recommends for this volume — offers a multitude of wonderful little moments, ranging from reflections on an NPR story about President Reagan’s last day in office to seeing Planet of the Apes for the 18th time. There are also milestones like NPR’s initial broadcast of “The Santaland Diaries” and the death of his mother.

Not surprisingly, his family is a frequent presence here, which points to something very fundamental about this book. Aside from some stylistic differences in how the stories are told, it is still very much of a piece with his other books. For better or worse, this means it’s ultimately a book for fans of Sedaris. Anyone who doesn’t enjoy his work or harbors a resentment that his frequently embellished family stories are marketed as non-fiction will probably find very little here to change their overall view of him.

Having said that, it’s worth noting that any impressions a reader/listener might form of Sedaris based on Theft By Finding should be seen as tentative. In his introduction, he notes that the contents of this book are just a fraction of his diary entries from the time, which makes the portrayal of himself equally fractional. “An entirely different book from the same source material could make me appear nothing but evil, selfish, generous, or even, dare I say, sensitive” is in a way the most candid observation Sedaris has ever committed to print. It’s also a thoughtful reminder that storytelling is as much about what the writer leaves out as what they include.

Likewise, assessments of a writer’s honesty can be a far more subjective endeavor than it appears on the surface, especially when actual events are the source material. Theft By Finding shows that Sedaris is well aware of the line he’s walking, even if he generally prizes entertainment value over fidelity to facts. In a sense, this new book is trying to have it both ways, but that’s fine. History suggests this is where Sedaris is at his best.

0 comments on “The Diaries of David Sedaris for Real”