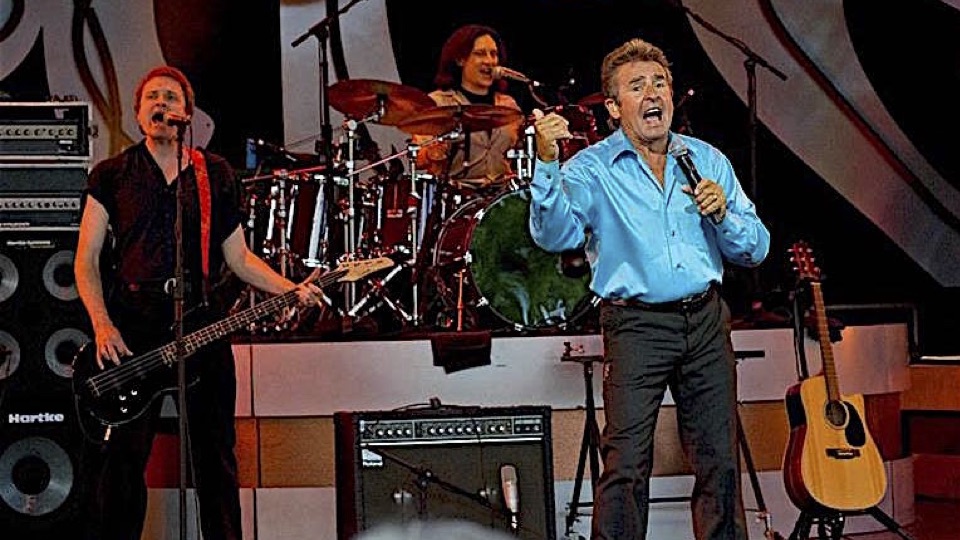 Central Pennsylvania is a patchwork of college towns, farms, and forests. Framed by misty iron green Appalachian mountains you’ll find Beavertown (pop. 832), a village having more to do with Hooterville than Hollywood. It was here that, in 1986, Davy Jones, flush with cash from a successful Monkees tour, bought a 14-acre farm that he christened Spruce Lawn. He wanted a quiet place to ride horses and write his book, They Made A Monkee Out of Me.

Related: “Rescuing Chad & Jeremy’s ‘The Ark’ Half A Century Later”

I was born in Central PA but moved out in the early 70s. In 1991, after years of living in San Francisco as a musician and recording artist, I landed back in PA as “house producer” for an audio-video studio not far from Beavertown. Davy was a former client of that studio, but I first ran into him (literally) in a family arcade near my home. It was hard to miss his mullet and his British accent as he was gleefully beating a guy at pool.

Weeks passed and, out of the blue, he rang my studio phone. Next I know he’s at the conference table asking me, “Do you understand The Monkees?” Emphasizing the word “understand,” my mind raced in this hyper-real moment, facing the guy whose mug graced teen magazines and cereal boxes, besides selling millions of records that set a bar for popular music. I answered, “Sure. They’re about the fusion of multi-media and music.” He was after someone who would get things done without being a starry-eyed sycophant, so my answer got me the gig he called “creative liaison.” Little did I know I was beginning a 20 year stretch of creativity and friendship.

Beyond The Monkees, Davy’s solo career schedule triggered a need for new merchandise. Our first job together was a video remake of “Daydream Believer.” Next came a huge archiving project where I pruned through all his personal recordings (acetates, demos, films) for an anthology CD box. He contributed to my solo recordings, and we did unlikely collaborations with artists like John Bechdel (Fear Factory, Ministry).

Davy’s den at Spruce Lawn was a warm space for brainstorming and music-making (and no one left on an empty stomach). It was a joy to work on his original songs, which became his critically acclaimed JUSTME album series. This parlayed into tracks he submitted to the 1997 JUSTUS album that reunited all four Monkees, bringing me into the “Monkees Mafia” (as he called it). After playing bass for the 2011 Monkees reunion tour of the UK and US, my last shows with him were in February 2012. He passed away a month later.

Offstage, Davy was the adorable and quick-witted comic people expected. However, for those who became close to him, he could be a harsh critic who’d circle back with gifts or apologies. As relationships go, I characterize him “like a big brother”–there’s a bond between people built on love and respect, and that bond outlasts anger and misbehavior. He was extremely loyal to his bandmates and friends, and at his memorial, the consensus was that he came down on us because he was spotting his own defects as a mere mortal. In the end, he wanted us to be better than our last best.

11 comments on “Davy Jones: My Big Brother Was A Monkee”