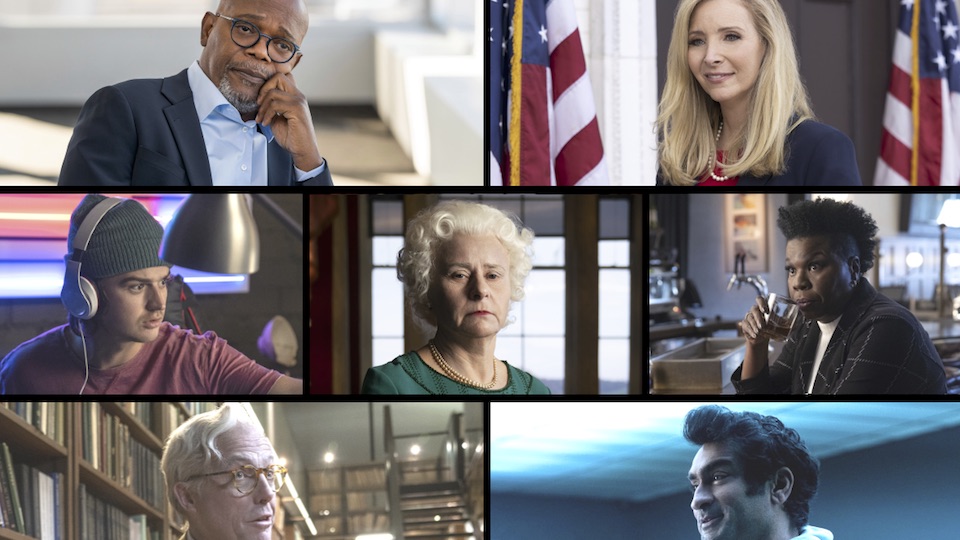 This Is Spinal Tap. Waiting For Guffman. For Your Consideration. What do these movies have in common? Firstly, they’re mockumentaries and showcase some of the worst (and silliest) aspects humanity has to offer. Secondly, they’re not about the Coronavirus. This is what Charlie Booker sets out to change with the new Netflix comedy Death To 2020, with a script that both celebrates the common man and uses Coronavirus as his main topic of focus. He doesn’t entirely succeed.

And it’s unclear why this is. The scenario, already ripe for exploration, is there to be parodied. Written from both a British and American perspective, it draws from a well that has long been tapped for inspiration. And the one-liners are replete with sauciness, swagger, and impact. Which makes it all the more disappointing how often Death to 2020 misses that most coveted of comedic marks. It may partly be a case of too many angles, and (at just 70 minutes) too little runtime. And really, if we’re to buy this mockumentary as one that ties every aspect of the pandemic together, it’s going to need more than the length of a Christmas TV special to sell it.

The end product manages to attain the political targets that Death to 2020 so clearly wants to tackle. There’s some enjoyable, albeit brief, fan-service in the form of Tracey Ullman, returning to the royal family she so deliciously mocked in the nineties. Dressed as Queen Elizabeth, Ullman conflates The Crown with gripping everyday television. Intended to mirror the idiocy that reigns within American politics, the film pulls no punches in mocking each and every country that brought its civilization to near annihilation. Directors Al Campbell & Alice Mathias leave it to Leslie Jones’ twitchy behavioral psychologist to give insight into the onslaught, as only a dynamic Saturday Night Live performer can. She’s joined by Samuel L. Jackson to look into the racial conflicts that plagued America. Jackson is fiery but could be more so, and the film walks the tightrope between mediocre and meteoric too many times to render it anything more than passable. Everywhere it goes, Death to 2020 passes by another gag it could so easily have delivered.

But it does have its funny moments, not least among the impeccable cast who salvage many of the film’s drabber moments with sparkling one-liners. Amongst the ensemble is Lisa Kudrow, relishing the moment to play the Trump supporter who vehemently despises any shrewdness among the journalists she speaks to. Then there’s Notting Hill alumni Hugh Grant, plastering his native England with the truisms that have swamped many of its leaders in the mindset of the 1940s. Joe Keery pops around to set up the hipster know-it-all, while the stereotypically Italian-American Cristin Milioti is virtually unrecognizable as the airheaded “soccer mom” found too often griping on their YouTube channel. Laurence Fishburne serves as storyteller and documentarian, bringing a needed surreality to the work, and Kumail Nanjiani (probably best known to Culture Sonar readers as the writer and star of The Big Sick) enjoys his cameo as a multibillionaire philanthropist.

Best of all is Diane Morgan, showcasing the common ineptitude of a television viewer during this period of global uncertainty. “It was so annoying having another lockdown,” Morgan moans, essaying the contempt so many of us hold; “I’d watched everything on Netflix!” Morgan, better known to UK audiences than American, has a candor that fits the genre she stars in. Behind the barbed wit, comes a telling sadness that stems from a place of genuine agony. One senses that Morgan, like the rest of the ensemble, would sooner have skipped the pandemic than put this project on their collective CV’s.

But there was a pandemic. Within the film is a desire to showcase the best of humanity at the worst of times. Despite its hit-or-miss nature, with any luck, this so-so mockumentary will be the least of our worries by Christmas 2021.