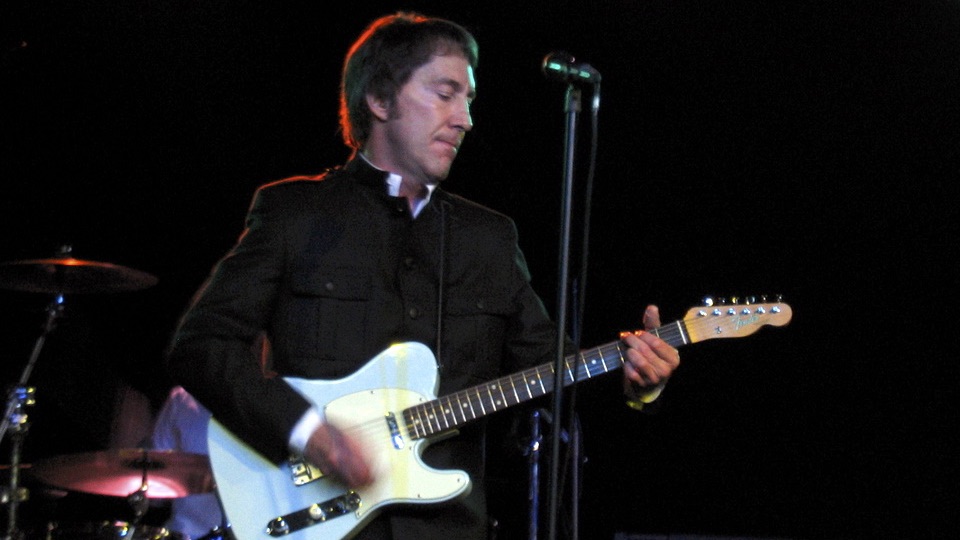 If you only know the late Doug Fieger from the songs he recorded with The Knack, then you’re missing out on a lot of other great music from a uniquely talented artist. Forever Together, a new anthology that was released in November, celebrates Fieger’s terrific solo work and also includes some previously unreleased Knack tracks.

Fieger was born in Michigan and was still in high school when he sang lead vocals and played bass in the band Sky. The group released two albums, both of which were produced by Jimmy Miller, best known for his work with bands like The Rolling Stones and Traffic. Fieger played in some other bands before moving to LA, where he met guitarist-keyboardist Berton Averre. The duo began playing music and writing songs together and were later joined by Bruce Gary on drums and Prescott Niles on bass.

The quartet became known as The Knack and earned themselves a solid reputation as a live band playing the LA club circuit. The group recorded some of the coolest power pop ever to grace the grooves of a vinyl record, including the immortal hits “My Sharona” and “Good Girls Don’t,” both of which were featured on their million-selling 1979 debut, Get The Knack. There was a bit of a backlash against the band after the success of that record, with critics knocking the group as older rockers writing songs about teenage lust in order to sell records, but in the know power pop fans always appreciated their catchy, quirky sound.

The band’s initial run lasted until 1982 when they broke up shortly after the release of their third album, Round Trip. The Knack reformed several times over the ensuing decades, both on record and for live performances, issuing their final studio album, Normal As The Next Guy, in 2001.

Fieger kept active outside of his work with The Knack. He issued two well-received solo albums, collaborated with artists like Was (Not Was) and Cars guitarist Elliot Easton, and did session work for a number of artists, including Ringo Starr and Roy Orbison. His masterful solo recordings are the main focus of Forever Together. The outstanding songs range from “Nothing’s Easy,” the Buddy Holly styled tune which kicks off the collection, to the energetic rocker “Ambition.” Both tracks were originally featured on Fieger’s solo album, First Things First. Also included are several selections from Hankerings, his tribute to the legendary Hank Williams. It’s a blast to hear this power-pop icon grab a hold of some roots music and indulge his country side on classic tunes like “Hey Good Lookin” and “Jambalaya (On The Bayou).”

If you’re a Knack fan, you’ll be very pleased that Forever Together includes a number of previously unreleased demos, live performances, and studio tracks from the band’s archives. Power pop devotees will surely dig tunes like “Got To Play The Game” and “Little White Lies.” The live tracks featured on the collection come from the years 1991 and 1994, and the songs include “My Sharona,” as well as the band’s fine covers of Neil Young’s “Cinnamon Girl” and Jimi Hendrix’s “Are You Experienced?”

There are also demos for songs Fieger recorded with his Knack bandmate Berton Averre. The collection is more than a fitting tribute to the talent he contributed to the pop scene.

0 comments on “Doug Fieger and “Forever Together””