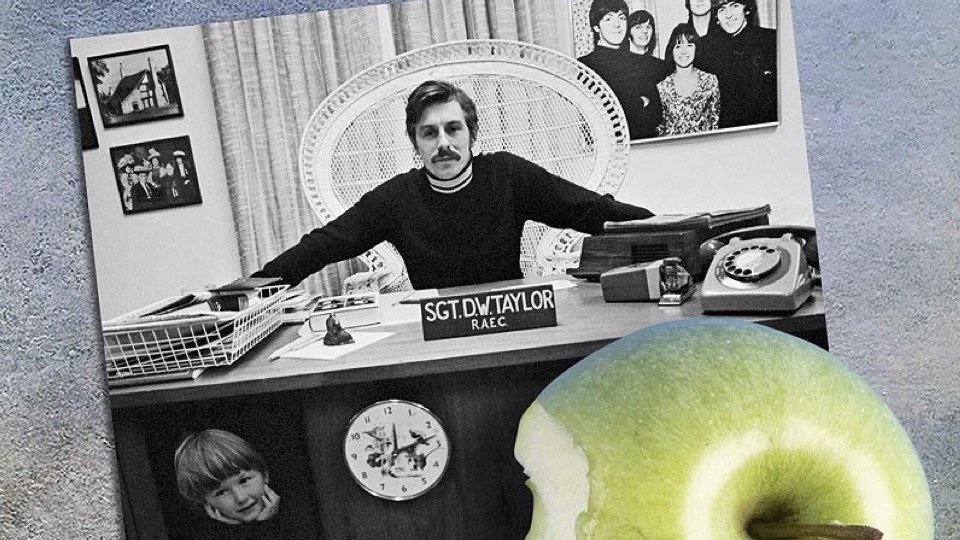 As we get closer to the release of Peter Jackson’s upcoming documentary Get Back, nothing in popular culture has showcased anything of the resonance left by The Beatles. Film festivals are surfeited with cinematic love letters to the four-piece, every project selected to tear behind the mythos. Mark Lewisohn is busying himself for the second chapter in a trilogy thirty years in the writing. Ringo Starr is in the process of promoting his latest E.P., while Martin Scorsese and Ron Howard have used the group as the subject of their own entertaining documentaries.

Andrew Darlington is the latest person to craft a chapter on Britain’s greatest export with his book, Derek Taylor: For Your Radioactive Children. Many familiar characters of the sixties counterculture pop around to move the story forward: Brian Epstein’s rigorous management of a band from Liverpool, Brian Wilson and the peerless melodies he gifted The Beach Boys,  the Byrds’ rapacious appetite for American music older than their fathers. Amidst these tidal changes came The Beatles, a four-piece Northern English outfit whose contributions to the rock lexicon are among the most revolutionary. What Derek Taylor – For Your Radioactive Children…. imparts is not only how incredible the era was, but how organically it developed.

It’s a brave writer who steps back to offer a wider narrative, but Andrew Darlington is honest enough to shine a light on the man who created a myth every bit as rich as the mission that led Christ to his fatal crucifix. From John Lennon’s messianic rise in the clubs of England to the comments he made about the son of God, Derek Taylor  – press officer and confidante – was there for all of it, summarizing the band’s talents with a verbosity unique to Taylor alone. Taylor, appointed by Epstein in 1964, witnessed the band’s ascendancy and stood by them through times of trouble and days of glory.

Though ten years his junior, George Harrison enjoyed a tremendous friendship with Taylor and attended his funeral in 1997. Taylor acted as muse for the guitarist and indirectly influenced the eerie melancholia that washes over “Blue Jay Way” (the song was inspired by George waiting for Taylor to arrive at his rental house in L.A.).

Much the same could be said of Lennon, who frequently wrote to Taylor during the eighteen-month separation Yoko Ono enforced upon him. Paul McCartney held Taylor in high esteem, as did Pete Best who received a healthy sum out of his involvement with The Anthology series. In many ways, Taylor’s relationship with The Beatles cost him the esteem of Epstein, which may explain Taylor’s decision to move to the U.S. in 1965. There, Taylor made a name for himself as one of the most inventive publicists in the business. Between gigs, Taylor tailored himself to the rhythms of poetry, and many of the pieces he completed showcase an irreverent voice every bit as biting as the works heard on The Beatles latter-day albums.

Darlington’s 336-page book is distinctive both for its theme – no other writer has dedicated this much focus to Taylor – and a desire to pay tribute to the many acts Taylor handled outside of The Beatles’ stratospheric orbit. Yet Darlington’s approach is to piece together the workings of a journalist of shrewd, singular discipline. The principal engine of Taylor’s writings was his penchant for dry wit.  “You can buy this album,” the liner notes for Beatles For Sale read; “…you probably have, unless you’re just browsing, in which case don’t leave any dirty thumbprints on the sleeve!”

His demeanor was genuine, punctuated by the zingers and one-liners of sixties comedy. Similar incursions into the world of Beatle politics necessitated Taylor to re-focus attention on the stillness of the world around him. His words were cryptic, cerebral – but never at the expense of those around him. Darlington comfortably details some of the decisions Taylor took in the seventies, whether convincing Faces keyboardist Ian McLagan to reunite with Steve Marriott, or producing art-rock progenitors Deaf School, a Liverpool group that once reduced the canny, composed writer to tears. Pop requires fluidity to create strong art, and with his dark hair (and poetic proclivities), Taylor was a natural for many among the pop contingent. (“Beautiful Child” – heard on the Tusk album – is purportedly Stevie Nicks’ admission to a dalliance she once enjoyed with the erstwhile Beatle press officer).

Often the mechanics of art are engineered by the puppeteers, as much as by the acts themselves. Today, pop has shied from the rigidity of class-centered theatrics to something more circumspect and creative, exercising the artists’ right to record in a voice of their choosing. Taylor’s voice (frequently disguised under the appearance of a pop act) is every bit as prescient today, as it was in 1964.

4 comments on ““Derek Taylor: For Your Radioactive Children…””