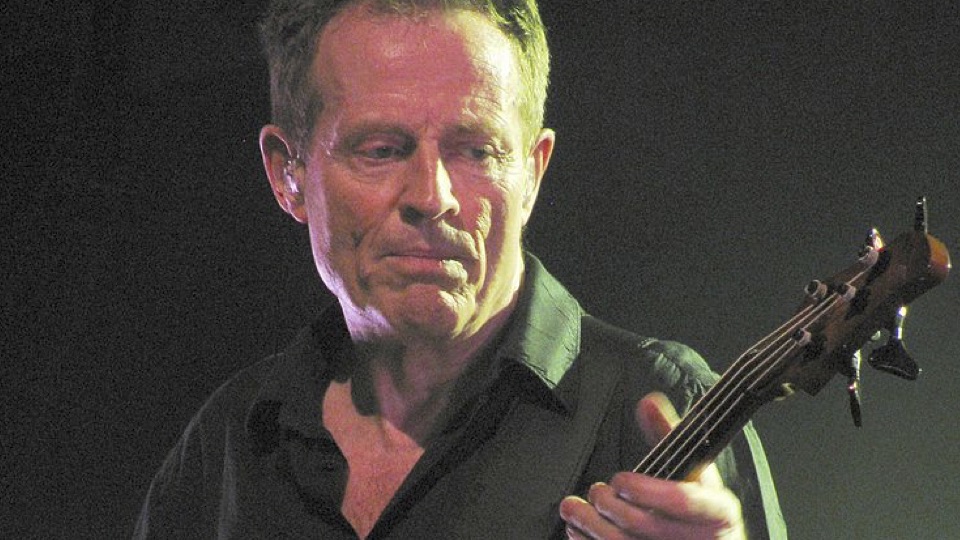 I’ve long held a soft spot for bass players. The four-string masters often seem under-appreciated in their respective bands, and yet they often come up with the most compelling solo music. To play bass you need both an instinctive feel for rhythm and melody, and a good understanding of music theory. With that in mind, here are five great solo albums by bass players who are arguably more famous for being part of classic groups.

With post-punk pioneers, Public Image Ltd, Wobble’s bass-lines helped lay down a blueprint for inventive, visceral, and anarchic rock. Since then, the bassist’s bassist has grown to encompass jazz, world, and ambient music, collaborating with the likes of Brian Eno along the way. For those unfamiliar with Wobble’s discography, Mu is a great place to start. Full of dubby, spacey beats, deep flowing bass and Wobble’s particular brand of English eccentricity, there’s something for everyone here. From the laid-back groove of “Viking Funeral” to the existential, thumping, and multi-layered electro-dance of “Samsara,” Mu offers unexpected delights at every turn.

Led Zeppelin bassists (and keyboardist) Jones was always too mercurial a talent to be constrained by the rock-band format. His 1994 collaboration This Sporting Life, with avant-garde performance artist Diamanda Galás, ably demonstrated the width of Jones’ musical leanings, but 1999s Zooma remains a highlight. Jones plays a variety of basses, both electric and acoustic, on this adventurous, instrumental album, alongside guitars, organ, mandola, and lap-steel. Jones is also credited with string arrangements and conducting.

The opener and title-track is surely one of the most startling beginnings to a record ever laid down, a sprawling, hard-hitting epic that evolves slowly from a fog of processed and ‘found’ sounds to become a driving neon nightmare. Zooma is not just a relentless assault, though. Witness the beautiful, lyrical, “The Smile Of Your Shadow,” which unwinds like a sparkling river, and the jazzy, meandering “Bass ‘N Drums.” For the most part, however, Zooma is a full-throttle adrenalin ride, and all the better for it.

Smash Your Head Against The Wall by John Entwistle, 1971

“The Ox” always stood out in The Who, motionless and stoic amongst the manic chaos, flinging out melodic bass runs which glued the entire fabulous mess together. He cut seven solo albums in all, but this is arguably his strongest. Entwistle mines a rich vein of distinctive dark humor on such wonderful rockers as “Pick Me Up, Big Chicken,” and “My Size.” Entwistle rocks just as hard here as he ever did with The Who, but it’s the lyrical invention, together with sparkling compositions full of memorable flourishes and adornments which lift this album far beyond the ordinary. “No 29, Eternal Youth” steals the show with its rousing, witty chorus and infectious beat.

Moss Side Story by Barry Adamson, 1989

Another ex-stalwart of the post-punk scene (with the excellent Magazine,) Adamson is something of a Renaissance-man. A writer, photographer, and film-maker, Adamson has collaborated with a fascinating list of artists, including Nick Cave, Depeche Mode and David Lynch. All of his solo albums are worth seeking out, but his debut, Moss Side Story is a bit special. Named after a notorious area of Manchester, UK, where Adamson was born, on this record you can expect to hear unsettling sound effects, fearful screams, spine-tingling strings, and some of the most swinging, funkiest grooves around. It is an album bursting with ideas, a grab-bag of sounds and styles. The faint-hearted might want to explore some of Adamson’s more accessible work, but Moss Side Story is a staggering achievement.

Scottish musician Bruce may be primarily remembered as one-third of the original super-group Cream, alongside Eric Clapton and Ginger Baker. Bruce provided bass and lead vocals for that outfit, also co-writing many of their hits. Outside of rock, Bruce’s main influences were jazz, soul, and funk, as evidenced on this fine solo album, one of many recorded by the man. Like Moss Side Story, Harmony Row is named for and inspired by the location where Bruce grew up, a tenement street in Glasgow. From the ambitious, acoustic “Can You Follow” to the rocket-powered ultra-soul of “You Burned The Tables On Me” and the soft introspection of “Folk Song,” there are plenty of reasons for repeated listens to this stirring set.