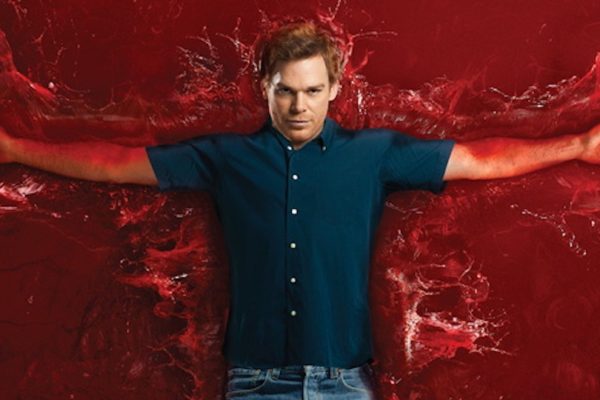 Unlike many shows, Dexter (2006-2013) never had to find its groove. Showtime’s brilliant thriller about a friendly neighborhood serial killer who channels his compulsion to kill into a parade of principled murders had already hit its stride in Season One. Immediately, it was compulsively, subversively, hilariously watchable as it quickly steamrolled over any qualms we might have had about rooting for the bogeyman. Somehow, suddenly, it was okay to rally behind a guy who kills people and quietly dumps their neatly-bagged remains in the ocean. Whatever Dexter’s flaws, he was clearly a cut above the Ice Truck Killer, a sick-o who hacked up hookers and left their gift-wrapped body parts in public places. He was also better than the rapist-murderer who posted videos of his dirty work on a website called “Scream Bitch Scream” and the clean-cut family man who beat repeated vehicular homicide raps by crying crocodile tears in court.

Americans used to give tin stars to principled gunslingers willing to kill folks who were threats to society. Nowadays, we call them vigilante psychos but they’re equally effective at keeping the peace in South Florida, that little bit of heaven for retirees, snowbirds and beach bunnies awash in Miami Vice aqua and pink. Dexter Morgan, who works as a forensic blood-spatter analyst for the Miami Metro PD, has called Miami home since he was just a little bougainvillea twig,  back when his canny foster father, Miami cop Harry Morgan, spotted his thorny inclinations (killing small animals) and began pruning him into a facsimile of a normal person. (Smile for the camera, Dex!)

Dexter’s family history is outrageous yet not utterly alien: Who doesn’t admire fatherly devotion? Even if respected career-cop Harry did execute some serious moral limbo in order to reconcile his oath to protect and serve the public with his determination to keep his adopted son Dexter out of the psych ward. Even if Harry kept his beloved wife in the dark. Even if he neglected his daughter Debra — now a cop herself — and left her with daddy issues. Let’s face it: Lots of parents focus mostly on the neediest child…We get that.

Ultimately, though, Dexter stands or falls on the performance of Michael C. Hall, then fresh off his acclaimed run as David Fisher, the gay heir to a funeral parlor on Six Feet Under (2001-2005). If Hall hadn’t been able to sell Dexter’s mix of slightly awkward charm, voice-over navel gazing and reptile-brain ruthlessness this show would have died a swift death. And even Dexter — that supremely self-aware monster — can’t believe that only ONE colleague senses something behind the mask of sanity. That’s the benefit of being a model employee: Dexter has studied workplace rituals and figured out how to mimic them. He doesn’t hit on women or smirk as they walk by; he doesn’t overshare his private life; he doesn’t make waves. Dexter would never steal your chocolate chip cookies or swill the last of the communal coffee without making a fresh batch. Think about it: How much slack do you cut the fellow cubicle slave who brings donuts? Especially one who’s a good listener.

We all love our monsters, but we like them with clean fingernails, good haircuts and tidy homes. Dr. Frankenstein’s ugly creation gets hounded out of town by the villagers while suave Count Dracula is welcomed in the best drawing rooms in Europe. What attention to grooming can do! Just imagine that Dexter is just a superhero, a guy with a secret identity and a mission to do good. Do we hold it against Batman that he’s been running roughshod over civil rights and due process since 1939? Not the last time I looked. Cut Dexter some slack. He’s a hero whether he has a soul or not.