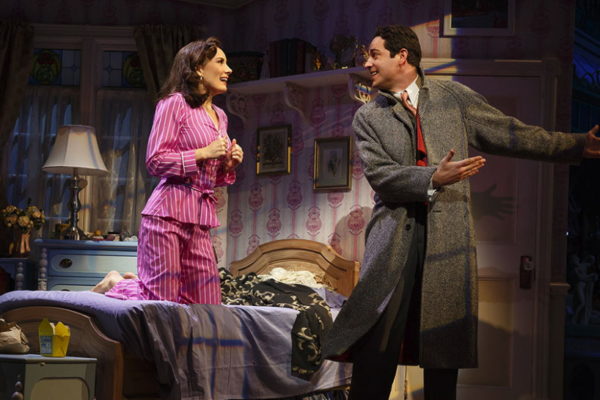 Bonnie Comley and Stewart F. Lane aren’t just fans of Broadway. They’re producers on Broadway, too. Tony Award-winning producers, no less. Credits include A Gentleman’s Guide to Love & Murder (Best Musical, 2014), War Horse (Best Play, 2011) and Jay Johnson: The Two and Only (Best Special Theatrical Event, 2007). So it makes sense that these two would be the ones to make a Broadway streaming site a reality. Hear what this dynamic duo had to say about putting on a show – over 150 in fact – online with BroadwayHD, set to celebrate its one year anniversary this Fall.

CultureSonar: How and when did BroadwayHD come about?

Bonnie Comley: The website was an end product that came from Stewart and I pursuing stage to screen transfers for years…Our history goes back to The Will Rogers Follies which was shot for Japan. Ever since then we were involved with one-offs: Finding one play or musical that we loved and then capturing it.

Stewart F. Lane: Then about 5 years ago we started to develop a real website because of the way the audience had changed with iPads and iPhones…and on TV with the arrival of Glee and Smash.

CS: What’s been the most popular content on the site so far?

BC: Our most popular content tends to be those most recently on Broadway, the West End, or Off-Broadway. She Loves Me (2016), for example, was our number one title in July, followed by Gypsy (2015) starring Imelda Staunton, and Billy Elliot the Musical (2014) starring Elliott Hanna…Then the people who come for something new will see some of the older stuff and say, “I love it.” That’s what’s happening.

SFL: Without a doubt, I would suggest our 2015 recording of Gypsy from London’s West End starring Imelda Staunton. Her performance is mesmerizing. How many of us would have had the opportunity to see this stunning production in London? Now, it can be enjoyed by all!

CS: What’s coming up on BroadwayHD of particular interest?

SFL: We are constantly working to add new titles to our on-demand library and looking for opportunities for future live streams. In 2016, BroadwayHD captured live performances of She Loves Me, The Woodsman, Old Hats, and Buried Child…We’re excited about what’s coming up these next few months!

We have a new website! BroadwayHD had a facelift and is now better than ever. We think the layout is much more intuitive, and our viewers will have no problem finding the content they’d like to stream. Check it out at BroadwayHD.com. We also have apps for Roku and Apple TV, and mobile apps are on the way very soon.

BC: We received countless heartwarming messages after the She Loves Me live stream aired on June 30th. Messages poured in from people all over the world telling us how this experience changed their life or the life of a friend or student. Stories like these inspire us to do what we do every day. This was exactly our intention when we started BroadwayHD, to preserve and promote live theater so anyone, anywhere can enjoy the magic of Broadway and Broadway-caliber shows.

Photo of She Loves Me by Joan Marcus

0 comments on “BroadwayHD: Now Streaming the Magic of Theater”