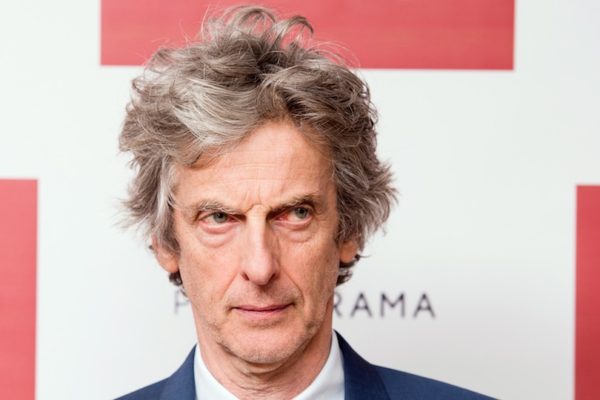 Because Doctor Who has been around for over 50 years, there are those who — while curious — hesitate to jump into the waters of Whodom. Understandably so: A newcomer can find themselves overwhelmed by 26 past seasons and reboots nine. Then there’s the concept: An alien who travels through time and space and never dies? You can practically hear the collective, “hmm.” But if you’re still willing to give it a try, we’ve outlined four solutions for four different personality types. Find yourself and know the most rewarding journeys, while long, start with a single step. We promise we will not ask you to start back in 1963.

The Purist’s Entry Point: Season 1, Episode 1 (“Rose”)
[amazon template=right aligned image&asin=B0089AD8IO]For those who like to begin with the beginning, head on over to the first episode of the reboot in 2005! It’s the perfect primer for newbies since this episode covers what the series is all about, while feeding you subtle bits about the Doctor. It also helps that the “Rose” episode kicks off with some non-stop action that doesn’t let up until the end. Why wouldn’t you move on to the second, and the third, and the fourth? Suddenly, thirteen hours have gone by. In fact, you’ve probably already started on the next season. Guaranteed.

The Sci-fi Novice’s Entry Point: Season 3, Episode 10 (“Blink”)
You’re not into sci-fi? That’s okay. Worried about not being able to track all the characters? Well, Doctor Who and his primary sidekick don’t even appear in this episode. How’s that, you ask? Yes, “Blink” is simply a classic example of the show’s consistently excellent storytelling. Plus, it’s scary as hell, so dim the lights, bring the popcorn, and invite a trustworthy friend (in case you choke on a kernel and need someone to administer the Heimlich maneuver). And don’t blink. Just…don’t. After your heartbeat returns to normal, you can move on to the touching “Father’s Day” (Season 1, Episode 8), and the spookily bittersweet “The Girl in the Fireplace” (Season 2, Episode 4).

The History Buff’s Entry Point: Season 5, Episode 10 (“Vincent and the Doctor”)
Doctor Who was originally intended to be an educational show with interactions with historical characters. Corny? Perhaps. But Doctor Who embraces the cheese factor then turns it on its head. This one involves the painter Vincent Van Gogh and the show’s portrait of the troubled artist is at once humorous and bittersweet. Plus, you’ll get a brief glimpse of some of the Doctor’s other incarnations, which will pique your curiosity about other seasons. This can be followed up with “The Shakespeare Code” (Season 3, Episode 2), and “Tooth and Claw” (Season 2, Episode 2), where Queen Victoria kicks some serious ass.

The Patient Sampler’s Entry Point: Season 1, Episodes 9 (“The Empty Child)” and Episode 10 (“The Doctor Dances”)
I hesitate to prescribe a two-parter as an intro for most, but some people like a deep dive instead of a toe-dip. So for that type of viewer, these back-to-back episodes exemplify the show at its very best: a great story with very real emotional pull. You’re also introduced to the very lovely John Barrowman who plays Captain Jack. Afterwards, get up to speed on the current Doctor via another double feature — Season 9, Episodes 3 and 4 (“Under the Lake” and “Before the Flood” — which is more of a nail-biter as well as a prime example of why Peter Capaldi is so popular with current fans).

0 comments on “Some Easy Ways to Get Into “Doctor Who””