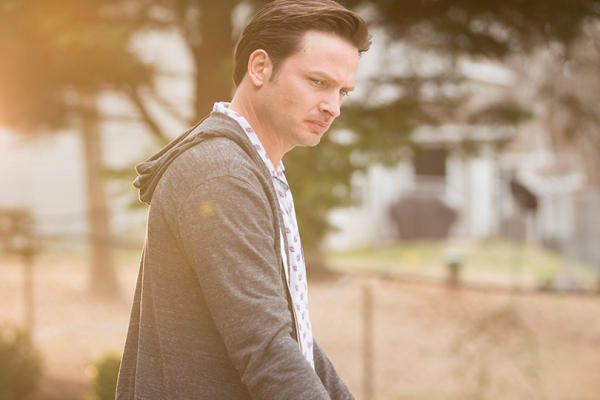 Some shows are meant to speed through, gobbling down episodes like so many Pringles yet leaving you hungry once you’ve reached the bottom of the can. This isn’t to say that they’re bad per se. It’s just that their methods of storytelling reward quick viewing. Freaks and Geeks lets you spend a whole school year with the Weirs in a matter of hours. Watching large chunks of Rick and Morty means that you can really reside in its alternate realities, so that its off-kilter hilarity almost seems normal. It feels like everyone does indeed know your name on Cheers as you let one half-hour turn into a double, then a triple with Sam Malone and the bar’s regulars.

But other shows do best when they’re given time to breathe. Some complain that nothing happens in Mad Men, but Matt Weiner’s show was never driven by plot. Instead, it’s a show built around characters and each minute degree of their arcs, and each episode deserves its time to sit with you.  Similarly, the current AMC show Halt and Catch Fire is best enjoyed slowly since it’s propelled by the strength of its central characters–particularly now its powerhouse female co-leads–rather than the plot points that definite each season.

Like Mad Men and Halt and Catch Fire, SundanceTV’s Rectify is one that’s best enjoyed slowly. Ray McKinnon’s Southern drama is the television analogue of pecan pie, a treat so rich that it shouldn’t be rushed. Its pace – and tone – is best described as meditative, and it’s not dependent on big events in its plot. Set in the small town of Paulie, Georgia up until the final season premiering later this year, the drama centers on the life of Daniel Holden (Aden Young), who has just been freed by DNA evidence after nearly two decades on death row. He returns to his hometown, where not everyone is happy to see him, with the grand exception of his mother, Janet (J. Smith Cameron) and his hard-fighting sister Amantha (Abigail Spencer). His troubled relationship with stepbrother Teddy (a standout Clayne Crawford) is just one example of the challenges he faces upon his re-entrance into society. But characters like Amantha and Teddy, who would be easily cast as pure heroes and villains in a simpler, less rewarding show, are nuanced and complex. Like Daniel, they’re neither wholly good nor evil; instead, they act according to believable motivations and are both flawed and striving for better.

In the age of gulp-able true-crime hits like Serial and Making a Murderer, did-he-or-didn’t-he is the prevailing driver that keeps fans hooked. However, Rectify doesn’t center on this idea. It’s not so much about if Daniel did commit the rape and murder that caused his incarceration, but it focuses more on what his time in prison did to him and how he and his relationships have been forever changed by it. Who is he? How can he recover old relationships and ever hope to begin new ones?

Beyond the issue of Daniel’s guilt or innocence, Rectify asks the big questions: ones that even if they can ever be answered, can’t be in 45 minutes. When each episode transitions to its final credits, it’s best not to auto-play into the next one. Instead, there’s plenty to contemplate, and whether you return to the drama in a day or a week, its ideas will likely pervade your thoughts. It’s the most human show on television, exploring questions of identity and soul with a thoughtfulness that’s rare even in the era of peak TV. Its depth is emphasized by the lyrical quality of dialogue from McKinnon and his fellow writers.

But that’s not to say that the show is all heaviness. No series better explores the small joys in life than Rectify, from the pleasure of hearing the wind in the trees to the pure sweetness of an apple fritter. Daniel couldn’t experience these in his 19 years in prison, so each moment is fresh for him, and the audience sees each feeling of happiness through his eyes. It’s not without humor, particularly as Daniel learns what has changed in his time on death row with things that we – and his neighbors in Paulie – take for granted as normal.

The drama returns for its fourth and final season October 26, giving new viewers plenty of time to catch up at their leisure and for fans to take another trip to Paulie. Rectify requires patience, but the payoff – experiencing one of TV’s best series – makes it worth the wait. All three seasons are available to stream on Netflix.

0 comments on “Rectify: Too Good for Bingeing”