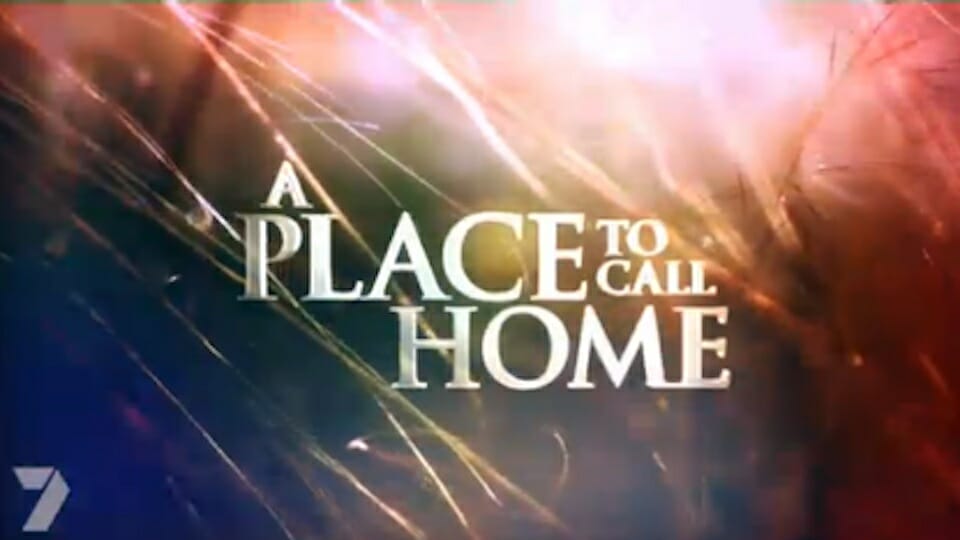 Whether you think Downton Abbey is the best show ever or an overrated mess, its success has clearly revived interest in costume dramas. This is true not just in the UK and America but also Australia. Considering their historical/cultural connections with the UK, it’s not surprising that their TV dramas would follow similar lines. One particular program, though, suggests that they’re every bit the equal of their mother country.

Since it’s premiere on Australian TV in 2013, more than one writer has compared A Place to Call Home favorably to Downton Abbey. Set in post-World War Two Australia, the series focuses on the well-to-do Bligh family and those who come into their orbit. Foremost among the second group is Sarah Adams, played by the terrific Marta Dusseldorp, a nurse who returns to Australia after many years in Europe. Sarah’s past proves to be both a bit mysterious and quite significant as the various storylines unfold, though she’s already been involved in matters of life and death with the family well before then.

Describing the plot(s) of any serial drama inevitably does it a bit of a disservice, and in some respects the onscreen events of A Place to Call Home aren’t all that different from other shows of this kind. Where it distinguishes itself from the costume drama crowd, though, is its characters and the issues they face. On the latter front, anti-semitism, the acceptance of homosexuality and coming to grips with the legacy of the still-recent war are just a few of the concerns that animate the series.

Of course, that aspect would be beside the point if the characters weren’t so compelling, particularly the female characters. Sarah and matriarch Elizabeth Bligh – portrayed by Noni Hazelhurst – are the most obvious examples, but they’re not alone. Olivia Bligh, whose marriage is put through the wringer almost from the outset, is another standout. Actress Arianwen Parkes-Lockwood takes a role that could easily have been just a cliched suffering spouse and infuses it with dignity and dimension, making her something of a microcosm for the show itself.[amazon template=right aligned image&asin=B01BU3PWC6]

So far, there have been three seasons of A Place to Call Home, with a fourth currently in production. This is particularly impressive, considering the program was initially canceled after the second season until fan outcry led to a reprieve. Here in America, it can be seen on streaming service Acorn TV and various public TV stations as well as good “old-fashioned” DVD. Even those who don’t typically enjoy costume dramas may find themselves hooked on this remarkable show.

Photo Credit: Fair use image of A Place to Call Home title screen.

0 comments on “The “Down Under Downton Abbey””