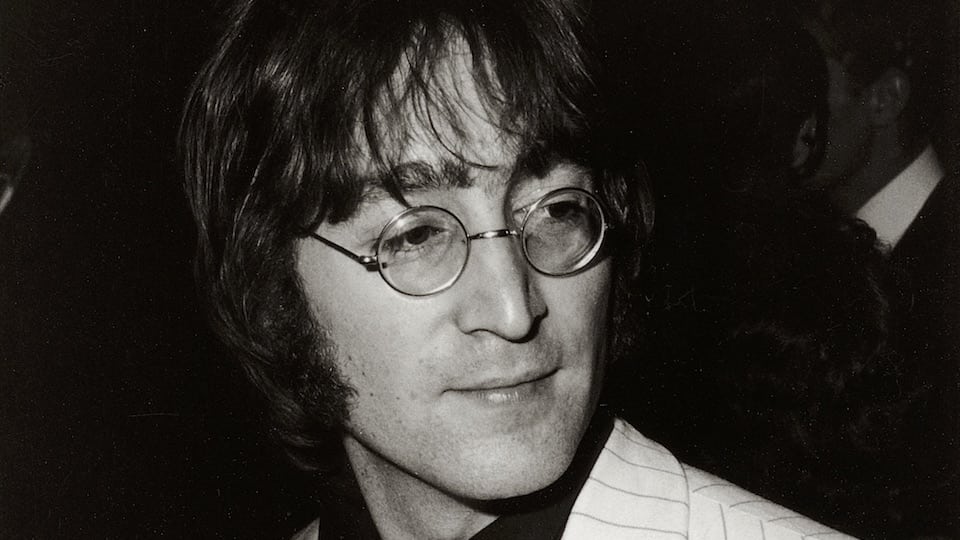 In the years before my parents’ passing, I used to phone them once a day to read a chapter from The John Lennon Series. On one such occasion, as the chapter fell to a close, my mother cried, “Those poor boys! They never have a day off! All they do is work!” She wasn’t wrong. The Beatles worked approximately 355 days a year, with the odd trip to Ireland or a quick island retreat tossed in here and there. Most of the time, the boys were writing, recording, acting, performing, starring on a television or radio show, accepting awards, or being interviewed. And for John Lennon – who penned award-winning books of poetry and prose in 1964 and 1965 – there was writing, editing, and illustrating to be done as well. The Beatles were, as Troy Polamalu says, “never not working.”

But John Lennon found a way to make his scant moments at home in Kenwood (his Tudor mansion in the stockbrokers’ belt of Weybridge, Surrey) more enjoyable. He purchased an elaborate set of Scalextric cars and a “long and winding” set of convoluted tracks. Indeed, the cars took up the entire attic level of his home, and they were enhanced by two gigantic speakers over which John would play the sound of cars racing, motors revving, tires squealing, and crowds cheering. (No screams, thank you.) Ringo, who lived only a mile or so away in Sunny Heights, frequently joined John in the competitive passion for racing these colorful, electric toys. George, too – who adored race cars – joined in the fun. And John’s childhood mate, Pete Shotton, for whom John had purchased a grocery store/post office on nearby Hayling Island (60 miles from Kenwood), frequently motored down for the weekend to join the fray.

One wonders if, as a boy, John had owned the 1947 Scalex tinplate model cars that were the forerunner to this 1950s electric version. These early models were run by clockwork motors that first propelled the tiny vehicles into motion when the steering wheel was lifted away from the dashboard. (Later, the “Mark 2” Scalex was activated by pulling the exhaust pipe.) They were all the rage in the 1950s. However, around 1955, children began requesting more complex cars that would move at greater speed, and sales of the simple Scalex toy began to dwindle. That’s when engineer Fred Francis decided to add an electric motor to the Scalex version and “make it better.”  He formed his own company called Minimodels, LTD, and began producing a revved-up toy racing car that he called “Scalextric.”

But it wasn’t the cars alone that made Francis’ innovation so popular. It was the fact that Scalextric cars could be raced on a track and controlled by the drivers. At first, Francis tried placing the racers on a metal track. But the experience felt nothing like a roadway and had only minimal appeal. So, he began to develop the track – initially, using plastic, but later, using rubber with metal slots into which a Gimble wheel beneath the car’s body was inserted. This wheel held the car on the track and allowed it to move around curves and hills. To add a bit of excitement to the drive, Francis made one rear wheel of plastic and the other rear wheel of rubber. That would cause the car to lose stability when it took the curves, if not maneuvered quite carefully.  Now, these were a gigantic hit! In fact, between 1955 and 1956, the demand for Scalextric cars more than doubled, and production could in no way meet the demand.

There is no mention of John having any race cars in his aunt and uncle’s Woolton home, Mendips, where John grew up. Mimi only lists John’s many books, his art box, and the beloved post office set. She told Ray Coleman that she preferred her nephew to read, write, draw, and “follow creative pursuits.” But on the November-December 1963 U.K. Tour, Neil Aspinall purchased a Scalextric set for the boys to race in the Exeter dressing room, whilst waiting to perform, and the toy was so popular that, from there on out, the Fabs took it with them from venue to venue.

At the Winter Gardens in Bournemouth, journalist Dave Haith was included in their rivalry. He wrote, “I…had been sent along to cover the show. I was taken to [The Beatles’] dressing room and they were having great fun with [the Scalextric set]. I thought it would be a good thing to have some fun with them so I asked if I could join in. One of them handed me a controller and there I was, racing The Beatles…until I crashed on a corner! They were a fun bunch of lads.” The race was such a high point of Haith’s visit with the lads that a photo of The Beatles and their Scalextric cars appeared the next day on the front page of the Bournemouth Evening Echo. (Creasy, Beatlemania: The Real Story of The Beatles U.K. Tours, 1963-1965, 187)

So, it’s no surprise that in August of 1964, when John and Cynthia purchased Kenwood and began to renovate it, a designated area for racing cars was delineated. From the very first meeting with architect Keith Partridge, John set aside the former servants’ quarters in the attic as the residence for his favorite toys.

In her 2005 biography of her husband, entitled John, Cynthia Lennon talks about John’s delight in racing those Scalextric cars around and around his complex web of tracks. She says, “the attic…was gutted and renovated and became our games area. Scalextric car racing was a big craze and John bought three sets, which were laid out as one enormous track. Anyone who came to the house, especially Paul, George, or Ringo, would be dragged upstairs, past Julian’s life-size rocking horse, into the Scalextric room for a no-holds-barred race. John was ferociously competitive and always chose what he thought was the fastest car. He and Julian would team up together against the opposition and the race would be played out amid whoops, screams, and shouts of “Cheat! Your car’s been souped up. Mine’s been fixed!” (p. 167)

John loved bright cars that moved at great speed. In fact, Paul McCartney once commented that as a driver John only knew “fast and stop.” Because of this, John didn’t dare secure a driver’s license until 15 February 1965, the day on which The Beatles, ironically, began recording John’s “Ticket to Ride.” But even after acquiring his official permit, John drove very little. He preferred to let chauffeurs such as Alf Bicknell and Les Anthony take the wheel while he reclined in the back seat, sleeping on the 27-mile drive home from London to Weybridge.

However, the desire to relax on commutes didn’t stop John from buying impressive automobiles. His first car was a Blu Azzurro Ferrari 330 GT 2 + 2. Of course, there was the famous psychedelic 1965 Rolls Royce, a 1956 Bentley S1, a family-oriented Austin Maxi (which he famously wrecked in Scotland, avoiding a driver in the wrong lane), a 1970 Mercedes 600 Pullman, in “Apple green” (technically, “Amber Sherwood Metallic”) 1972 Chrysler Town and Country station wagon, and later, a W123 300TD Mercedes Benz station wagon.

But none of these cars brought John more delight than his swift Scalextric set. Those super-charged vehicles entertained him in the quiet, small hours following long recording sessions in EMI. John found simple joy in his forest green Ferrari model surging past the red Aston Martin. He lost himself in the mindless release of simpler days when books and toys and picturedromes were all a boy needed. In Kenwood’s third-floor attic, replete with snaking tracks and whizzing electric cars, John found a way to connect with his son, Julian. They bonded over the roar of engines and the thrill of the race.

For the complete history of Scalextric cars, an interview with Fred Francis, and great videos of the electric vehicles in action, go to: https://www.youtube.com/watch?v=r_rCI1P77cU&t=33s