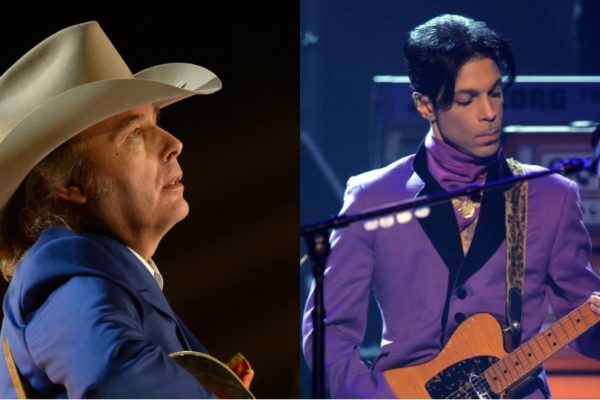 We are coming up on the anniversary (Apr. 21) of the death of Prince. I still vividly remember that day, hearing the shocking news, obsessively watching CNN – and I have a lot of friends who are dreading this first milestone. There have been a lot of tributes to the Purple One since that sad day – but few as interesting as the one recently made by Dwight Yoakam. He’s spent the last couple of decades both revitalizing and redefining what “country” music is – and can be. A noted devotee of “the Bakersfield sound” first made famous by the late Buck Owens, Yoakam has always put his distinctive, twangy, skinny-jeaned spin on things.

And now, he’s done it to Prince’s signature song.

Yoakam recalls that he was working on his just-released album, Swimmin’ Pools, Movie Stars… when the news of Prince’s death came over the wires. He and his crew decided to honor him with a unique, bluegrass take on the classic.

As he told People magazine, “I went to the studio, and everyone was kind of experiencing a bewildered sort of shock about it, and I felt deeply saddened. The fact that he was found alone at his compound just seemed … a tragic punctuation to the sense of the loss for millions that he had brought such joy to with his music…We were all lamenting it, and I said, ‘It just feels like we should record “Purple Rain.”‘ I had always loved the simplistic beauty of that melody and refrain.”

Another interesting point to the story is that Yoakam got the go-ahead from the same big-time record label executive (Lenny Waronker) who had originally signed Prince to a deal. The confluence of a country star and Paisley Park may seem unusual, but considering that country music has always trafficked in loss, pain and regret, maybe not so much. Have a listen.

0 comments on ““Purple Rain”…With a Twang”