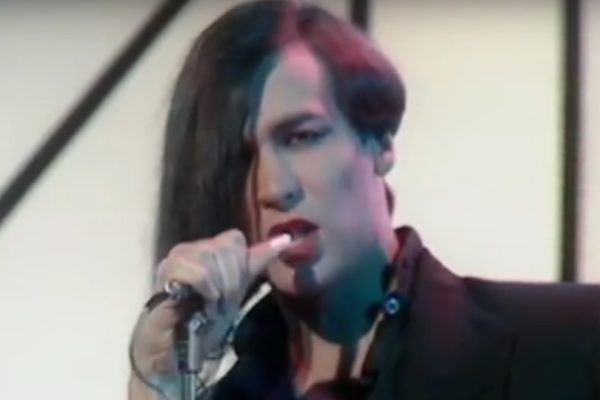 When the sultans of synth wrested the keys to pop’s executive washroom from guitar strummers in the ’80s, the charts were invaded by electronic outfits like Soft Cell, The Human League, Depeche Mode, et al. But even though Minimoogs and ARP Odysseys kicked Telecasters and Strats to the curb on an international level, the bulk of the action on the synth-pop scene came from the U.K. Sure, there were plenty of synth jockeys making great records in the U.S., like Our Daughter’s Wedding, The Units, Crash Course in Science, Anomy, and Port Said, to name just a few, but the biggest synth-pop success stories came courtesy of Old Blighty.

But for every Ultravox or Gary Numan ascending to synth-pop stardom, the British music scene of the ’80s held dozens more electronic hopefuls whose names would never be uttered on Top of the Pops — artists who were just as exciting and innovative as their more famous contemporaries but largely fated to dwelling in obscurity, until now. The ambitious archivists at Cherry Red have done vintage synth-pop lovers a public service by curating an exhaustive survey of the genre’s boom period in the U.K., focusing more on the unknown artists than the big names, and gaining a greater impact in the process.

Over the course of four amply stocked CDs and a 48-page book with copious liner notes and photos, Electrical Language: Independent British Synth Pop 78-84 provides an alternate history of the phenomenon for anybody who assumed that the style began and ended with “Don’t You Want Me” and “Tainted Love.” In the ’70s the synthesizer had largely been the province of musicians eager to empty their bank accounts, clear an elephantine amount of space in their rehearsal rooms, and spend untold hours poring over instruction manuals. But as synths became cheaper, simpler, and smaller, tech developments dovetailed with the blossoming post-punk DIY ethic. Thus, as this set points out, electro-poppers became as mighty a force in the U.K. underground as their six-string-inclined cousins.

With 80 artists represented and all limited to one song apiece, Electrical Language does toss in early, lesser known tracks by a few of the era’s synth-pop stars like Thomas Dolby and O.M.D., mostly for context. But the meat of the set lies in items like Music For Pleasure’s melding of the majestic and the quirky on “The Human Factor,” the urgent, edgy rumble of Basking Sharks’ “Croatia,” Martin O’Cuthbert’s loopy, lo-fi “Committed to Vinyl,” and the stylishly robotic dance pulse of Shox’s “Lying Here.”

As Electrical Language makes clear, there were also old-school rockers like Bill Nelson of art-rock heroes Be-Bop Deluxe and Robert Calvert of space-rock stalwarts Hawkwind, who were fascinated by the new synth scene and gamely released electronic tracks of their own. In fact, the set is named for early adopter Nelson’s 1978 nudging of his aforementioned band into a new, technology-besotted direction with a decidedly New Wave-sounding single.

Compiled by Richard Anderson and featuring notes about each track, often written by the artists themselves, Electrical Language is a deep, loving dive into a corner of the ’80s underground seldom (if ever) examined in a truly authoritative, penetrating way. The set rights that wrong by offering up the most intensive and ultimately rewarding survey of the musical milieu that’s ever been presented.

Photo: Phillip Oakey of Human League by Luz A. Villa

0 comments on “Electrical Language: The Secret History of Synth Pop”