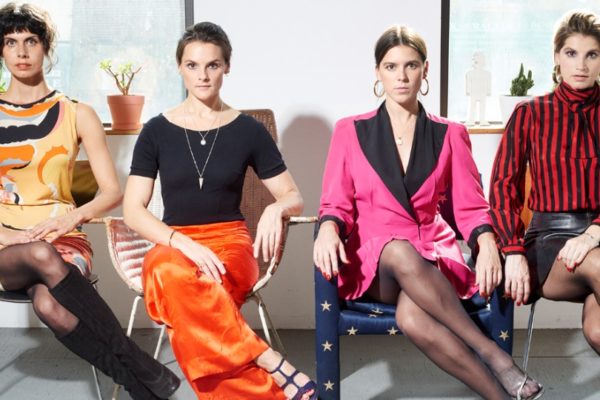 It’s no secret we tend to romanticize, even fetishize, the past. In the late ’60s and early ’70s, not quite two decades into rock and roll, as psychedelia and prog rock continued to take fans further “out there,” a wave of nostalgia for the genre’s leaner beginnings gave us Sha Na Na, Elvis’ comeback, American Graffiti, Grease and The Rocky Horror Picture Show. (And let’s not forget the Fonz!) A decade later, even as generally progressive movements like punk, hip hop and new wave pushed things forward, many preferred to look back: Jim Morrison and the Doors were suddenly big again while cultural phenomenons The Big Chill and The Wonder Years served up the soundtrack of the ‘60s.

Today, unprecedented access to the entire pop canon only seems to increase our appetite for the repackaged and the rehashed. Or maybe we just need to react to what was, before we can move forward. One thing is clear: content creators seem eager to feed the ’80s nostalgia beast, giving us Reagan-era settings in Stranger Things and The Americans and rebooting franchises like The Goonies and Gremlins for the big screen and Twin Peaks for the small one.

Musically too, there are plenty of new artists mining ‘80s-era Synth pop. Neon Indian, Washed Out, Twin Shadow, The Soft Moon, La Roux, Future Islands, CHVRCHES, and Chromeo are just a handful of the acts churning out rubbery bass lines, airy string pads, gated snares and motorik percussion like it’s 1986. (WARNING: After listening to some of these bands, you may, indeed, feel compelled to dust off that trench coat with the shoulder pads, run to the nearest ’80s Dance Party and do the Carlton Dance without irony or shame.)

But the more inventive among this newer crop of artists don’t merely exploit the era’s most gimmicky textures, they synthesize (pun intended) a few different elements into something new and fresh. Brooklyn-based TEEN borrows liberally from the sonic palettes of Berlin, Missing Persons and Cocteau Twins, but the songs on last year’s Love Yes are imaginative and contain enough surprises to transcend mere imitation.

Album opener “Tokyo”’s intertwining synth lines buzz, preen and prance, whisking us along in a time machine which, by the chorus, reaches the celestial heights of Treasure-era Cocteau Twins. The Cocteau connection is even stronger on standout track “Example” and on album closer “Push,” where Christina “Teeny” Lieberson’s flexible vocal instrument recalls not only Elizabeth Fraser’s effortlessly lilting soprano, but also Judy Collins’ and Joni Mitchell’s.

Teeny is the group’s primary composer and her gift for taut, skinny-tie pop is evident on “All About Us” and “Free Time,” which bounce along with the effervescence of Berlin’s “Metro” and “Masquerade.” But the foursome (Teeny’s sisters Lizzie and Katherine on keyboards and drums, respectively, with Boshra Alsaadi on bass) proves they are more than just a pastiche of Synthpop tropes. “Animal”’s detuned synth, sonorous melody and looser vibe recall ‘60s psychedelia more than ‘80s new wave.

And a decidedly non-‘80s influence explains one of the record’s more incongruous elements: occasional sax and trumpet interludes that appear in long fade outs among the crisp electro tunes. Those familiar with the Lieberson sisters’ lineage (their father was classical composer Peter Lieberson) might be inclined to attribute the jazzy asides to their father’s influence, but the band instead cites records by hip-hop artists like Wu-Tang Clan and Kendrick Lamar which feature short skits in between the tracks.

PS. You may enjoy our posts looking back on some big ’80s names: Alison Moyet, Thomas Dolby, Midge Ure, and Howard Jones. Plus, check out our post 5 New Albums That Keep the Spirit of the ‘60s Alive.