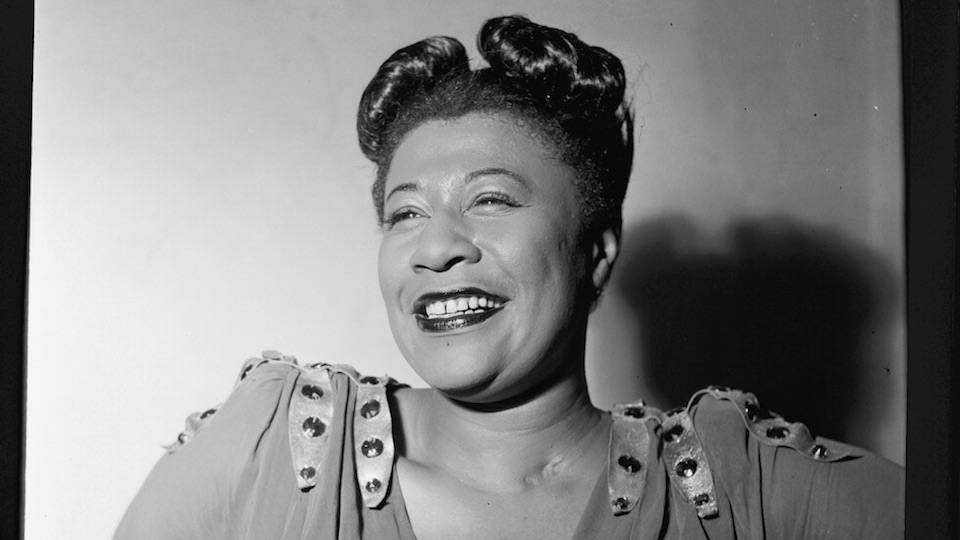 Directed by Leslie Woodhead, Ella Fitzgerald: Just One of Those Things chronicles the First Lady of Song’s history from her humble Harlem beginnings to becoming one of the world’s foremost jazz vocalists. Featuring previously unheard interviews and archive footage, this documentary is a rarity in that it doesn’t have the tragic foreshadowing that so often comes when recounting the life of a 20th-century jazz legend. Sadly, thriving to a ripe old age is often not just one of those things in this genre of music doc. Here, however, we get a story about an ascent to stardom that doesn’t end in downfall, a story of perseverance, determination, and turning tragedies into joyful song.

Woodhead’s 2019 documentary (now more widely available online) covers Fitzgerald’s six-decade career, and it’s in its careful delineation of Ella’s vastly different musical phases that it truly shines. Our first glimpse of the star Ella would become is in 1934 at the Apollo Theatre in Harlem, where the then young girl made her debut at an amateur night. Dancer Norma Miller, who passed away last year, recalls seeing Ella that night. “We booed her,” she remembers. “They were introducing somebody we didn’t know. We were a bunch of rowdy teenagers in the balcony … Can you imagine? We booed Ella Fitzgerald!”

Originally, Ella hadn’t even planned to sing. An aspiring dancer, Fitzgerald came to the Apollo Theatre with a dance routine, but after seeing the amazing Edwards Sisters who preceded her act, she made a last-minute decision to sing instead. It was a gut instinct that would change her life forever. As Miller recalls when Ella began to sing, “She shut us up so quick, you could hear a rat piss on cotton.”

The film skips through Fitzgerald’s evolution as a singer and performer from her early post-Apollo days when she sang under the baton of bandleader Chick Webb, to brilliantly segueing into bop, improvising, as British singer Laura Mvula marvels in the film, to the point that Fitzgerald “could solo using her voice to the same level, with the same ease that a trumpeter or a saxophonist could.” Music writer Will Friedwald also marvels at Ella’s harmonically sound improvisations, reciting a long list of songs she wove into a five-minute scat rendition of “How High the Moon.” “What kind of a catalog do you have in your head to be able to do that?” he wonders, still amazed by Fitzgerald’s genius.

In the third musical act, we see Fitzgerald smoothing out her vocals to take on ballads of the Great American Songbook, under mentor Norman Granz. At a time when race relations were hardly progressive, the fact that Ella’s collection of songs by the Gershwins, Berlin, Arlon, et al were a mainstay accompaniment to every suburbanite’s home hi-fi, is in and of itself a testament to Fitzgerald’s universally acknowledged appeal. That’s not to say Ella escaped the rampant racism of the time, however. Segregation affected her life in myriad ways, from being barred from certain clubs and TV programs, to being arrested with members of her entourage in Houston in 1955.

One of the rare gems in Just One of Those Things is a clip that was never actually broadcast from a radio interview Fitzgerald did in the 1960s. In the interview, she spoke out against racism, urging for the education of younger generations in the hope that they might grow to fight against intolerance. While the clip never reached listeners at the time, Tony Bennet comments in the doc: “She never made a political statement, except when I heard her say three words. And it was the most complete definition of the complete ignorance of the world and the way they treat African Americans. She said, ‘Tony, we’re all here.’ In three words, she said the whole thing.”

This glimpse into Ella Fitzgerald’s psyche is a singular moment in the documentary, which otherwise speeds along without bringing much of the singer’s personality to the fore. It is suggested in the doc that Fitzgerald suffered from loneliness when she was off the road, after an early marriage and divorce. Her adopted son, Ray Brown Jr., whose on-camera moments incite the most emotional moments of the film, seems to confirm this in his recollections of his strained relationship with his mother. Mostly keeping these sorrows to herself, the documentary does offer a rare Fitzgerald voiceover implying an innate loneliness, laid against a recording of her singing “A House is Not a Home.” We are offered the idea that, in touring nearly 42 weeks a year, it was in fact her adoring audience that became her true soulmate. There is naturally some melancholia in this image, but not enough to spin Fitzgerald’s legacy into a last-minute tragedy.

Woodhead may have had a tougher time conveying the kind of exciting narrative momentum that a Billie Holiday doc might offer, but in the place of any kind of obvious tragic downfall the director allows Fitzgerald’s music to fully shine through. During the course of her impressive career, Ella Fitzgerald won almost every prestigious musical award, earned the nicknames Queen of Jazz, First Lady of Song, and Lady Ella, and enjoyed a life-long career that has far outstretched her own lifespan. More than just showing us Fitzgerald’s career triumphs though, Woodhead’s documentary beautifully demonstrates that Ella’s greatest achievement was paving the way for countless other artists, leaving behind a body of work and story of self-belief that will continue to inspire generate to come. That kind of timeless legacy is most definitely not just one of those things.

2 comments on “Ella Fitzgerald: Just One of Those Things”