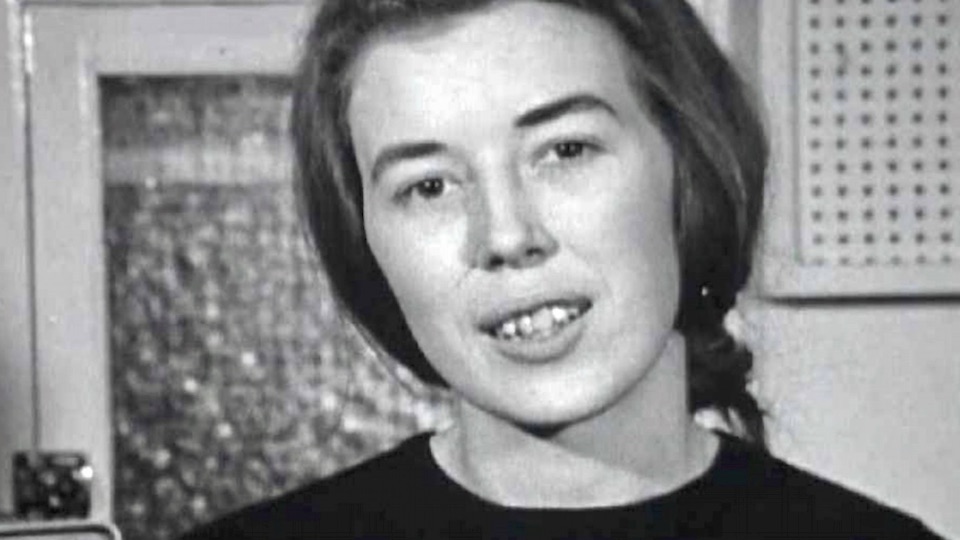 The idea that there was a time before electronic music is hard to fathom, despite our logical ability to say “Well, it wouldn’t have existed before electricity.” At some stage, musical geniuses went from saying “How can we try to replicate instruments using electronics?” to “How can we make music simply through electronics?” These people turned samples from the world into psychedelic melodies, created the first synthesizers, and paved the way for some of the greatest hits of all time. From Pink Floyd and Vangelis to today’s Dubstep and Chillwave genres, the way we experience modern music simply wouldn’t exist if it wasn’t for these pioneers.

The most influential name among them is Delia Derbyshire.

Derbyshire, sometimes referred to as “The Sculptress of Sound”, was born in 1937 in Coventry, England. Delia had The Blitz as her soundtrack; the music she experienced was only the hymns of Catholic services. As she grew, however, she learned piano and then violin at Barr’s Hill Grammar, where she obtained a scholarship. Singled out for her mathematical ability more than her music, she won a scholarship to study at prestigious Cambridge University. In a rare interview, she told Surface Magazine, “I managed to persuade the authorities to allow me to change to music, much against their judgment. After my degree, I went to the careers office. I said I was interested in sound, music, and acoustics, to which they recommended a career in either deaf aids or depth sounding. So I applied for a job at Decca Records.“

Decca’s reply was archaic. They didn’t employ women. Fortunately for modern music, the BBC did not have such standards and by 1960, Derbyshire was working for their Radiophonic Workshop. For the next eleven years, she remained, spending the time creating over 200 pieces for music, television, and film as well as setting up Unit Delta Plus (the British organization for promoting electronic music in the sixties).

During the sixties, Delia recorded a piece with Anthony Newley (who had just written “Goldfinger” and “Feeling Good”) and started her own band, White Noise. While not reaching heights of fame, the band is still mentioned as an influence by artists like The Chemical Brothers and Sonic Boom.

In 1966, Delia exhibited new music at The Million Volt Light and Sound Rave, famously known for being the only performance of The Beatles “Carnival of Light”. By then she was definitely on the radar of the most famous band in the world. Only in 2013, Paul McCartney would tell the story of how he engaged to experiment in turning “Yesterday” into the band’s first electronic piece. A year after the festival, Delia would write and produce the backing music for Yoko Ono’s “Wrapping Event” and in 1968 would entertain visits from Pink Floyd.

Related: “The Beach Boys and The Beatles Inspired Each Other”

Despite her pioneering of one of the biggest musical movements of the 20th Century, Delia Derbyshire is rarely remembered. In fact, her most passionate fans are less music buffs and more sci-fi fanatics. In 1963, taking the composition from Ron Grainer, she took test-tone oscillators, (used for calibrating equipment), the sound of a single plucked string from a bass, and a whole lot of analog tape to create the now-iconic theme tune to Doctor Who.

By the 1970s, Delia had grown tired of the British Music scene and became a radio operator, followed by working in an art gallery and museum. It was not until the nineties that she returned to the public eye, making appearances at Dr. Who conventions and working with Peter Kember of Sonic Boom.

After Delia passed away in 2001, 267 reels of audio and hundreds of scores were found in her home. They now form part of a collection at The University of Manchester and have been digitized for posterity.

2 comments on “Delia Derbyshire, the Mother of Electronica”