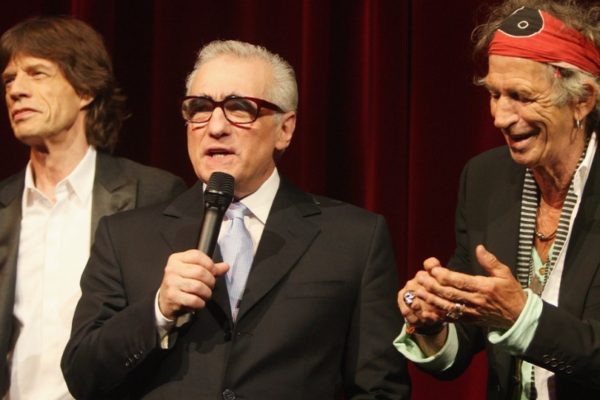 At the Museum of the Moving Image in Queens, New York, an exemplary exhibition devoted to Martin Scorsese recalls not only the auteur’s incomparable filmography (GoodFellas, Raging Bull, Taxi Driver, The Wolf of Wall Street…) but also how much music is a part of this director’s DNA. Indeed the museum has a gallery devoted entirely to his relationship to music. This is the guy, after all, who produced HBO’s Vinyl and directed Michael Jackson’s unforgettable music video for Bad. Although MMI’s exhibit comes to a close fairly soon (on April 23rd), Scorsese’s legacy as a documentarian of rock – and the music that informed it – can be experienced wherever you are.

Scorsese didn’t just produce PBS’ seven-part series The Blues. He also directed the first installment, which digs into the roots of the music – both the Mississippi Delta and Africa (Mali, to be specific). Yet with all due respect to Scorsese and his co-narrator, musician Corey Harris, the highlight of Feel Like Going Home is the archival footage of legends like Lead Belly, John Lee Hooker, Son House, Johnny Shines, and Muddy Waters. You get the sense that Scorsese is trying to do cinematically what music preservationists John A. Lomax and his son Alan (mentioned herein) did previously in audio form.

George Harrison: Living in the Material World
Scorsese’s near-hagiography of George Harrison traces the artist’s evolution as a musician on an ongoing spiritual quest. The first half of this three-and-a-half hour biopic retells the story of The Beatles as if Harrison were the fulcrum, a talented guitarist whose artistic development was partially responsible for the Fab Four’s disbandment. The second half delves into his individual contributions as a creative force with achievements extending from songwriter (“Something,” “Here Comes the Sun,” “While My Guitar Gently Weeps”) to movie producer (Life of Brian, Time Bandits) to altruist (The Concert for Bangladesh).

No Direction Home: Bob Dylan
Initially screened on PBS’ American Masters in 2005, this Emmy-winning doc about rock’s Nobel-approved poet laureate is truly epic: It runs just shy of four hours. Despite its duration, the Bob Dylan biopic is not career-spanning but focuses primarily on the artist’s early years, specifically his early 20s, and features interviews with poet Alan Ginsberg, former girlfriend Suze Rotolo, and singers such Joan Baez and Pete Seeger among others as well as the man himself. For fans of Dylan, No Direction Home is truly a must.

Shine a Light
Is there a band that’s inspired more top-notch documentaries than The Rolling Stones? The Maysles Brothers gave us Gimme Shelter; Jean-Luc Godard, Sympathy for the Devil; and Robert Frank, Cocksucker Blues. As for Scorsese, his Shine a Light stands out among the pack because it manages to be so intimate even as its footage focuses so much on a single concert in their Bigger Bang tour. Credit Scorsese for enlisting ten — that’s right ten — Oscar-winning cinematographers to shoot the performance, and editor David Tedeschi, who collaborated with Scorsese on all these music docs except for The Last Waltz.

Much more than a historic document of a concert performed by The Band, The Last Waltz is a time capsule of a scene, as superstar after superstar steps out on the stage to sing with the guys. Some of the performances are lovely (The Staple Singers, Emmylou Harris, Neil Young); some are plain weird (Neil Diamond, poet Lawrence Ferlinghetti). What constitutes the movie’s highlight is a matter of personal taste but there’s a jaw-dropping aspect to seeing such a stellar lineup — including Ringo Starr on drums — all gather together to sing backup for Bob Dylan near the movie’s end.

Editor’s Note: The Scorsese exhibition at the Museum of the Moving Image has now closed.