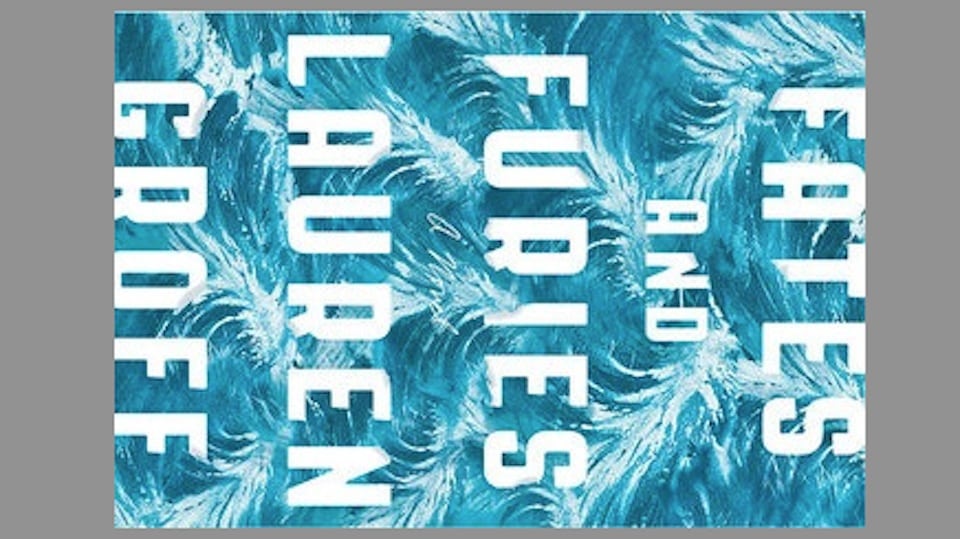 In Greek mythology, the Furies were female goddesses of vengeance. The three Fates controlled the thread of a person’s life from birth to death. Classical Greeks knew all too well how slender — and vulnerable — that thread could be and how quickly life’s certainties could unravel as a result.

Lauren Groff‘s searing new novel, Fates and Furies, centers on an apparently perfect couple, Lotto and Mathilde Satterwhite, who married hastily while seniors at Vassar. Lancelot (Lotto) is the hedonistic scion of a wealthy but complicated Florida family dominated by a mother not unlike Tennessee Williams’ Big Daddy, manipulative and emotionally distant. But Groff draws a thick curtain over Mathilde’s past as she paints an impressionistic portrait of two people drawn mesmerically and inevitably toward one another.

Their passion spirals them through post-college poverty as Lotto pursues his fancy of an acting career, supported by the practical and determined Mathilde. Friends and family populate their legendary pot-luck parties. And no wall, desk, bed or bower is foreign to sexual adventures. Decades pass, fortunes improve and Mathilde and Lotto decamp regularly to a new country home upstate. But not all is as it seems, and at the novel’s midpoint, the reader realizes that there’s been a fire burning underneath a narrative that’s about to boil over.

Fates and Furies is conventionally described as a pair of stories, the first half his, the second hers. But what marriage can be plumbed from just one point? There’s no understanding Mathilde without understanding Lotto – nor vice versa. Groff cleverly undermines our confidence that we truly do understand either of the partners, darkly hinting at unknown truths and motivations. As one reviewer put it, the axis on which Lotto’s “version” rotates is fate, the axis of Mathilde’s spins on fury.

Consciously or not, Lotto and Mathilde are cats on a hot tin roof and a line from the Tennessee Williams play does this novel unexpected justice: “When something is festering in your memory or your imagination, laws of silence don’t work, it’s just like shutting a door and locking it on a house on fire in hope of forgetting that the house is burning. But not facing a fire doesn’t put it out. Silence about a thing just magnifies it. It grows and festers in silence, becomes malignant….”

Fates and Furies has justifiably won nearly every major fiction award for 2015. President Obama recommended it to People magazine as his favorite book of the year. Groff succeeds on every novelist level: the core conceptual idea is fresh and engaging; the plot moves in complex directions with speed and confidence with every short chapter accelerating our interest and engagement; and she’s a magician with language, with every sentence and phrase crafted carefully and imaginatively. You’ll find yourself re-reading pages and paragraphs for the sheer pleasure of her descriptive and emotional power.

This exceptional novel is a roller coaster ride, one that suddenly and sharply reverses course to view two lives from a changed perspective. In the end, we’re left with beautifully unanswerable questions about the Furies and Fates that rule our own unwitting lives. Like Lear on the heath, sometimes we’re left with only the age of the furies to curse our fates.

Photo Credit: Fair use image of book cover for Fates and Furies.

0 comments on “Fate and Its Furies”