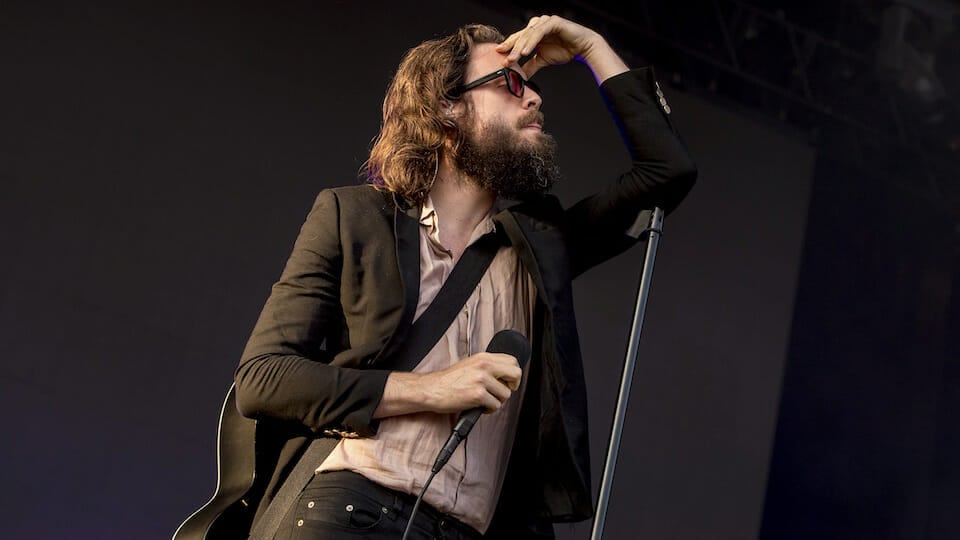 He drummed for Fleet Foxes, wrote for Lady Gaga, and now he’s releasing his fourth album under the priestly moniker “Father John Misty.” Who is he? He’s Josh Tillman, and he’s clearly maintaining the psychedelic indie flavors that his last “Misty” effort (Pure Comedy, 2017) started with this new release God’s Favorite Customer. While his previous LP was clearly created under the solo George Harrison school of thought, this new release veers more towards John Lennon territory with songs that are politically caustic, musically abstract, and vocally honest.

Admittedly, “Misty” set a high standard. At the 60th Grammy Awards, Pure Comedy was nominated for “Best Alternative Music Album” and “Best Recording Package” for its deluxe edition. That was an album of stratospheric soundscapes, a sound antithetical to pop simplicity; “So I’m Growing Old on Magic Mountain” and “Leaving LA” both clocked in at more than nine minutes and neither seemed a minute too long. So, it’s no small order to follow up such an epic recording with something equally remarkable. Where God’s Favorite Customer succeeds is in maintaining a similar wall of sound of Spector-like proportions while focusing on swampy tempos and self-reflective lyrics. This change is reflected even in the album cover which replaces the ornate, multi-textual look of Pure Comedy with a neon-tinted photograph showcasing Tillman’s natural good looks. In other words, he’s going less for the “artsy,” more for the “human.”

The piano ballad “Just Dumb Enough to Try” is fittingly and longingly reminiscent of the Plastic Ono tracks which alienated Lennon from so many listeners due to lyrical descriptions of failure and self-doubt. Slow blues burner “Date Night” is even more barren. The opening line “Nothing surprises me much,” a particularly painful zinger, must complete with screaming electric guitars and psych reverb vocals. It’s somehow both trippy and hip. Meanwhile, “Please Don’t Die” is a lovingly recorded bit of ‘70s folk-rock bombast with a blaring freak-out harmonica in the background. Tillman is a man of many instruments and his use of guitar, mellotron and piano bring listeners back to a pre-“Autotune” age. “Disappointing Diamonds Are the Rarest of Them All” should be noted not only for its melody but for an A-list cameo appearance by Mark Ronson on bass guitar.

The current album also features a nicely sensual array of synths and keyboards. Talking to Consequence of Sound prior to the release, Tillman admits “I have to put a new bass synth part on [it]. I spent hours just screaming, crying in frustration going through synth patches trying to find the right one.” Studio perfectionism may have driven him crazy, but the resulting ‘60s loops on “Hangout at the Gallows” are seared with a sonic inventiveness that seems well worth the effort. “The Palace,” for its part, is more enjoyably spare, as it speaks of emptiness within a self-described “poem zone.” Stronger still is “The Songwriter,” a gorgeously meticulous melody of farewells which finds Roy Harper producer Jonathan Wilson keeping the mix solely on the piano and the vocals.

If God’s Favorite Customer sounds forlorn, it’s not entirely so. There’s a rubber elasticity to the title track, and playful particularities on the delightfully tongue-in-cheek “Mr.Tillman,” a meta- track of Pink Floyd awareness. As the artist himself admitted to Pitchfork magazine in 2017: “People have been saying to me since I was a kid, ‘I can’t tell if you’re being serious or not. Like how Eskimos have 12 words for ‘snow,’ I feel like I have 12 words for ‘funny’ in my mind.” In truth, Tillman is infinitely more fun than funny. There’s a jocularity here that adds to the pleasure of his music. It also leaves us wondering what’s to come. Perhaps his McCartney album?