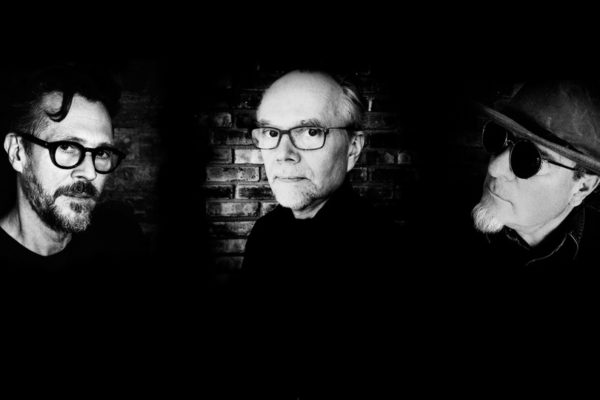 It’s not every day that a legendary band reunites after nearly 40 years apart to record a new record. Rarer still, a legendary record company comes out of the mothballs to stamp its imprimatur on the effort. But with this month’s release of the Suicide Commandos’ new album, Time Bomb, on Minneapolis’ storied Twin/Tone Records, two nearly unthinkable scenarios are suddenly upon us. While the album’s appearance and its label may not herald a new age of Midwestern Punk, it certainly provides an education about, and a reminder of, the brief, shining moment that was Twin/Tone and its incredible roster.

CultureSonar recently spoke with the celebrated co-founder of Twin/Tone Records and former Replacements’ manager Peter Jesperson about the Suicide Commandos and reintroducing his old record label to the world. Jesperson, who it’s safe to assume would know such things, calls the Suicide Commandos “the granddaddies of the Minneapolis music scene in the late ‘70s and early ‘80s” and credits them with introducing the concept of original songwriting into what was in the ‘70s a cover-driven bar band scene. The band – lead guitarist and frontman Chris Osgood, bassist Steve Almaas, and drummer Dave Ahl – carved out a niche not only as punk rockers, but as punk rockers who wrote and performed their own songs and were fearless performers.

“They clearly cut a path when there wasn’t one before,” Jesperson said. “They went to New York before anyone we knew went there, and also to the west coast. They were very aggressive about what they did in a cool, smart way.”

Adept CultureSonar readers (and is there any other kind?) have probably already realized that the Commados’ cool smarts had tremendous influence on what became the Twin Cities’ punk scene. It’s easy to trace a direct line from them to The Replacements, Husker Du and Soul Asylum, and they were instrumental in the creation of Twin/Tone Records.

“I was running a record store in Minneapolis and we saw all these indie labels come through and wanted to start a local label,” Jesperson said. “Osgood and [Twin/Tone co-founder and sound engineer] Paul Stark had the original idea, and I was recruited to replace Chris when [The Commandos] signed to Blank Records, which was Mercury Records’ ‘new wave’ imprint.”

Blank Records was almost DOA, and the Commandos broke up, but Twin/Tone released the live album The Suicide Commandos Commit Suicide Dance Concert as its first full-length offering in 1979. The label, led by Jesperson, Stark and the late sports writer and music critic Charley Hallman, prospered throughout the 1980s and 1990s, releasing albums from groups as diverse as The Slickee Boys, Babes in Toyland, The Mekons and many others. It became, along with Slash, Stiff, 415 and a handful of others, a touchstone for ’80s alternative acts who major labels wouldn’t yet touch.

So it was only natural, when a new Suicide Commandos album became a reality, that they should want to document it on Twin/Tone, which had for all intents and purposes ceased existing in the mid-’90s. The impetus came naturally and organically, when Osgood called Stark and asked if it was possible Twin/Tone could be resurrected for the release. After Almaas sent Jesperson a rough mix of their new material last fall, things fell into place rather quickly and easily.

(This is as good a place as any to pause and say a word about Time Bomb. It’s a good album. Maybe even a great album. Produced by the Commandos, engineered by Kevin Bowe (Paul Westerberg, Dan Wilson) and mixed by indie-rock lifer Mitch Easter (R.E.M., Big Star), it’s raucous and playful and punky and mostly very loud. It’s certainly better than anybody would have a right to expect from a group of guys playing in a band that hasn’t existed for 40 years and who are all on the other side of 60. CultureSonar readers could do a lot worse than to pick it up. The album’s May 5 release includes an initial limited run of 1,000 vinyl copies and is of course also available digitally. There may be a future CD release if the people demand it.)

With the release of Time Bomb, perhaps the most obvious and natural question is about the future of Twin/Tone. Will it return for good? Will it return ever, even for another one-off? Is there any way, in this digital age, for the label to recapture its past glory?

The short answer, per Jesperson, is “it’s anybody’s guess. If we can figure out a simple and fun way to make more records, and if we can come up with the right sort of funding, we’ll do it.” The current vinyl reawakening may or may not last, and the role of record labels is of course very different than it was in Twin/Tone’s heyday. There are, by Jesperson’s account, “five acts I’d do backflips to get on Twin/Tone and three of them are very eager to be involved if the label continues.”

Though he declined to name any of the acts, Jesperson sounded an optimistic note about future opportunities.

“I pretty much listen to everything I get,” he said. “I’ve never been the kind of guy to spot future trends, and I’m not exactly putting my shingle out to solicit new acts, but if somebody really catches my ear, it might be worth it to use Twin/Tone for A&R and distribution.”

“But,” Jesperson quickly noted, “if it ends up that [the Twin/Tone relaunch] turns out to be Commandos and nothing else, I’m totally happy with that, too.”

The Suicide Commandos’ new album Time Bomb is available through all digital outlets, select record stores, Amazon.com and through the Twin/Tone website.