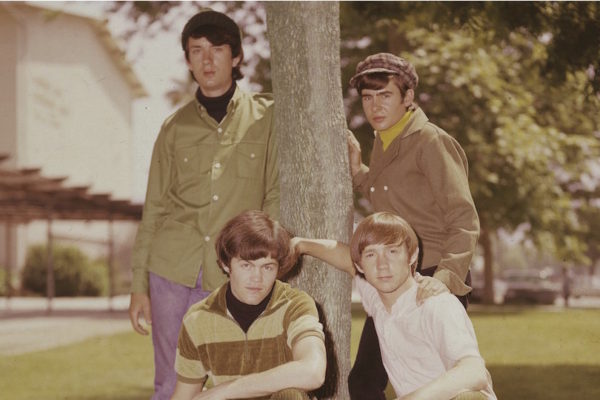 Did you know that The Monkees’ first three albums went all the way to number one? Or that their songwriter team included Neil Sedaka, Neil Diamond, Harry Nilsson, and Carole King? Or that they stopped generating original music around 1971, the year after The Beatles (their clear muses) disbanded? Sure they’ve made a couple of comebacks — first in 1986 thanks to MTV, then again in 2016 with the stellar album Good Times!— but many people think they’re just a made-for-TV band that cranked out chart-toppers like “Daydream Believer,” “I’m a Believer,” and “Pleasant Valley Sunday.” We’re here to correct that misconception with a list of songs you may not know that are equally catchy and (we feel) worthy of being singles.

1. “Papa Gene’s Blues” from The Monkees (1966)
Singer-guitarist Michael Nesmith provided a Nashville-like flair to many of the group’s earliest releases. (His comfort at playing twangy guitar was equal only to his love of wearing a toque.) This particular tune is a simple love song in which Nesmith spikes his catchy countrified solo with a perfect “yeehaw.” It’s hard not to imagine teenage girls of the time wouldn’t have embraced the opportunity to join in for a chorus of “I love you and I know you love me,” yet while this number appeared on the show, it was never released as a single.

2. “She” from More of the Monkees (1966)
This one shows off teen idol Mickey Dolenz’s upper range meshing nicely with the rest of the group’s well-honed harmonic abilities. The song (about a woman who treats her man worse than worse) is hardly romantic, yet the singer admits to being hooked nonetheless: “Why am I standing here, missing her and wishing she were here?” A relatively short song, “She” will stick in your head all the same. It’s that catchy.

3. “What Am I Doing Hangin’ ‘Round?” from Pisces, Aquarius, Capricorn & Jones (1967)
Here’s a prime example of a catchy hook coupled with a simple story. Sporting a jangly guitar, a solid bass line, and some interesting whip-cracking sounds, “What Am I Doing Hangin’ ‘Round” suggests a road not taken, as its “loud mouth Yankee” eventually hops a train back to San Anton’ before things get too hot and heavy with a Mexican senorita. Painful regrets ensue. Herein lies the eternal conflict of responsibility versus pleasure.

4. “Cuddly Toy” from Pisces, Aquarius, Capricorn & Jones (1967)
Comparisons between The Monkees and The Beatles are eternal, and Davy Jones’ lead vocals definitely sound like Fab Four-era McCartney. Written by Harry Nilsson, the song even feels like the latter group’s “Girl,” if it were given an up-tempo beat. The song is full of highly suggestive lyrics like “You’re not the only choo-choo train that was left out in the rain, the day after Santa came” and “You’re not the only cherry delight that was left out in the night, and gave up without a fight.” You can only imagine horrified parents, circa 1967, hearing their pre-teens singing along.

5. “Our Own World” from Good Times!
At once modern and a throwback, “Our Own World” — penned by Fountains of Wayne’s Adam Schlesinger — has the joyous simplicity of something by Peter Noone of Herman’s Hermits. Dolenz’s vocals are rock solid; Nesmith and Peter Tork harmonize as well as ever. Traditionalists may argue that this one doesn’t sound like a true Monkees original, but hey, it’s been 50 years. Why shouldn’t they evolve? The album was incredibly well-received but didn’t have any charting hits. That’s a shame. But if this is The Monkees’ swan song album, it’s not a bad way to go out.

24 comments on “5 Monkees Songs That Should’ve Been Singles”