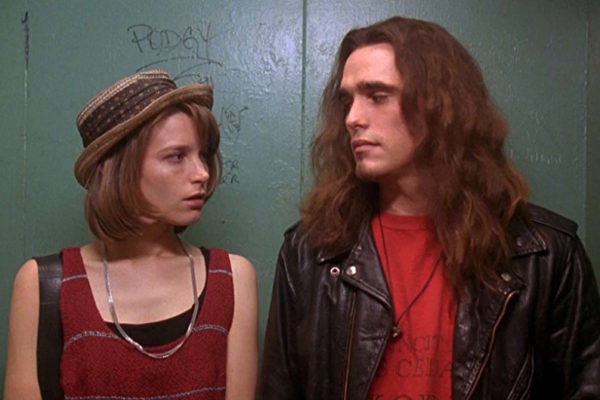 One thing that always impresses me about a movie is when it manages to create something real, something relatable for its viewers, when the world it constructs, as well as the characters that inhabit it, come to life and become more than just a vehicle for the director or the screenwriter to make a point. And the dialogue and sequences are no longer easy to second-guess, but seem to always be one step ahead of you. I’ve seen this achieved in movies from all across the genre spectrum, whether we’re talking about something as big as the mind-boggling visual dystopia of Blade Runner or as low-key as Cameron Crowe’s grunge-era portrait of Seattle Singles.

Crowe’s second directed-and-written effort is hardly a revolutionary movie. Nor is it one that will blow you away upon the first viewing. But the thing is, that was never really its purpose. Crowe made his directorial debut three years prior with Say Anything, an accurate representation of a high-school love story, where falling for someone and getting dumped for the first time are both life-shaping experiences. In Singles, those people (not literally the same people, but you get my point) have grown up a bit, have gone through a couple of more bad relationships, and are now in search of love, fun, good music, and ways to make a living, all while adulthood is knocking at their door.

What makes this premise truly work is just how accurately the main characters are depicted. We are following the lives of two couples: Linda (Kyra Sedgwick) and Steve (Campbell Scott) who both start off rather neurotic and skeptical about relationships; and Janet (Bridget Fonda) and Cliff (Matt Dillon), a less-than-ideal pair in which the beautiful, insecure girl is trying to get her rock-star boyfriend to appreciate her more. Oh, and there is also Debbie (Sheila Kelley) searching for her soul-mate in a story arc that serves mostly as comic relief. All of them feel like people you might totally know in real life, and by the end of the movie, they’ve become your friends. Their lives are ever-changing and moving which Singles captures wonderfully through its fast pace and short scenes. It is a film about little moments that stay with you, such as Steve and Linda bonding over his record collection in the beginning and then much later awkwardly reacting to her unplanned pregnancy.

Music plays a big role throughout, in true Crowe fashion. The soundtrack was a best seller on its own, featuring bands such as Pearl Jam, Alice in Chains, and Soundgarden, groups that characterized both the grunge movement and that era as a whole. Moreover, members of Pearl Jam appear in the movie as the rest of Cliff’s band, Citizen Dick. Additionally, one music trivia fact is that Crowe originally planned to feature Nirvana’s “Smells Like Teen Spirit” in the film but was eventually forced to leave it out due to budget concerns. (Crowe had picked the song before it was popular, but then couldn’t afford it because it became a hit during production.) Nirvana or not, Singles was still a success. Crowe did more than just give us a glimpse of a particular time and particular place; he created something wonderfully human, and this is why, 25 years later, Singles still stands the test of time.

Singles is currently available on Amazon.