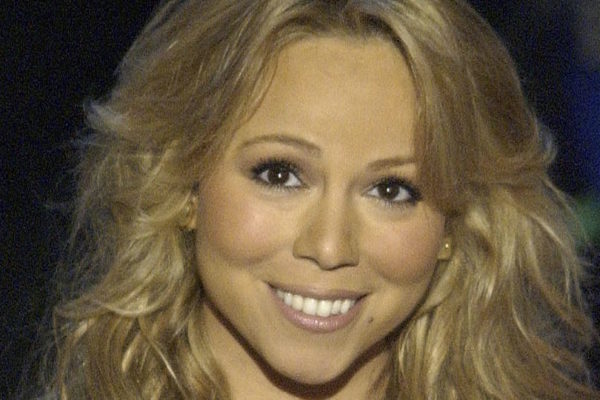 The viral Mariah Carey Moment has become as commonplace and recurrent as a cold sore. Since her infamous public breakdown in 2001 that culminated with a bizarre appearance on Total Request Live and a two-week hospitalization for exhaustion, Mimi has marked much of this century by generating as much attention for her weaknesses as her strengths. Her outsize, unpredictable diva personality and A-list name recognition make her a prime target for trashy tabloid media, whether she’s phoning in some lazy dance moves onstage in Vegas, “sulking in rhythm” through a faulty monitor mix during a live performance on New Year’s Eve, cracking a few holiday high notes in Rockefeller Center, or “throwing shade” at fellow icons Nicki Minaj and J-Lo.

Her latest bit of unwelcome attention is another live TV “fail,” this time on BBC’s Good Morning Britain. What should have been an easy promo spot for her upcoming UK Christmas shows turned into a PR disaster when the news of the Las Vegas mass shooting broke. Lounging on a sofa in front of a Christmas tree, Mariah was rightfully taken aback not only by the tragic news story, but by Piers Morgan’s aggressive questioning about it. Her frozen, deer-in-the-headlights non-answers immediately sparked outrage on both sides, with half of the social media universe decrying her “inappropriate” responses and the other half defending her for being blind-sided. The post mortem from both camps are irrelevant; the fact remains that our nation’s cruel, gossip-fueled collective unconscious finds more entertainment value in Mariah Carey as a celebrity train wreck than as a musician. And for that, we should all be ashamed of ourselves.

Make no mistake: Mariah Carey is one of the greatest vocalists, male or female, that America has produced in the last 30 years. Her singular instrument, monstrous chops, and artistry as a song stylist put her in a class all by herself. Her influence on a generation of modern pop divas is immeasurable, from Beyonce to Ariana Grande and everyone in between; to this day she can stand onstage with nothing but a microphone and a hot band and effortlessly sing circles around all of them. (Psst! Are you listening, Mimi? Ditch the “sailor boy” backup dancers and get with a hot NYC rhythm section.) Yes, she’s a grandstander who seems barely able to mask her disdain for people, places and things that she considers beneath her. But hey, she’s an Aries and a native New Yorker! I share both of these qualities with her, so I feel her pain. And unlike most self-described “divas” who simply use that title to justify a mild personality disorder, Mariah can actually back it up with one of the premiere voices in pop music history.

“Vision Of Love,” her debut single and the title song of her 1990 debut album, is a bona fide pop masterpiece and the shot heard ‘round the world. Over a backing track that’s both modern and old-school (late-‘80s dance/synth production sheen injected with gritty NYC studio player grease from guitarist Jimmy Ripp and uber-bassist Marcus Miller), Mariah’s rich soprano effortlessly swoops and soars along a beautiful, bluesy melody that’s in sync with the spiritual longing of the lyrics. Those dazzling, stratospheric “whistle” notes in the last chorus are window dressing compared to Mariah’s soulful conviction and emotional force throughout. That song contains some serious mojo, and every one of Mariah’s televised performances of “Vision Of Love” — from SNL in 1990 to Jimmy Kimmel in 2017 — is pure magic.

Want more proof? Check out her MTV Unplugged show from 1992. No dancers, no flashing screens, no backing tracks: just Mariah, looking NYC chic in a black leather jacket and jeans, singing her ass off in front of a super-tight band. No matter what the era, rock-solid songwriting craft and amazing musicianship will always speak for itself. And who else could sing The Jackson Five’s “I’ll Be There” in its original key, and take it to number one all over again 22 years later? (Top of the Billboard Hot 100 for two weeks in June 1992, my friends.)

And “Vanishing.” Oh, for god’s sake, “Vanishing.” If that song doesn’t send shivers up and down your spine, check your pulse.

In my humble opinion, she could have stopped after Unplugged and her place in music history would still be secure. But she didn’t, of course. In the quarter-century since Unplugged she has gone on to become one of the biggest pop stars of all time, selling 200 million records worldwide and redefining the Pop Diva for the 21st century. (She also gave us “All I Want for Christmas Is You” in 1994; say what you will about that song, but it’s a fine piece of songwriting and a modern holiday classic.) Yes, her 48-year-old voice has matured, but nobody sounds the way they did at 20 when they’re 48. I maintain that given the right setting and circumstances, Mariah is still capable of spectacular work. (Psst! Seriously, girl, back to basics. You know how we roll in NYC; we survive by hitting those grooves solid night after night. We’ve got your back. Just stand down front and sing and remind them who’s queen.)

She is also a human being, and prone to missteps like all of us. It’s disgraceful how we mock and bully our greatest artists when they stumble and falter, only to exalt and appreciate them after they’re dead and gone. (Think Michael. Think Whitney.) Haters and gossip-mongers, get with the program: as our nation currently stumbles and falters through this complicated new world, it’s more important than ever that we end this abusive relationship with our best and brightest and start to recognize true greatness again.

She’s won five Grammys and 11 American Music Awards. You haven’t. She’s had more number one hits on the Billboard Hot 100 than any other solo artist in history: 18 of them. And you? I’m guessing…NONE. She’s Mariah Carey, and you’re not. It’s time to back off and show her some respect for what she is: an American Icon.

PS. Learn more about some other female singers who’ve had issues or been otherwise “dissed” in our update on Shawn Colvin…and the women getting snubbed (so far) by the Rock and Roll Hall of Fame.