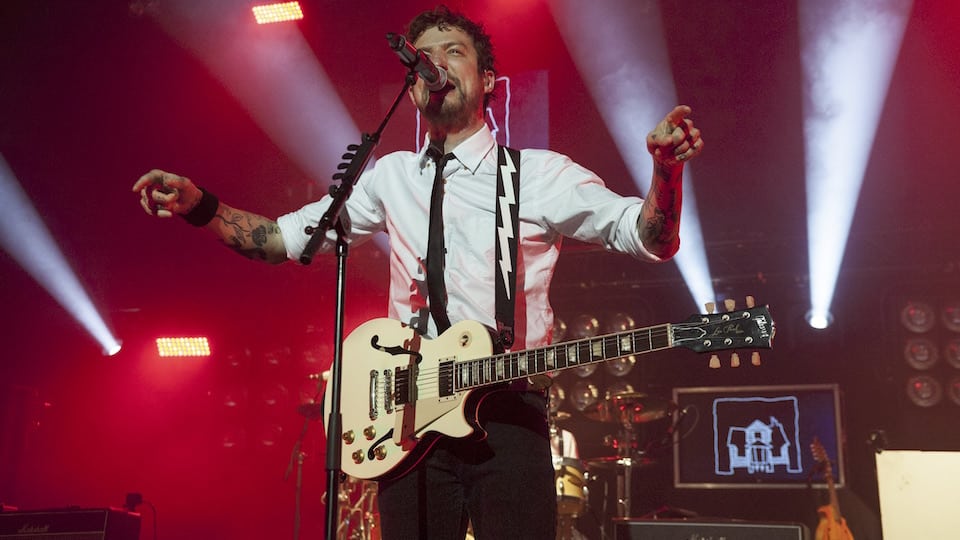 The desperate quest for fame doesn’t fuel every artist. Discussing his musical career (so far) with Portsmouth News, British folk singer Frank Turner admitted that “an awful lot of people have no idea who I am and don’t know my name. I’m fine with that. And it does tend to mean that the people that are into my music have purer motives. No one as of yet has come to a Frank Turner gig to be ‘seen’ or to be ‘cool’, do you know what I mean? And I think that’s awesome. I’d like to maintain that if I could.”

What a Difference Three Years Make

And in truth, Turner has always been a “live stage” darling whose albums have tended to feel a little “ropey” in the past. Not this time though. The three-year gap between Positive Songs for Negative People and this year’s Be More Kind has served the Hampshire songwriter well. He may not think his music is particularly cool, but when a blues song decries the year 1933, blares electric guitars with a scream worthy of Hendrix, and makes it abundantly clear that it’s anti-Trump, others may disagree. In short, Be More Kind is very cool. And when the record’s producers include Austin Jenkins and Joshua Block of the former psychedelic-rock unit Texans White Denim, then you know you’re in for a very, very cool record. “I wanted to try and get out of my comfort zone and do something different,” says Turner. Well, he has.

Past hits “The Way I Tend to Be” and “Recovery” were earnest acoustic ballads meant to convey lyrical moments of beauty. Here, Turner has veered in a rockier direction, abandoning initial plans to make a White Soul, Dexys Midnight Runners-infused record for songs of a more viperous and raw nature. It works. The searing “Make America Great Again” guitar riff is as aggressive as a “Pistols” lick and as funky as a Chic song. “Blackout” ventures even further down the dance direction as a decidedly pop-funk beat plays — danceable and hummable, pushing and pouncing on sonic barriers.

Which isn’t to suggest that Turner has lost his gift for lyrical gravitas. The album’s title track delicately plucked with strings fine and acoustic, is a sensuous foray into the introspective. The song’s opening lines “All the things I thought were true when I was young, and you were too / Turned out to be broken, I don’t know what comes next” have a power and a pathos that somehow holds strong for the song’s full four minutes. Inspired by the political events of 2016, as “the world decided to go collectively nuts,” Turner turns to the Roger Waters style of writing as he sings about the falling of the world. Much like Waters, he can write some stunning lines of the misanthropic beauty of “1933” are fiery and furious: “If I was one of the greatest generation / I’d be pissed / I’d be screaming at my grandkids / that we already did this.” The lyrical attack is further aided by army-like drum beats. It’s a powerful track.

Ultimately, however, this is an album for those who enjoy their music exorcised and political, though Turner thankfully avoids a sanctimonious soapbox. “21st Century Survival Blues” tells of stockpiling food for the impending climate-change-charged apocalypse (complete with a joyously tongue-in-cheek chorus), while the nihilistically titled “Little Changes” is cut from the same cloth as a Brian Fallon standard. As for “There She Is,” it’s strange, but wonderfully, romantic, as the 36-year old singer sings with the ballast that normally only McCartney and Springsteen can pull off. That said, “Little Changes” is destined to be a live favorite, complete with funky bass and jiggly chorus. There’s a variety of different sounds on this album, whether it’s a Motown-style sax or the reliable intimacy of Turner’s acoustic guitars. Frankly, it’s Turner’s best album yet.

Photo Credit: Frank Turner and the Sleeping Souls perform at O2 Guildhall on May 1, 2018, in Southampton, England. (Photo by Mark Holloway/Redferns courtesy of Getty Images)

1 comment on “Frank Turner Wants You to “Be More Kind””