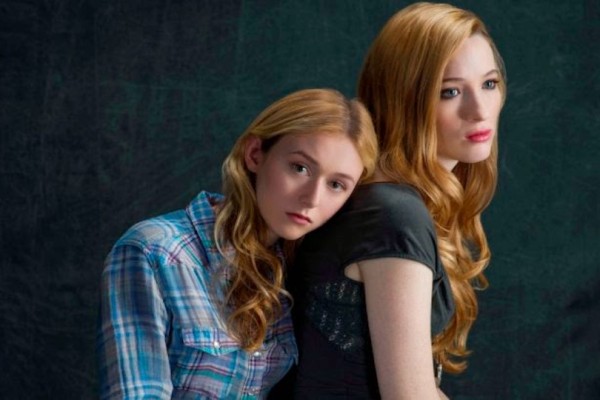 We’re accustomed to our zombies in full decomposition, bodies broken, clothing in tatters, heads cocked at odd angles, and mouths smeared with blood from recent snacking. Zombies have become formulaic, like vampires and Frankenstein monsters. Their meaning is skin deep and their sole purpose is to scare us under our beds. Should you want to cleanse your pallet with a very different take on the undead, check out the French TV series The Returned: Seasons One and Two are both available on Amazon. If you want to be hardcore about it, you can also watch the 2004 French feature film They Came Back (a.k.a. Les Revenants) on which The Returned is based.

Like the best horror films and TV, these two variations each tap into the collective unconscious of our time. The original movie opens with a procession of neatly dressed, healthy looking, mostly elderly individuals streaming out of a cemetery on the edge of a small French city. Cut to a meeting in city hall, where the mayor and a group of bureaucrats discuss the logistics of absorbing the 13,000 or so dead who have returned to this town. They are part of the 70 million dead who have returned worldwide, all having died within the past ten years.

The city turns a community center and other local facilities into emergency shelters for the returned where they can be identified, processed, and eventually rejoined with their families. Since many were retired, senior housing must be expanded. For those under 60, jobs must be found. One official expresses concern that these new workers will displace those who had been hired to replace them, and that younger workers will now have to support the burgeoning population of retirees.

Mental health professionals are brought in to help families adjust to their returned family members. Sociologists and anthropologists are recruited to study the behavior of the returned. Medical professionals closely monitor their health. The police and army track their movement with airborne heat-sensitive surveillance cameras. Though they appear in good health, the returned have a distracted affect. A doctor observes that their symptoms are those of people who have suffered a concussion or PTSD. Employers complain that they don’t communicate well. Everyone is pretty freaked out.

Though shot more than ten years ago, this fantasy about the sudden arrival of refugees in need of food, shelter, and protection strikes a timely chord. The advanced age of the returned and concerns about the burden they will place on the town’s resources also echo current concerns about the ability of French society to support its aging population. Later scenes of the returned trudging through underground tunnels suggest partisans using the sewers to evade Nazis during World War II.

The television series honors its source material with its slow pace and eerily internalized sense of confusion and dread. With the advantage of an episodic structure, the writers can stretch out, spinning a more elaborate plot line, drawing sharper portraits of the different families and individuals, and exploring the fissures that begin to divide the community. (Be forewarned: Season One concludes with a harrowing cliffhanger.) This is TV-making that strips away the hackneyed conventions of the zombie genre and presents us with a more naturalistic but no less disturbing exploration of how individuals and communities grieve and then respond to the unimaginable return of their loved ones. Pour yourself a big glass of French red wine and settle in for a gripping experience.