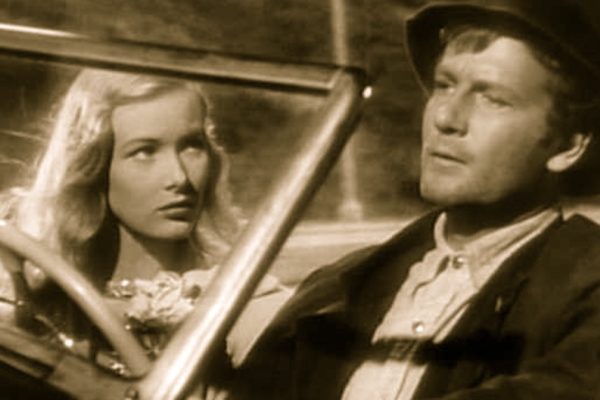 Some directors come out strong with their first feature, get noticed, and then go on a nice run in which, accounting for the occasional misfire, they amass 4 or 5 good to very good films in a 10 year period or so. Think Steven Spielberg, Quentin Tarantino, David O. Russell… Preston Sturges. Don’t know Sturges? Sadly, you’re not alone. But it’s time to remedy that. You can bet all the guys mentioned above know him well, and the Coen Brothers went so far as to name one of their films, O Brother Where Art Thou, after the film-within-a-film in Sturges’ Sullivan’s Travels. So looking at Sturges’ films isn’t just looking back; it’s looking at today through his outsized (if often unacknowledged) influence.

Arguably, no one in Hollywood history had a better run than Sturges, who directed 7 peerless comedies that rank among Hollywood’s finest in just an astonishing 4 years (1940-1944). Oh, and he wrote them too. It was an era when the big studios thought they had Directors, and then they had Writers, and never the twain shall meet. Sturges was one of the most highly esteemed writers in Hollywood, but Paramount had no intentions of letting him direct as well. To get to the Director’s chair for The Great McGinty, he had to agree to a writer’s fee of 10 dollars. In so doing, he proved that the twain could indeed meet, and paved the way for Billy Wilder, Woody Allen, Tarantino, and all the other writer-directors to come. It didn’t hurt that The Great McGinty won the first-ever Oscar for screenwriting.

McGinty and Sturges’ second film, Christmas in July, are fine films and well worth seeing. But the next five are nothing less than essential viewing.

The Lady Eve features Barbara Stanwyck at her tough-and-tender best, fleecing Henry Fonda as the world’s most gullible ophiologist (“Snakes are my life.”) The Palm Beach Story features Joel McCrea, Claudette Colbert, Rudy Vallee, and Mary Astor as a star-crossed quartet in a gaspingly funny farce that ends with a completely bonkers practically-out-of-Shakespeare resolution. (Sturges, who wrote some of the smartest and most ahead-of-its-time dialogue you’ll ever enjoy, was nonetheless extremely fond of completely bonkers moments.)

The miracle of The Miracle of Morgan’s Creek is that it somehow made it past the Hays Office. It’s about a young woman who goes to a dance for departing soldiers, gets drunk, and ends up pregnant with no idea who the father is. And her last name is Kockenlocker. How any of it got by the censors is still a mystery. Hail the Conquering Hero manages to simultaneously celebrate WWII heroes and satirize WWII hero-worship and features probably the best moments for Sturges’ stock company MVP, William Demarest.

And then there’s Sullivan’s Travels. Smack dab in the middle of the great seven, it’s probably one of the 2 or 3 best movies Hollywood ever made about Hollywood. Film director Sullivan, no doubt standing in for Sturges, believes America needs more than comedies and sets out to make a serious socially-conscious film, “O Brother Where Art Thou.” And in an amazing meta feat of art imitating art alchemy, it is by turns both a socially-conscious film and a rollicking comedy.   It has everything from pratfalls to deadly serious (but earned) moments, and eventually decides that there’s nothing in the world wrong with a little comedy.

And there’s nothing in the world wrong with going back and discovering these delightful comedies, which remain hugely influential to this day, and not just with the Coen brothers. Sullivan’s Travels was named one of AFI’s top 100 Films of any kind, and Sullivan’s Travels, The Lady Eve, The Miracle of Morgan’s Creek, and The Palm Beach Story were all named among AFI’s 100 funniest films.