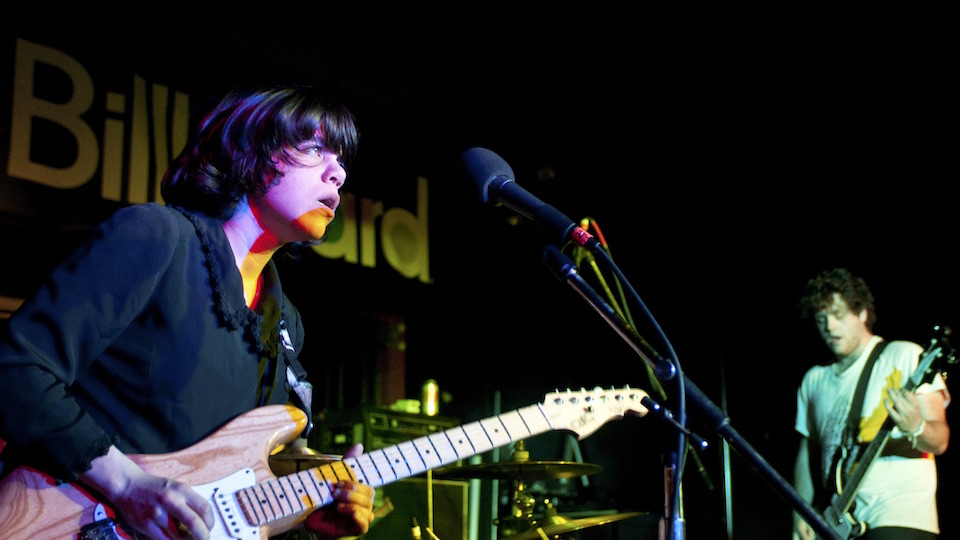 There is no shortage of “think pieces” grousing about the underwhelming state of pop music today. The usual complaints tend to be about the supposed sameness or lack of originality from young artists. While its true that Top 40 sometimes favors and, therefore, promotes cookie cutter acts, if you dig a bit deeper you’ll quickly discover that a fresh crop of new and up-and-coming groups and artists are here to undermine that assertion, via a slew of inventive releases in the past year alone. Here, then, are just four of the musical acts proving that the state of pop music is very strong indeed for 2019.

If you like Courtney Barnett, Morrissey, and Violent Femmes, you should give indie pop three-piece The Goon Sax from Brisbane, Australia a try. Louis Forster — son of Go-Betweens co-founder Robert Forster — and his bandmates James Harrison and Riley Jones write wryly sweet, angsty, and painfully self-aware songs that manage to capture what it feels like to be young and in (and out of) love. Taken out of context some of the lyrics might read as hopelessly naive but Forster and company puncture the melodrama with refreshingly self-effacing and awkward slices of life like this one from “Make Time 4 Love” (on 2018’s excellent full-length We’re Not Talking): “Now it’s the night before your birthday/ I tried to paint you something, it didn’t work out.”

Brooklyn’s Shanna Polley, a.k.a Snake, has been releasing DIY demos as “Snakeskin” on Soundcloud and Bandcamp for nearly a decade. Those bedroom recordings got hi-fi makeovers on 2017’s full-length I Love My Room and last year’s Hangnail. The good news? A full band and some studio sheen didn’t smooth over Snakeskin’s endearingly frayed edges. Polley sings memorably melodic vocal phrases over a steady churn of fuzz and woozy feedback on “Seize” and the excellent “Limbless,” evoking My Bloody Valentine and early-‘90s Smashing Pumpkins and Throwing Muses. The video for “Limbless” — directed by William Bottini — makes liberal use of Microsoft’s PowerPoint (you heard that right), a perfect visual counterpart to the band’s pixelated wall of distortion and dissonance.

Another female-fronted band combining noise and melody to wonderful effect is New Brunswick, New Jersey’s Screaming Females. Lead singer and guitarist Marissa Paternoster (who has proclaimed she is “Snakeskin’s #1 fan”) may be diminutive in size but her vocal pipes and guitar-shredding chops are immense. Think Sleater-Kinney meets Nirvana meets Jimi Hendrix. I saw them at SXSW several years back and Paternoster, Jarret Dougherty on drums and Mike “King Mike” Abbate on bass positively slayed the relatively small number of stunned onlookers. They’ve grown in popularity since and last year’s All at Once rightly showcases Paternoster’s gift for poppy hooks without losing any of the band’s propulsive ferocity.

The music that Philly-native Ron Gallo makes with sidekicks Joe Bisirri on bass and Dylan Sevey on drums gleefully snubs easy categorization. “Young Lady, You’re Scaring Me” and “Put the Kids to Bed” (from 2017’s Heavy Meta) feature fuzzed-out guitars and slap back vocals, the hallmarks of garage rock. “All the Punks Are Domesticated” from the same record laments that “all of the freaks have gone to bed” over a hurry-up/slow-down psychedelic drone. Last year’s EP Really Nice Guys found Gallo going full hardcore to rant against digital music algorithms (“Related Artists (for Fans of…)”) and building one song around a surreptitious recording he made of his mom’s boyfriend Jerry talking smack about other songs on the same EP! Wonderfully cheeky. The title track chugs along on a VU-like rhythm while addressing how hard it is to support a band of nice guys whose music, presumably, kinda sucks.