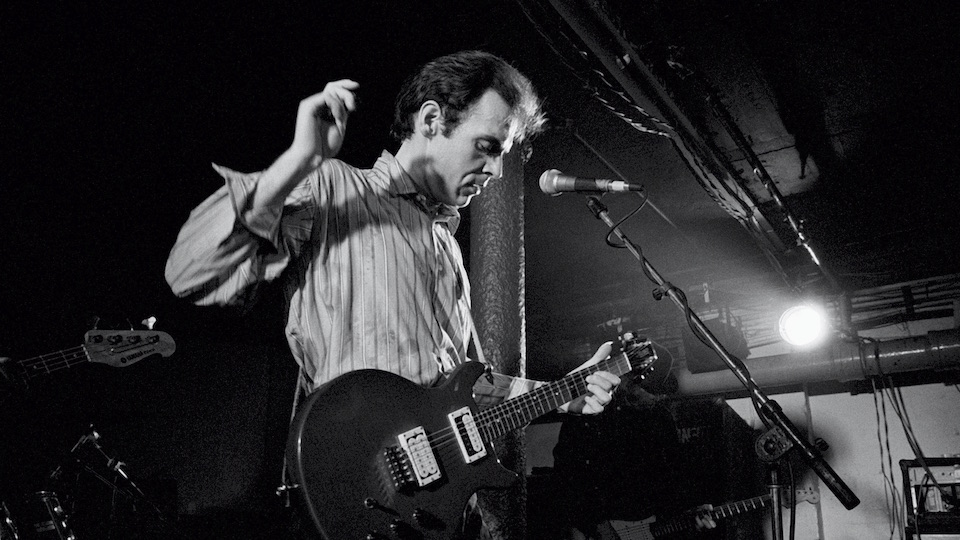 John Hiatt has been writing and recording memorable music since the 1970s. So why isn’t he a bigger name? If you’ve been listening to rock n’ roll, pop, soul or country over the past few decades, you’ve certainly heard his songs. Starting with Three Dog Night’s version of “Sure as I’m Sittin’ Here” in 1974, his tunes have been covered by the likes of Marshall Crenshaw, Emmylou Harris, Delbert McClinton, and The Jeff Healey Band. What’s more, Hiatt is not only a uniquely talented and versatile songwriter, he’s also a fantastic performer who puts on a killer show. Truthfully, there are so many gems in his catalog that you could choose any number for this list, but here are ten that made the cut.

This quirky tune is on 1980’s Two Bit Monsters. The song is from Hiatt’s “New Wave” period, a time when his record label was touting him as the next Elvis Costello. “Pink Bedroom” has been covered by Roseanne Cash, Lou Ann Barton, and (yes!) guitarist extraordinaire Albert Lee.

This country-flavored song is from Crossing Muddy Waters, an album which was recorded in just three days. It deftly shows off Hiatt’s caustic wit, and also fits nicely within the homemade, back-to-basics nature of the album.

Hiatt’s immersed himself in the blues on this number from 2014’s excellent Terms of My Surrender. The album is one of his best recent releases and showcases some solid work from versatile sideman Doug Lancio (who also produced the record) on banjo, guitar, and mandolin.

7. Riding With the King

The title track of Hiatt’s 1983 album features longtime Hiatt pal Nick Lowe providing some funky bass and backing vocals. Eric Clapton and B.B. King later covered the song on their album of the same name. That latter version features some re-worked lyrics from Hiatt, but it’s a fantastic track in either iteration.

This song from 1993 — is featured on one of Hiatt’s more straightforward rock n’ roll discs — it highlights his gift for ironic wordplay. The album includes several other excellent Hiatt numbers, such as “Buffalo River Home” and “Blue Telescope,” but this one stands out from the pack.

5. Have a Little Faith in Me

A beautiful song about love, redemption, and second chances, “Have a Little Faith…” has become something of a modern standard. Artists such as Joe Cocker, Jewel, Mandy Moore, and Chaka Khan have all recorded it. Ironically, Hiatt’s never released it as a single! His original version can be found on 1987’s Bring the Family.

4. Memphis in the Meantime

A very cool rootsy number, also from Bring the Family, this one shines thanks to excellent work from Ry Cooder on guitar, Nick Lowe on bass, and Jim Keltner on drums. The quartet later released an album in 1991 as the one-off side project Little Village. How do you not love a song that name-checks Ronnie Milsap?

This terrific tune was featured in the movie Thelma and Louise, via a cover by Charlie Sexton. It’s one of many Hiatt compositions to pop up on a film soundtrack. (“Take Off Your Uniform” was in American Gigolo; “Snake Charmer” in White Nights; “Confidence Man” in Road House; and so on and so on.)

A rocking rave-up that contains one of my favorite Hiatt lyrics: ”You were out of luck, well, luck was doin’ all right.” The track is part of 1988’s Slow Turning, an album which remains one of his strongest and most enjoyable records to date. Hint: This one’s a great starting point for newbies.

Thanks to Bonnie Raitt’s recording on her Grammy-winning comeback disc Nick of Time, this is one of Hiatt’s most successful songs. With all due respect to Ms. Raitt, I think Hiatt’s version is pretty darn good as well. Judge for yourself!